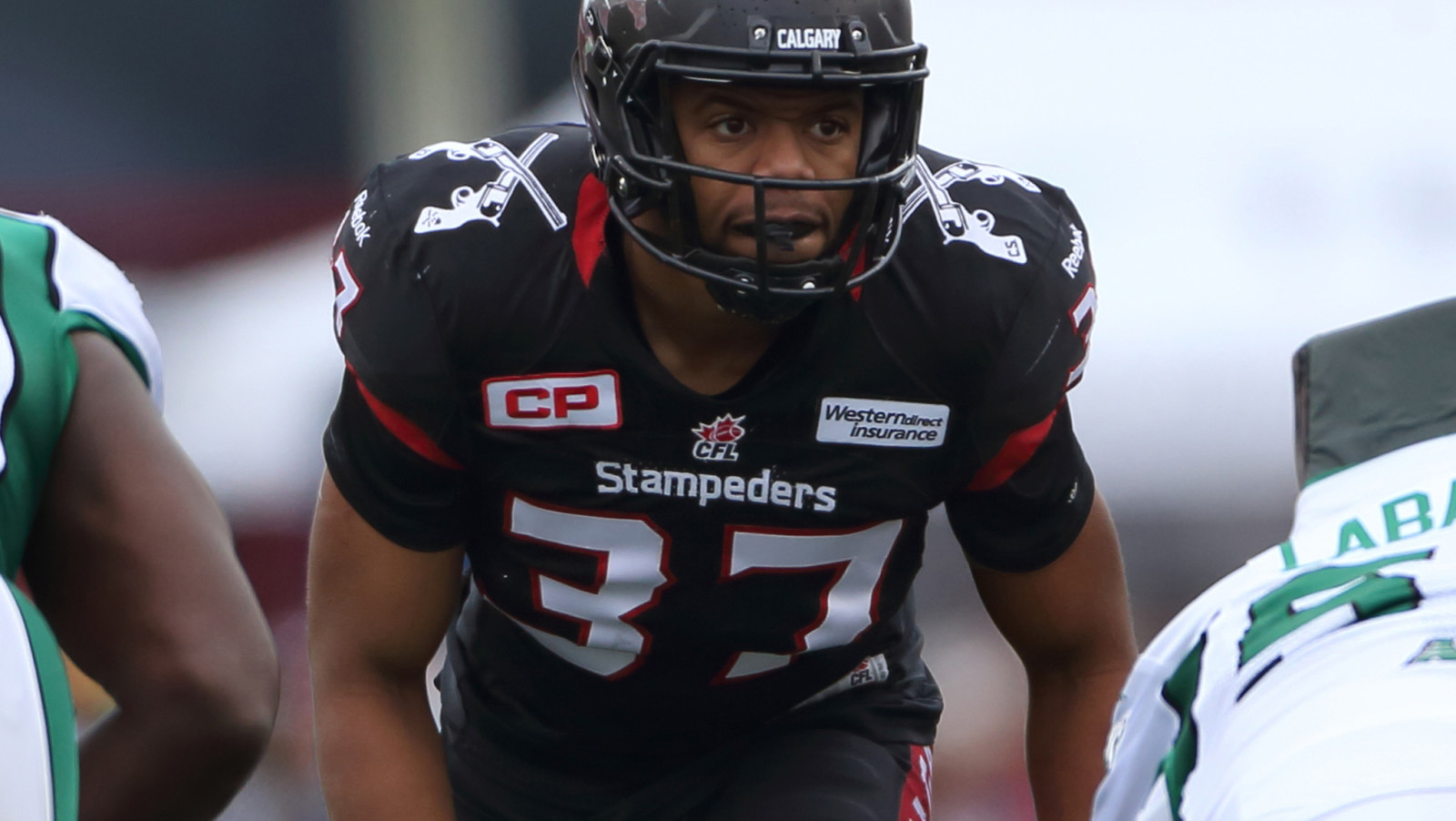 LB Maleki Harris lines up against Saskatchewan on Oct. 31, 2015 (Photo by David Moll)

It’s a year of big changes for the Calgary Stampeders with new coaches, new front office staff and especially on the field as the team has said good-bye to some familiar faces including Jon Cornish and Corey Mace (retirement), Eric Rogers (signed with the San Francisco 49ers), Jeff Fuller (Seattle Seahawks) and Freddie Bishop III (New York Jets). That opens up opportunities for new players looking to make an impact playing the game they love.

With the Canadian Football League off-season in full swing, teams are out combing the landscape in search of tomorrow’s next star as they organize tryout camps across the United States.

The Stamps will be holding free-agent tryouts during the months of February, March and April as they search for players to invite to their main tryout in Tampa, Fla., on April 16.

Stamps offensive line coach Pat DelMonaco will be heading up the talent search this year.

“There’s a great opportunity for (free-agent players) to showcase their talent and abilities,” says DelMonaco. “Every player is evaluated from the moment they start their workout to the moment they are done and even afterwards (by film) in Calgary if the position coach was not present.”

From there, 60 players are extended invites to the larger free agent camp in Tampa where DelMonaco says players will be able to showcase their skills in front of the Stampeders’ full coaching staff, team scouts and general manager.

Then, from the crop in Tampa, certain players will be selected to take part in main training camp in Calgary in an attempt to carve out a roster spot.

Out of last year’s outstanding crop, two players from the Tampa camp  — linebacker Maleki Harris and defensive back Ciante Evans —   wound up not only making the team but making an impact on the field. 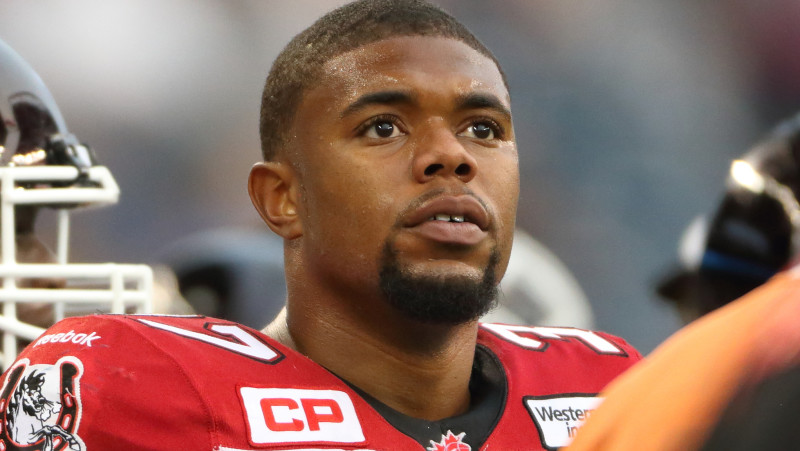 A linebacker out of South Alabama, Harris was impressed by how thoroughly the coaching staff ran the camp.

“Not knowing what to expect at first, it was definitely eye-opening,” says Harris. “The coaches did a good job of telling us what they needed us to do, evaluating our skills and also giving us a chance to go out there and prove why we were there.”

The soft-spoken linebacker describes last year as a ride to remember and a blessing as he was put through the paces in Tampa, invited to training camp in Calgary and eventually cracked the roster of the 2014 CFL champions.

It was the skills he displayed in Tampa that allowed him to stick in Calgary despite a rough start that saw him suffer an injury on the second day of training camp.

According to DelMonaco, the extensive evaluations done at the free-agent workouts are one of the reasons the Stampeders are able to weather injuries so well.

“We’ve seen a bunch of these players and we bring them up to Calgary knowing their abilities and we can then put them in a position to be successful,” he says.

“It’s just an extra opportunity for you to get exposure and maybe become part of a great organization like the Stampeders.”
— Maleki Harris

Harris is glad he took the opportunity to show up and work out for the Stampeders, which gave him a chance to continue to play the game he loves.

“I’ve heard the horror stories that go around (about professional teams holding tryout camps that don’t offer a legitimate opportunity to earn a contract),” says Harris. “But I feel like I’ve been treated A-plus.