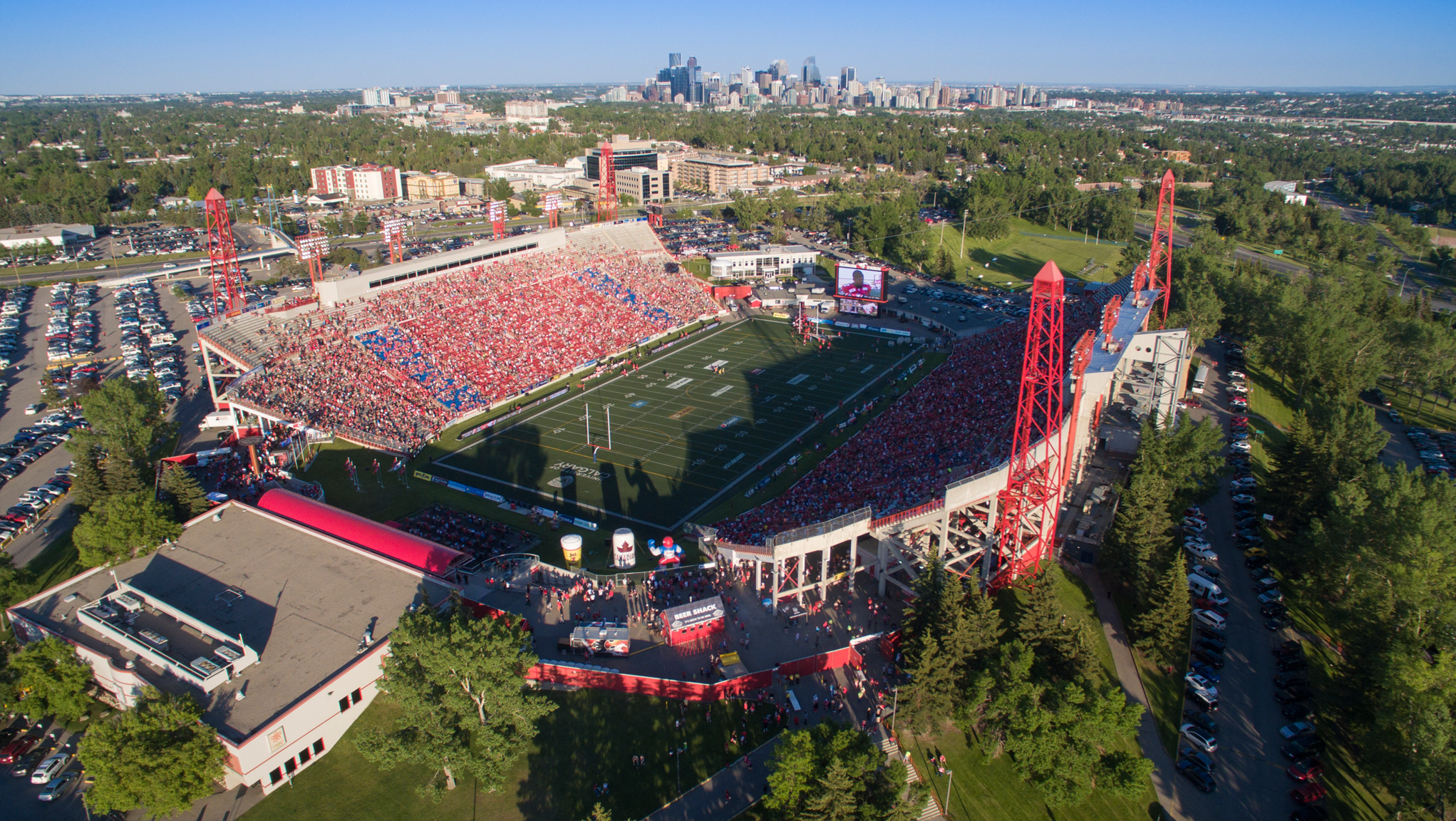 The Calgary Stampeders are pleased to announce their schedule for the 2016 Canadian Football League season.
For the first time since 2004, the Stamps will start the regular season on the road as they visit the BC Lions on Saturday, June 25.
The first regular-season game at McMahon Stadium will be played on Friday, July 1 as the Winnipeg Blue Bombers come to town. This will be the eighth time in franchise history the home-opener will be played on Canada Day. It’s also the first of three Friday home dates during the regular season, with the schedule also featuring three Saturday-afternoon contests, one Sunday, one Thursday and the traditional Labour Day Classic Monday match-up with the Edmonton Eskimos.
“There has been a great deal of effort put into the creation of the schedule and I firmly believe the end result is fair to all nine teams and ensures competitive balance in the league,” said Stampeders general manager and incoming president John Hufnagel. “Now that the schedule has been released, we’re one step closer to the start of the season and I look forward to seeing our fans pack the stands at McMahon for what promises to be another exciting season of Stampeders football.”
In addition to games on Canada Day and Labour Day, the Stamps will be in action on Thanksgiving as they make their first visit to the Toronto Argonauts new home at BMO Field on Monday, Oct. 10. Calgary’s regular season concludes on Oct. 30 in Montreal and the Stamps are bidding for a 12th consecutive appearance in the playoffs, which this season will begin on Nov. 13 with the division semi-finals.

The division finals will be on Nov. 20 and the champion will be crowned at the 104th Grey Cup game on Nov. 27 in Toronto.