Stamps were very happy with Pappy

Stamps were very happy with Pappy

He was the first Calgary Stampeders star.

As a matter of fact, he was a Calgary football standout even before the Stampeders were born in 1945.

Paul (Pappy) Rowe first distinguished himself as a member of the Calgary Bronks from 1938 to 1940. After serving in WW II — he was an officer in an artillery unit and saw active duty in Europe including the Normandy invasion — he joined Calgary’s new professional team, the Stamps, in 1945 and played through the 1950 campaign. 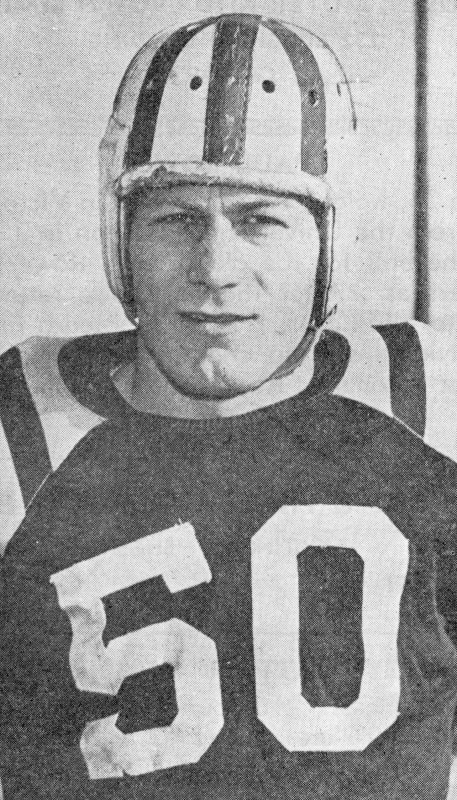 “He was so good,” former teammate Sugarfoot Anderson once recalled, “that we didn’t have to use an import at that position. He was a star. To tell you the story, the running backs of today shoot to get five or six yards to set up a short pass for the first down. When we played, we receivers would sometimes get upset because Rowe would get eight, nine and even 10 yards and take the passing game out of the picture.”

One can only imagine what Rowe could have accomplished had the war not taken away five years of his prime. He won the Dave Dryburgh Trophy as the top scorer in the West twice nine years apart — in 1939 with the Bronks and1 in 1948 with the undefeated Stampeders team that won the franchise’s first Grey Cup title.

In the midst of that 1948 season, Paul Rowe Day ceremonies were held at halftime of an Oct. 9 contest against Winnipeg. Rowe celebrated the occasion with a pair of touchdowns in a 35-3 Calgary win.

Rowe came up big in the playoffs that year for the Red and White as he led the team with 137 rushing yards and scored a touchdown in the second game of the two-game, total-point West final.

The Victoria, B.C., native was the Stamps’ all-time leading rusher until Howard Waugh overtook him in 1957. He spent most of his retirement years in Calgary and passed in 1990 at the age of 73.