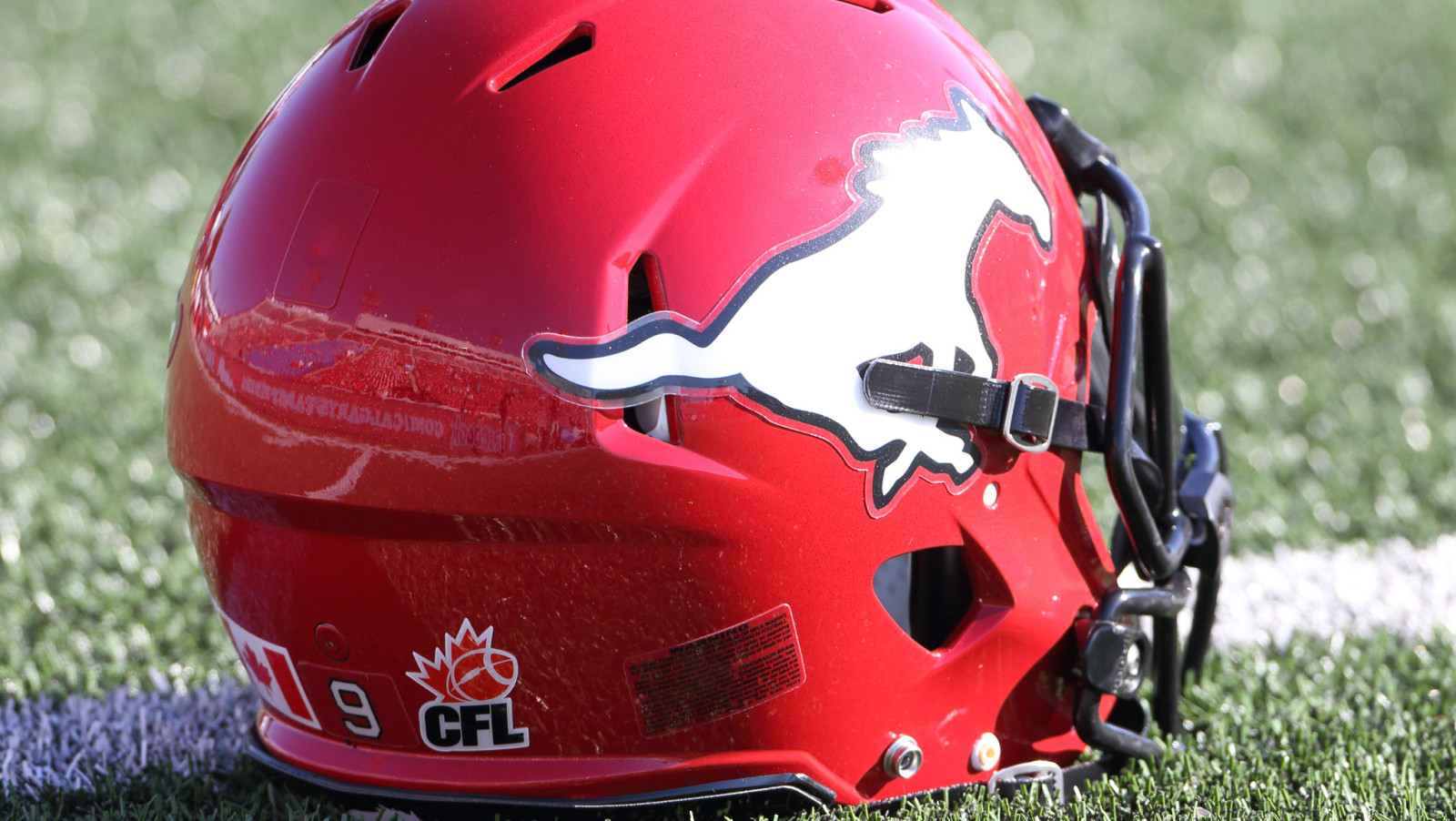 Stampeders head coach Dave Dickenson and president and general manager John Hufnagel took part in a teleconference with national media on Thursday. Here are excerpts from the Q&A session.

On the situation at running back with Jerome Messam and Tory Harrison:

Dave Dickenson: We’re going to let it play out. I believe in competition. We don’t believe we’re pigeon-holed into a certain ratio at that spot anymore. We have great faith in both and we want to add new players. I feel that will be a highly competitive training-camp battle but we are very confident in both those guys.

On the situation at middle linebacker, which includes newcomer Taylor Reed:

Dave Dickenson: He’s our veteran presence there. We signed him for a reason. We have some familiarity with the two young kids (Maleki Harris and Cameron Ontko), plus Max Caron. He’s had no luck (with injuries) but we feel he’s a good player. It’s like the situation at running back. The veteran guy, the guy who’s been around the longest, gets the first look, but they’re very competitive battles.

On possible concerns about the relative experience of the coaching staff:

Dave Dickenson: We’re a young staff. I still want Huff involved in game-planning — almost pre-scouting opponents. He’s got to be there if we get stuck on something as that extra voice, that guy who’s done it. As far as our staff, we have to gel a little bit but we’ll all been here, it’s just that our roles have changed a little bit. I really feel DeVone (Claybrooks) is ready to make that move (to defensive coordinator). He was probably ready a year or two ago.
John Hufnagel: I don’t agree (with the original question) that we’re inexperienced. We’re a staff that has grown. We try to build within our own organization with qualified people and the head coach and defensive coordinator were filled by highly skilled people. The only new coach we have this year is Corey Mace and in the little bit of time he’s been in this office, he’s done an excellent job. So I’m very pleased and comfortable and confident with the staff that we have.

Dave Dickenson: I think we actually see the game very similarly. Even situationally in games, we seem to be on the same page. Maybe our personality is a little bit different but, to be honest, we’re probably more similar there than people know. I’m going to be my own person, I’ve got to do what I feel is right and I’ve got a good guy to learn from.

On the desire for interchangeable offensive linemen in light of all the injuries at that position in 2015:

John Hufnagel: We’ve always had the philosophy of trying to not only draft the best offensive lineman at the appropriate time but one that has some versatility. We’ve had good luck in the draft with our offensive line picks and obviously, last year, we needed all that versatility to get through the season. I was very pleased with the way our offensive line and our entire performed last year with all the adversity they had to face and Pat DelMonaco, our offensive line coach, does excellent work.

On the transition process of John Hufnagel becoming a full-time general manager and Dave Dickenson stepping as head coach:

John Hufnagel: When I formulated this decision and got the OK from Ken King, I had a plan and when we decided to go forward with that plan, Dave and I had had many discussions about who’s responsible for what. We have it written down, so we have a clear path. The one thing we don’t want to occur is getting things confused. We will not confuse the players and we will not confuse the coaching staff.
Dave Dickenson: I don’t have much to add on that. We’ve had a great working environment here ever since I came on board. One thing Huff does, and I didn’t know this when I started working for him, he hires people and he lets them what he hired them to do. That’s the right philosophy in my mind and I’m going to try to do the same.

On the losses at receiver from last season’s team and the state of that position going into 2016:

Dave Dickenson: I’m not going to tell you we have the next Eric Rogers ready and loaded. He was a pretty special player. We’ve lost some size as well with Jeff Fuller going to the NFL. I did think that at our (free-agent) camp, the receiver position was as good as we’ve had. Both Huff and I feel that (free-agent addition) Bakari Grant was a nice find, a guy who was under the radar. We really like him. A smart player, a tough player. I think a great addition.

On the West Division in 2016 after numerous changes in the off-season:

John Hufnagel: I always believe going into each season that the West is going to very competitive and I don’t see it being any different this year. We know we have our hands full. We’ve made changes and you have to deal with change. I’m not afraid of change. If you’re afraid of change, then you’re in the wrong sport and in the wrong business. All the work you do in the off-season is what’s going to get you through and keep you being successful.

On the perceived battle for the No. 3 QB job between Bryant Moniz and Andrew Buckley:

Dave Dickenson: We normally don’t talk a lot about the third quarterback (competition). We understand that Andrew gets a lot of love (as a local product and award-winning CIS quarterback) and he’s a good player, but the focus of the team is still to get Bo (Levi Mitchell) ready and make sure Drew (Tate) gets enough reps so that if he needs to go in there, he’s ready. Bryant and Andrew have to do a lot with limited reps. I think both are smart players, both are good athletes and the pre-season will tell a lot. I think they’re on a fairly level playing field. I think our quarterback position is definitely a strength.

On ex-Stamps offensive lineman Brett Jones’ recovery from injury and his future:

John Hufnagel: I think his recovery is going very well and I didn’t see the New York Giants draft any offensive linemen this year so I think they’re still very high on Brett and he’ll have another great opportunity to be with that football team.

On where John Hufnagel plans to spend the game now that he’s relinquished coaching duties:

John Hufnagel: It all depends on whether there’s nice weather or inclement weather. (Laughs). I’ll be upstairs and will hopefully come down in the last minute or so to enjoy the victory.