Defensive back Ciante Evans during a game on October 21, 2016 (Photo by David Moll)

He may be small in stature, but on Friday night he proved once again that he more than makes up for it with his play on the field.

Ciante Evans, listed at just five-foot-11 and 170 lbs., finished tied for second on the team with four defensive tackles, posted a knockdown and corralled an interception.

The second-year Stampeder has a knack for bringing down opponents in the open field and once again had his talents on full display against the Argonauts. When asked about his ability to record much-needed tackles in space, Evans pointed to the importance of mastering the details.

“Preparing week in and week out on the fundamentals, on the little things,” explained the mild-mannered cornerback. “However you need to finish on a tackle, whether it’s your form or it’s your technique, you have to improve your craft week by week.”

As for his second pick of the season, No. 0 ensured he stuck with the play even though it initially appeared as though the intended pass may fall incomplete.

“I tried to catch it but it went off my hands and went up,” Evans indicated. “I knew that when I saw it go up in the air I just wanted to find and locate it as quick as I could to get my hands on it again.” 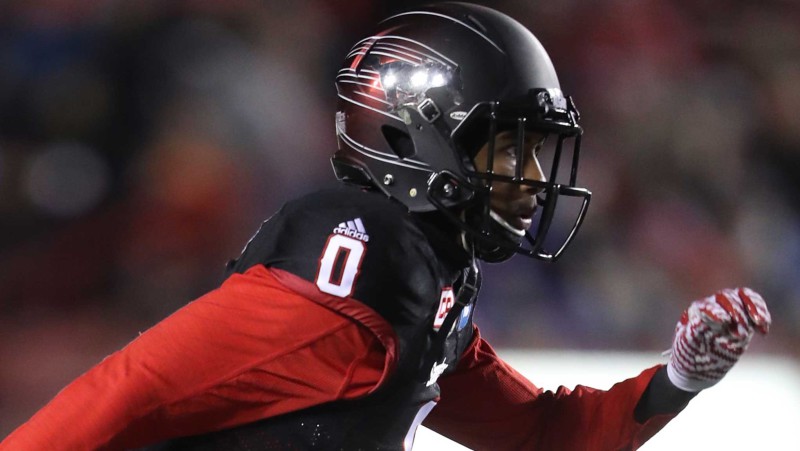 Despite committing the turnover credited to Evans, Ricky Ray of the Argos finished with over 300 passing yards and presented the Calgary defence with a variety of looks throughout the matchup.

“He’s a smart guy,” said the Arlington, Tex., native after facing Ray for the first time this season. “He knows coverages, he knows leverages and he can read a defence. He did a good job of keeping us on our toes and they did a good job offensively of doing some different things play-wise. But we were able to rally and make some plays.”

The 31-13 victory enabled the Stamps to finish their 2016 home schedule with an undefeated record, a feat Evans is proud to finally lay claim to.

“It’s awesome,” the former Nebraska Cornhusker uttered. “It’s one of the best feelings from an organizational standpoint and the players’ perspective. It’s a big opportunity to give us momentum going into the playoffs.”

Following the post-game Jerseys Off Our Backs event, presented by Safeway & Sobeys, 44 lucky fans received a game-worn jersey from a Stamps player. Evans was pleased to offer up his threads as a small token of appreciation for the ongoing loyalty of the Red and White fanatics.

“The fans have been supportive all year and we’re thankful for them,” stated a gracious 24-year-old. “We just hope to give them a good game every time we step out on the field.”