In its 2017 debut, the Red and White’s basketball squad picked up right where it left off.

Coming off a strong 2016 campaign, the Stamps earned a convincing victory at Georges P. Vanier School with hundreds of students sitting courtside to take in the action.

Highlights for the Stampeders included Wilson protecting the paint with a number of key blocks and Singleton banking home a three-pointer just ahead of the halftime buzzer. 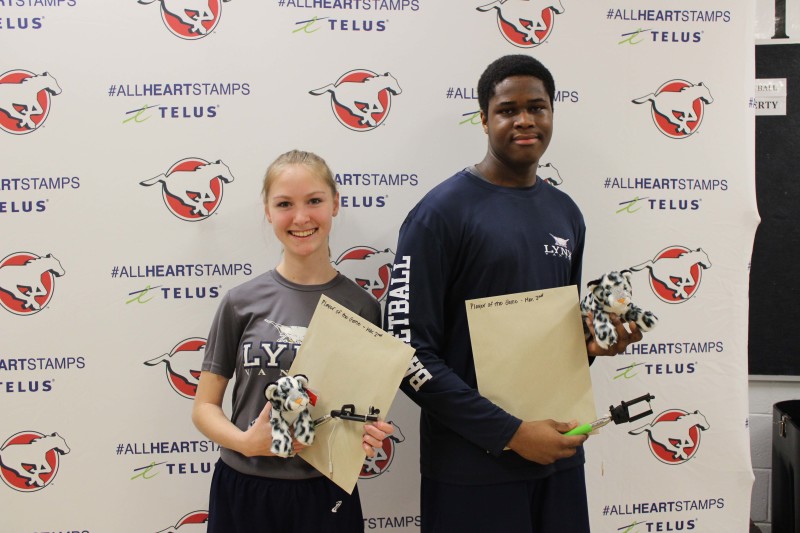 Abilene and Joshua were selected as the players of the game for Georges P. Vanier and each took home an exclusive prize package from TELUS. Both players were awarded a selfie stick, critter and calendar from TELUS as well as four tickets and food vouchers to an upcoming Calgary Roughnecks home game.

The Stamps will look to move to 2-0 tomorrow morning when they hit the hardwood at Langdon School.