An inside look into how the Scouting Bureau is assembled 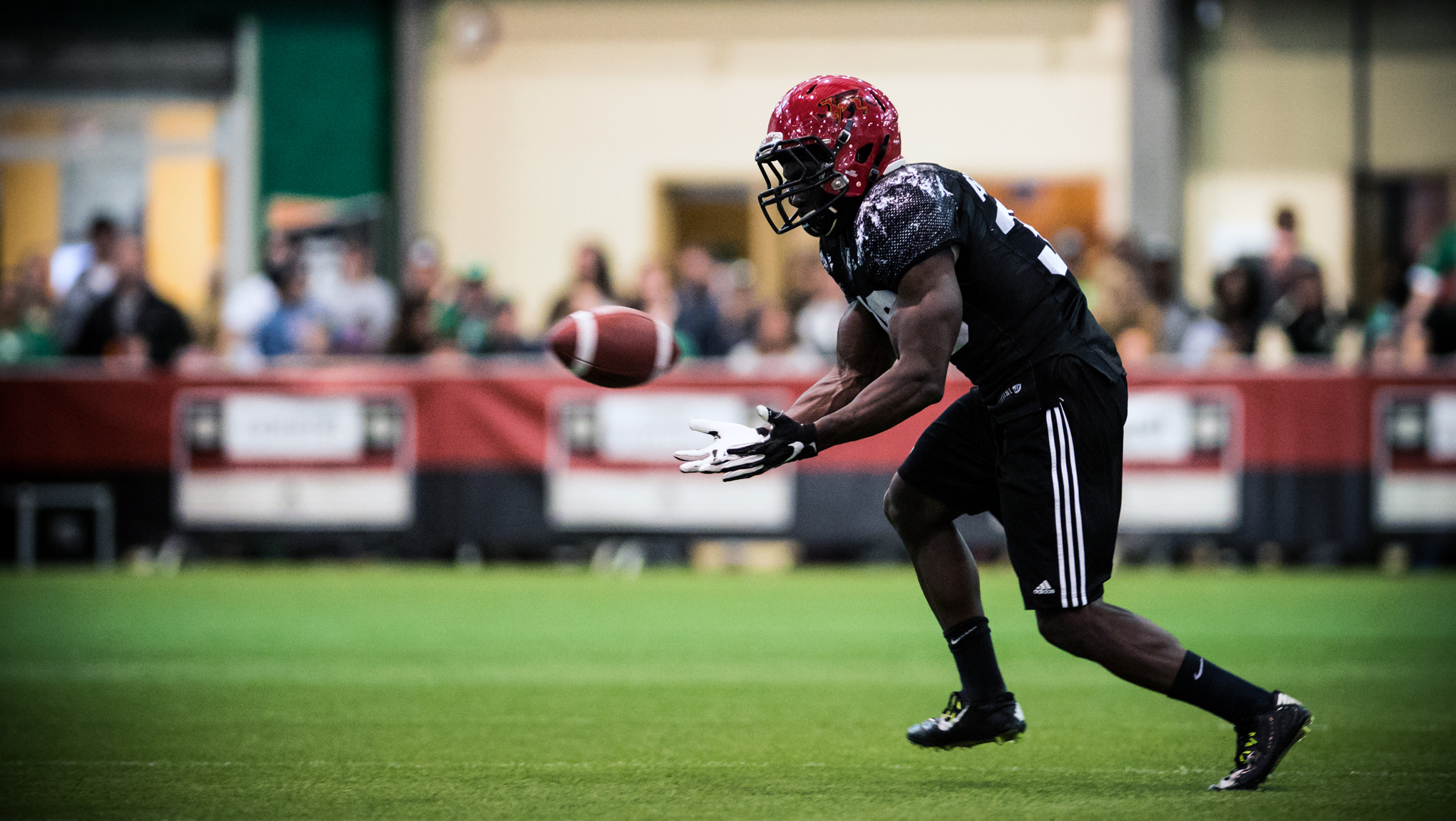 An inside look into how the Scouting Bureau is assembled

Keeping tabs on players from across U Sports and the NCAA is the biggest challenge that the CFL’s Scouting Bureau faces. While the Bureau is tracking the players that have long been on their radar, it often must account for players like Bethune-Cookman offensive lineman Dariusz Bladek, who realize late in their college careers or early in their attempts at a professional one, that they could qualify as a national player in the CFL.

Bladek began to look into his dual citizen status last year, but didn’t have his paperwork ready in time for the 2016 CFL Canadian Draft or the supplemental draft which followed. With everything in order this year, he took part in the draft combine at Mark’s CFL Week in Regina and jumped five spots from the winter ranking up to No. 10.

“(Late additions to the rankings) make it tough because it puts it on us to get it right,” said Ryan Janzen, the CFL’s director of football operations. The Scouting Bureau collects the information provided by representatives of all nine of the league’s teams, evaluates their data, fills in some any blanks that might remain and puts its list together three times a year. The Bureau’s final rankings before the CFL Canadian Draft released on Thursday. The draft takes place on May 7.

The Bureau was created in September, 2008 to help generate interest in the next crop of Canadian talent in the league. (Some fun trivia: Now-Edmonton Eskimos’ offensive lineman Simeon Rottier topped that first-ever Scouting Bureau list.) Before the Scouting Bureau, fans didn’t have a good opportunity to get know their team’s rookies until the season started. If it took a long time for a player to develop in a depth role, that could mean years of anonymity on a roster.

“(We asked ourselves) what can we do to get these guys’ names out there more in the media?” Janzen said. “It’s been good. You see a lot of stories about it. It does what we aimed for it to do: Create buzz and get names out there.”

Looking at this year’s draft class, Janzen doesn’t see a clear-cut No. 1 pick.

“Some years the draft will be really deep at one position. From what I’ve heard from teams this is a deep class, maybe deeper than most. There are no clear-cut top guys,” he said. “(Players who might be selected in the NFL draft) obviously plays into that. Who knows where some of those guys go, but there’s no guy, or two guys (that are locks to be taken first overall).


After the Bureau spends a year ranking these players, team execs could always end up going in a need-based direction, or opt to use their picks for other assets. Chris Jones took offers on the first overall pick right up until draft day last year before choosing offensive lineman Josiah St. John. Hamilton and B.C. swapped first-round picks last year, allowing the Tiger-Cats to take o-lineman Brandon Revenberg third overall.

There’s never an expectation of the top-20 going in the order the Bureau has listed, but when Janzen looks at the names on this final list, he feels confident in it.

“It’s been fairly accurate over the last few years, with most of those guys going in the top three or four rounds,” he said. “It’s got a pretty good track record.”