This year marks the 25th anniversary of the Stampeders’ 1992 Grey Cup championship squad.

In the coming months, we’ll be taking a look back at the squad that snapped the Stamps’ 21-year title drought and the cast of characters responsible for the conquest.

This time, we speak with defensive lineman Srecko Zizakovic. 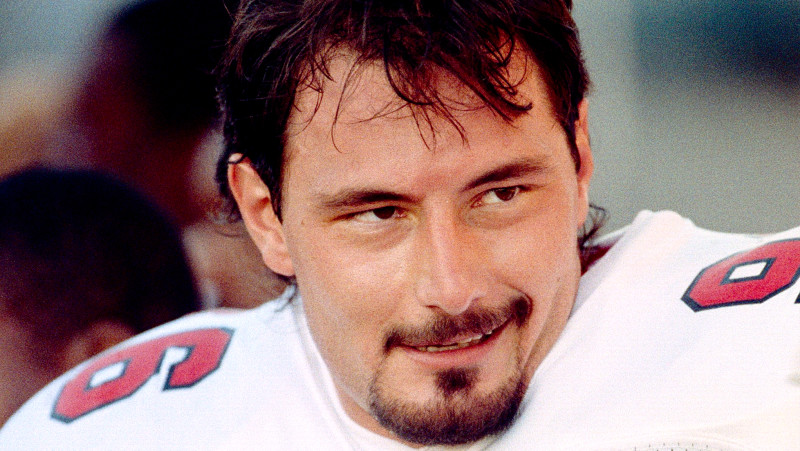 The setting for the Stampeders’ 1992 Grey Cup championship – Toronto’s SkyDome – was ideal for Srecko Zizakovic.

“For me,” recalls the former Stampeders defensive tackle, “the culmination was winning it in my hometown, where I was born and raised. Being able to look up at my parents and my brother (Lubo). Well, my brother was happy but he wasn’t so happy because he was playing in Hamilton at the time and they were one game away from playing us in the Grey Cup that year.

“But having two or three of my best friends there, my high-school coaches and guys I went to high school with watching, it was quite the thrill to be able to hoist the Cup and show it off to my parents and my buddies. You’re at the best of your game and there’s nothing higher than the pinnacle.”

Like many of his colleagues that season, Zizakovic recalls the single-minded determination of the 1992 team after falling just short of a championship the year before.

“More than anything, it’s confidence,” he says. “I tell people quite often that we knew in training camp we were going to win the Grey Cup. I mean, it wasn’t even going to be an issue. Part of it is that when you looked at the nucleus of the team we had and then I think (general manager and head coach) Wally (Buono) did an exceptional job of swapping out some players who didn’t fit – let’s put it that way – and bringing in some new guys, not the least of which was Doug Flutie.

“We knew once we had him and the receiving corps we had, the o-line and the athletes we had on the defensive side of the ball . . . We were like, ‘Geez, there’s nothing stopping us.’ ”

“It’s hard to go undefeated for 18 games in this league,” notes Zizakovic. “So our thought process was that we may lose a game here, we may lose a game there. A guy may get hurt and some adversity may come our way but we’re focused on what we need to do as a team.

“It was our business-like attitude. For me, it started with (defensive line coach Tom) Higgins. Tom was very business-like when it comes to his approach to getting ready for games. It was kind of like the Vikings rolling in – you see us coming and we’ll let you know we’re coming, but we’re still going to take your lunch, kick your dog and take everything of yours and we’re going to walk away. We were coming in to do a job and this is going to happen. You might not like it but we don’t care.

“It was just that game-in, game-out attitude of, ‘OK, who’s next?’ Then you do your best to prepare and to win. Ultimately, we came out with huge confidence in what we could do as a team.” 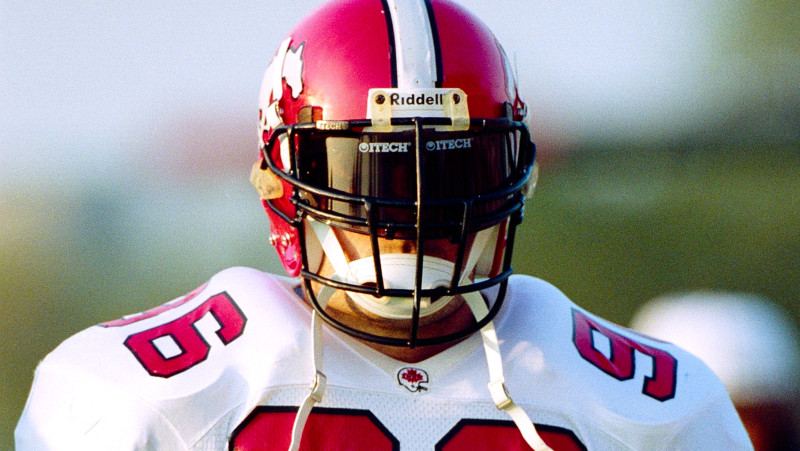 Zizakovic was part of a deep and talented defensive line including a quartet of Canadians – Zizakoc, Kent Warnock, Stu Laird and Harald Hasselback – as part of the rotation at the tackle spots.

“I remember when we played, we’d go out after the game because we weren’t flying out until the next morning and you’d eventually hook up with guys from the other team,” Zizakovic recounts. “And every one of those o-linemen was just cursing you. They’d say, ‘That’s B.S. that you guys have that much Canadian depth.’

“Having Tim Cofield and Will Johnson as our two American outside guys and then having what I would like to think are four very high-quality Canadian defensive linemen to play the interior. But more importantly, any one of us could play any of those positions. That was the beauty of our d-line.”

The Stamps defensive unit was stellar in the Grey Cup, holding Winnipeg to 216 offensive yards and keeping the Blue Bombers scoreless until the midway point of the fourth quarter.

“From a defensive player’s perspective,” says Zizakovic, “of course you want to put up the goose egg and unfortunately we let them have 10 points. But we were very, very happy with the whole body of work for that game, for sure.”

Zizakovic remained with the Stamps through the 1995 campaign, getting the chance to play with his brother for the final two seasons of his career.

He remained in Calgary after his playing days and since 2008 has been with oilfield services company Baker Hughes. Zizakovic is also heavily involved with the Stamps’ alumni association and is a former president of that organization. 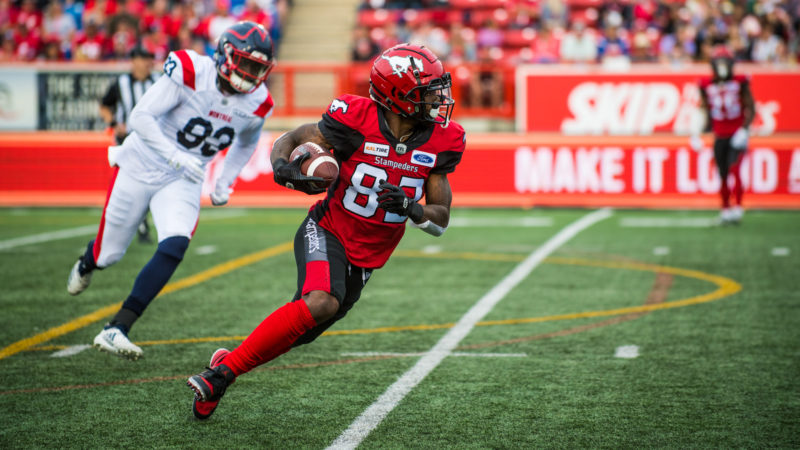