What Brown can do for you

What Brown can do for you

He didn’t arrive on the professional football scene by way of a prototypical college football program, but that’s quite alright with A.J. Cruz.

“It was an opportunity that I couldn’t pass up,” said the Stamps rookie receiver and graduate of Brown University. “I had a couple offers from some Division 1-AA schools, but no major powerhouse schools. So to be able to get an Ivy League education, I wouldn’t have gotten in if it wasn’t for football. It was one of those things where I felt it was the best decision to set me up for life.”

Now on his second day of rookie camp in Calgary, Cruz spent his college days shutting down opposing pass-catchers, the same position group he is now competing for with the Red and White.

“I started four years at corner and was an All-American my senior year and was all-conference all four years,” the small but shifty 5-foot-8 receiver proudly proclaimed.

“For me, I felt like I would have a lot of opportunities to play DB at the next level, but people weren’t really giving me a lot of chances. So I did a whole arena route and had to grind through that and then finally had an opportunity when I went to Chicago (Bears) to switch to receiver. I had also done punt return and kick return stuff and had always excelled at that, so that kind of opened the door and they felt that I could transition well to a slot receiver. I really enjoyed playing defence in college and this transition to receiver has been a blast. I’ve come to love it just as much.” 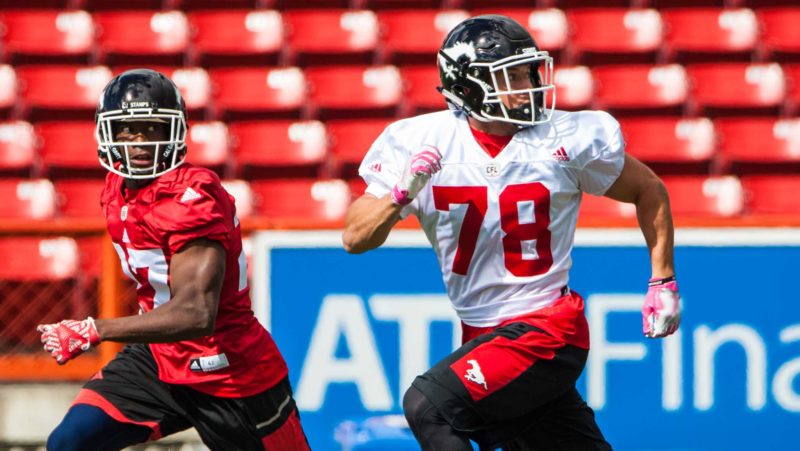 Cruz finished his career at Brown in 2012 before joining the Arena Football League’s Los Angeles KISS and then Arizona Rattlers. That experience, Cruz details, was in stark contrast to his early impressions of what the CFL has to offer.

“It was different, it was wild,” remembers the Lake Forest, Calif., native. “In my second year in the arena league I played a little bit of receiver, but I was mainly at the linebacker and DB position. It was an exciting, fast-paced game on a small, tiny field. You talk about going to 110 yards long and 65 yards wide from 50 yards long and 25 yards wide. It’s a completely different game but it’s a lot of fun.”

From there, Cruz signed with the Bears and then spent last off-season and 2016 training camp with the Miami Dolphins.

But before venturing down to South Florida, the Stampeders put their interest into action, thus preventing any other CFL team from acquiring the versatile playmaker in case he ever came to Canada. 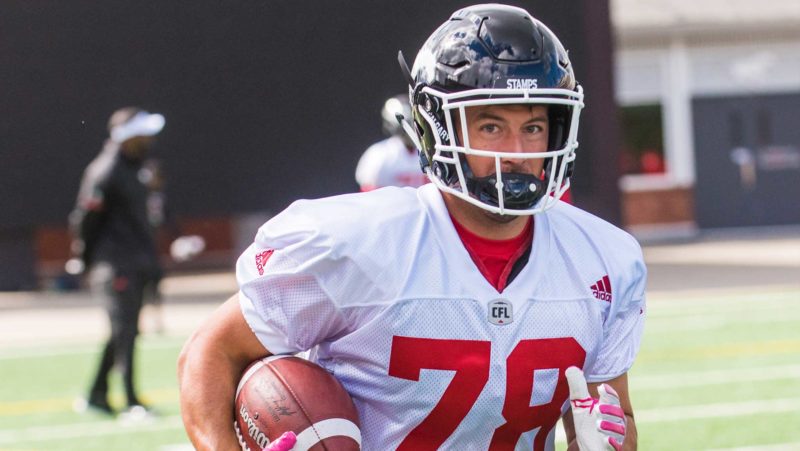 “I was on the negotiation list, actually since I got released from Chicago,” Cruz explained. “So it was just a matter of making that decision to come up north and keep playing. I’m excited to be here and it was an opportunity that I was excited to jump on and I think it will be a lot of fun.”

Now it’s up to him to prove he can make the necessary adjustments in order to contribute in Calgary.

“Being an Ivy League guy, I like to think I’m a little bit intellectual in being able to pick up things,” smiled Cruz, a business major at the prestigious Providence, R.I. institution. “It’s a challenge in that sense with a whole bunch of new concepts and a whole bunch of new methods. I’ve enjoyed that challenge of trying to understand the game and get better and develop as a receiver.”