Training camp can be a gruelling experience.

Twenty days of meetings, workouts and practices — including plenty of two-a-days.

Not to mention a pair of pre-season games that happened to be just five days apart this year.

A tightly packed, exhausting schedule early in camp comes with its detriments, but also its benefits.

“I think it’s give and take,” said quarterback Bo Levi Mitchell. “It was tough for the young guys because they had to learn the playbook and get a game plan in so quickly and have another one a couple days apart. It’s tough on those guys for evaluation, for sure.”

“But now it’s a benefit because we get more time off going into the first week against the team that we’re playing twice in a row. As a vet, that’s how I look at it. I think it was a benefit to get to game-plan for Ottawa that much longer, a team that you’re going to see twice and hopefully we start the season off the right way.”

The Stamps will open the season on the road in Ottawa on June 23 playing the RedBlacks in a rematch of last season’s Grey Cup. Six days later, on June 29, they’ll welcome Ottawa to McMahon Stadium for their home-opener.

Mitchell, like fellow team leader Deron Mayo, is excited about how the team’s roster is shaping up.

“I think we’re looking awesome,” said Mitchell. “I always have complete faith in Huff, Dave and the scouts to get guys ready and make the right decision at each position. I have faith that those guys are going to pick the right guy and put together the best locker-room we can. That’s what I love, they choose guys that fit our locker-room. It’s not just talent or potential. We’re going to get talented guys out there, but we’re going to get guys that are going to play Stampeder football.” 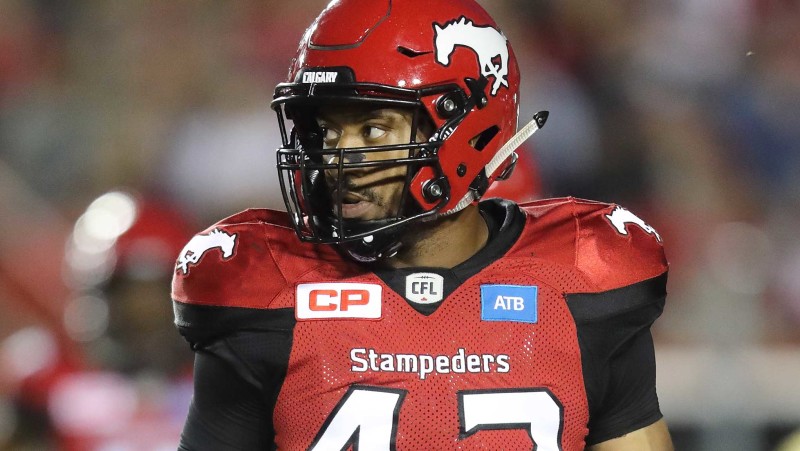 “In terms of the talents, we have a lot of talents, just like every year,” said Mayo. “We’ve got some good players on both the defensive and offensive side of the ball. I’m excited to see what some of the guys have to offer coming up this year.”

With so many players returning from last year’s 15-2-1 team, you know that they’ll have one thing in their mind: a championship.

“I think every year is Grey Cup or bust,” stated Mitchell, the reigning CFL MOP.

“We have a lot of core guys back and a lot of guys that we have trust and faith in and a lot of talent. We can’t take confidence from last year, it’s a new year. We’ll start the season 0-0 and we have to earn our spot.”

While the Grey Cup is the ultimate goal for Mayo, who didn’t get to play in the big game last season because of an injury, he’s a lot more focused on the process and doesn’t want to get too far ahead of himself.

One step at a time towards the ultimate goal.

“For us, it’s just win one game at a time,” he said. “Some people like to put those type of headlines on it, but we don’t care about that. We just take it week by week, day by day, practice by practice and get better with each one.”