Buckley: We have a great home crowd here

Buckley: We have a great home crowd here

On my touchdown run, it was third and one and it was a little sneak to the outside. We got a good push from the guard and tackle and the receivers on the front side that really sealed everyone in and made my job easy.

I had to do my best impression of someone who runs fast and get around to the outside and it worked exactly how we drew it up, which was great.

I could see Claiborne was gaining on me and I was running a bit out of gas. I was just thinking about ball security and fall forward to gain a few extra yards. He went for the strip which didn’t work out and I ended up in the end zone.

It’s always exciting when you have a big play like that and to have a big momentum change like that is huge and I loved it. 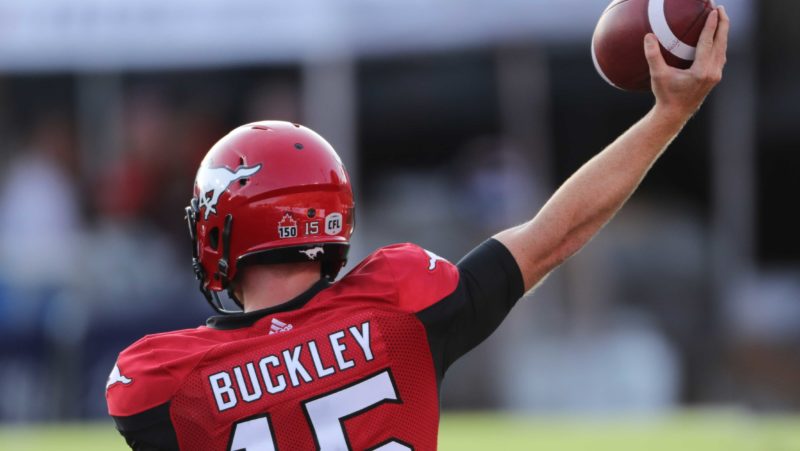 After I scored, I just threw the ball. I got excited and chucked it up and I saw all the fans going crazy so I wanted to throw something up to them. It was exciting and I knew my parents were up there, so it’s always more special to have your family in the crowd.

The mindset is just one yard at a time on those kinds of plays. Get the first down and keep the chains moving. Anything extra is a bonus and we got the ultimate bonus on that one.

As a whole, I think we played pretty well in the home-opener. We just broke down the film and there are some little mistakes that we have to correct, but there is a lot of potential there and a lot of good things showing on film.

The offence moved the ball and we controlled it at times. That’s what you want to see, long sustained drives. Bo played a great game and, all around, I think there’s lots to build off of.

We have a great home crowd here and going 9-0 here last year really helped things out. It started off strong, they were loud for us and they supported us when we needed it.