2016 was a career year for Stampeders’ running back Jerome Messam.

He was named the CFL’s Most Outstanding Canadian for the second time in his career after claiming the league’s rushing title, and setting a personal-best, with 1,198 yards on 206 carries. He also led the league in rushing touchdowns with 11. He was named a CFL West All-Star, a CFL All-Star and appeared in his first ever Grey Cup game.

On a personal level, he welcomed his first child – a daughter – Jaia Marina, on Christmas Eve.

For the first Stamps Up Close Podcast of the season, we sit down with Messam to find out how he plans to top his 2016 performance.

Coming to the Red and White was a journey of ups and downs for Messam, who had stops in BC, Edmonton, Montreal and Saskatchewan before being traded to Cowtown. With an injury to Jon Cornish in the 2015 season, the Stamps needed a reliable player in the back field to pick up the run game where it left off.

It was at the infamous Toronto Blue Jays “bat flip” game that Messam found out he was trading Rider Green for Stampeder Red. A surprise text from Stamps’ defensive lineman Junior Turner hinting at the trade beat the phone call from Saskatchewan’s Jeremy O’Day and suddenly Jose Bautista’s exploit wasn’t the most exciting of the day.

Entering his eighth season in the CFL, and third with the Stamps, the 6-foot-3, 254-lb. back looks to help his team improve on a 15-2-1 record and claim his first ever Grey Cup Championship. 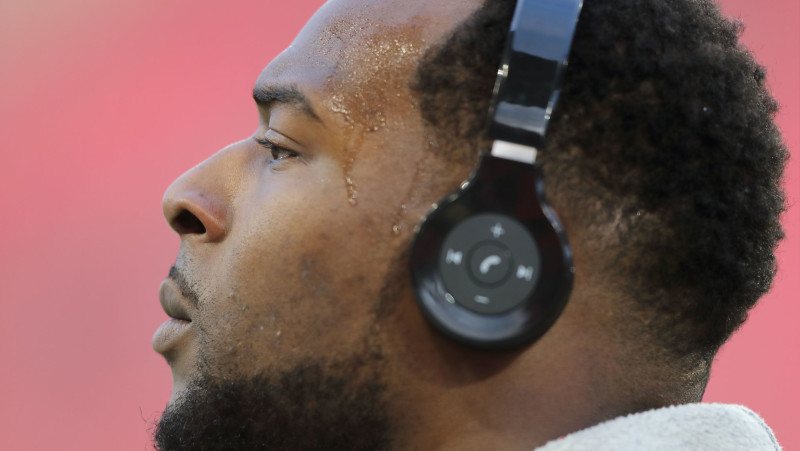