Former Stampeder receiver Tom Forzani is this week’s Home Heroes’ presented by Reliance Home Comfort. He will be signing autographs in the Fan Zone from 5 – 6 p.m. on the east side of McMahon before Saturday’s game.

The Stampeders have always been a family affair for Tom Forzani.

When the Calgary native joined the Stamps out of Utah State in 1973, his big brothers Joe and John were already on the roster. Years later, his son Johnny was a member of the Red and White. 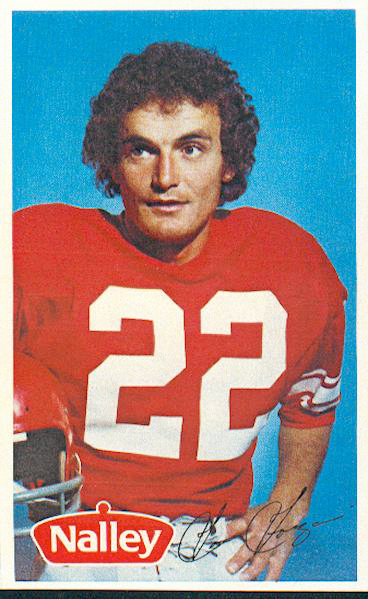 Forzani was an exceptional athlete – his scholarship at Utah State was actually for basketball and the story goes that the football coach only offered him a tryout as a favour because his older brothers had previously played at the school. The youngest Forzani wound up making the team.

He was the Stamps’ top rookie in 1973 and on four occasions was Calgary’s nominee for the Most Outstanding Canadian award. Forzani was a West all-star on three occasions and a CFL all-star once.

After his playing career, Forzani remained active in football through the Stampeders alumni association and through coaching including a stint on the staff of the Calgary Colts juniors. He worked in real estate and also was heavily involved in the charity arm of Forzani Group Ltd.