The best thing is to come back home and come to our fans. We really feel that energy and it’s a whole different experience that we really enjoy.

You know, we like to say that everybody eats, so some days — if everyone is doing their job — some guys will get in and some guys won’t. Whenever the plays come to us, we just have to try to make them and stay with our assignments.

So we ran with some twists and stuff and he just ended up rolling out and I saw him roll out, so I cleaned it up to get my first sack. The second sack was actually really similar. I tried to get off the ball as quick as I could and the quarterback tried to roll out real quick. These guys are pretty mobile up here, but I had to make the play when it came to me. 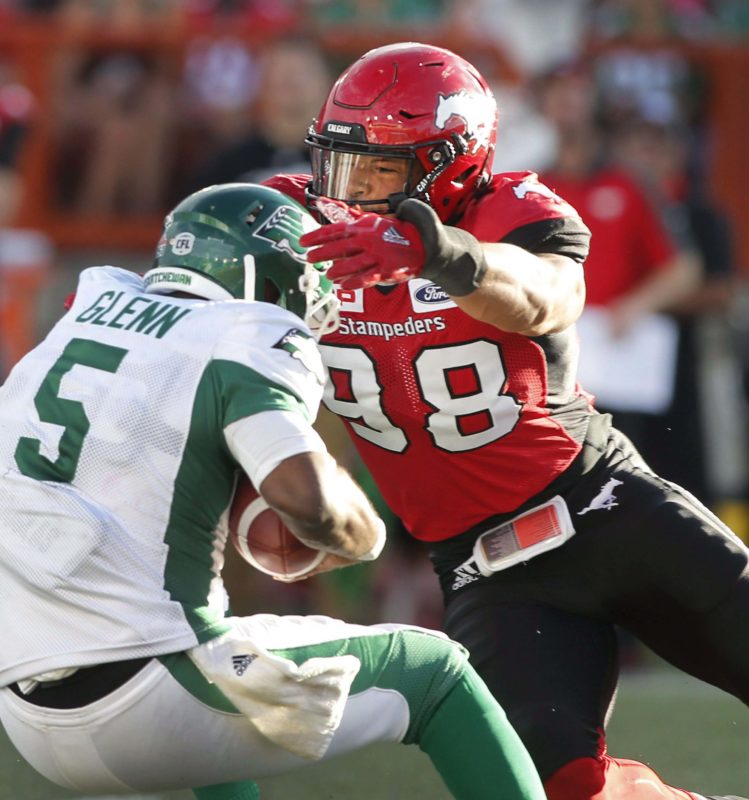 We love to come out and set the tone in the first half. I mean, if you can break a team down in the first half and you can continue that or hold them off in the second half, it makes the situation a lot easier for the offence and it makes it easier for us. We try to make teams one-dimensional, you know, stop the run and get them passing the ball. If we know they’re passing the ball, it makes it easy for us to get after the quarterback and stop the offence.

That’s just how we’re built as a team. We can hold tough late in games. Coach Dickenson talks about it all the time. He talks about us being able to fight through adversity and know that even when things don’t go our way, as long as we keep on chopping wood and chipping at it, we’ll end up on the winning side of things.

Getting lots of playing time, it’s been a long time coming for me because I was out of football for like a year and a half before this year. So it’s great to get an opportunity to play every down because it’s been a real long time since I’ve done that, probably since my college days. It’s just a real good feeling, really good to be out there playing football. It’s a beautiful thing.