With the injury to Maleki Harris, I only found out the day before that I was going to be getting the start in his place.

But I prepare every game like I’m going to start. Any one play, I know I’m the next man up. I’ve just got to be ready. So when they told me the news, I just knew I was ready. I was prepared for it and I just took it.

As things turned out, I was able to get an interception in the game. It was good. I could have done a little better job running after the catch but it was a good play. I just read the quarterback, dropped back and I was in the perfect spot and caught the ball. 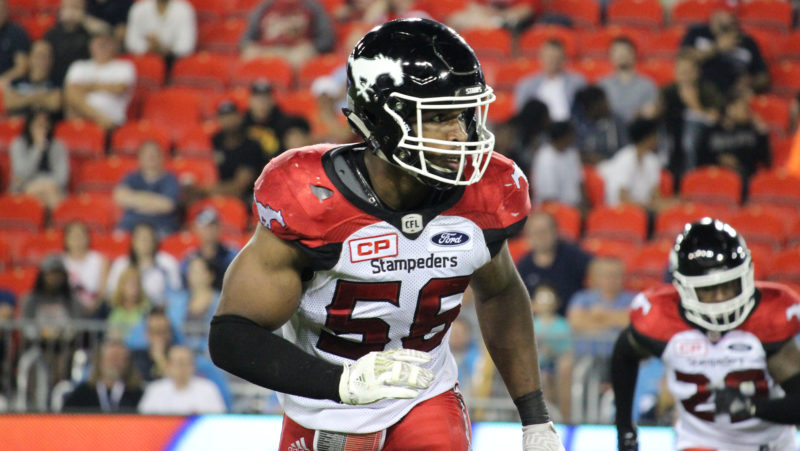 Afterwards, I was lucky enough to be given the defensive game ball. It means a lot to me that the older guys recognized my play. It definitely means a lot because these guys, they’ve done it all. They’ve won, so I’m just trying to follow in their footsteps with the tradition of the Stampeders and win with them.

Now that this game is over, it’s bye week. I’m going to stay in Calgary and work on getting healthier and stronger – just the little things that I need to work on for the rest of the season.