Ladies, your feedback and support for the It’s A Snap blog has been amazing! Keep those questions coming!

The question I seem to be getting asked a lot is about the transition for Americans to the Canadian game. If you didn’t already know, the CFL is very different from the NFL, even though it may look like it’s “just football.” So that’s what we’re going to talk about in this edition of the blog!

Patrick Levels, a rookie from Dallas who signed the first day of main training camp this season and missed rookie camp, commented about the Canadian game: “At first it seemed like a hard transition but as the days went by, things started making more sense by having a better understanding and just having knowledge of the game. It helped me perform better.” 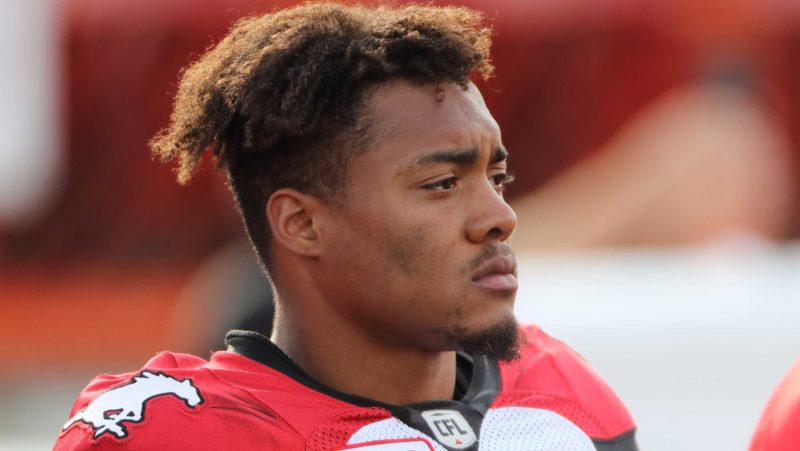 He relied on some of our international (import) veterans to help with his transition: “Being able to talk to Smitty (Brandon Smith) and (Joshua) Bell and (Jamar) Wall, that really helps a lot because they have great knowledge of the defence and it just kind of helps put things into perspective from a player’s standpoint. They let me know what kind of things to expect and what I’m going to get.”

On to the rules! The obvious difference is in the CFL, you have three downs (chances) to move the ball at least 10 yards before you get a new set of three downs compared to the NFL where you have 4 downs in a set. With fewer downs to make 10 yards, you’ll see more aggressive offence (lots of passing) in the Canadian game.

Speaking of passing, it’s the quarterbacks who might have the most difficulty adjusting to the Canadian game, especially with regards to the play clock. You see that big screen in the corners of McMahon Stadium that counts down from 20 each play? That’s 20 seconds for the offence to make a play – if they don’t snap the ball from the line of scrimmage before the 20 seconds is up, it’s a five-yard penalty and the down is repeated.

Third-string quarterback Ricky Stanzi, who played for five different NFL teams before coming to the Stampeders, said during training camp: “Learning a new system isn’t the issue, it’s learning almost a new game entirely because of the rule changes and the field dimensions and how things are presented up here. You can do some things up here that you can’t do in the NFL. Once you get a chance to go out there and take some reps, it’s more comfortable to do it that way than learn from film.”

In the NFL, teams have 40 seconds from the end of the previous down to make a play, that’s 160 seconds with a full set of downs, or 2 minutes and 40 seconds, which is why you see a lot of NFL games end “early” – i.e. it’s easier for a team with a lead and possession to run out the clock. 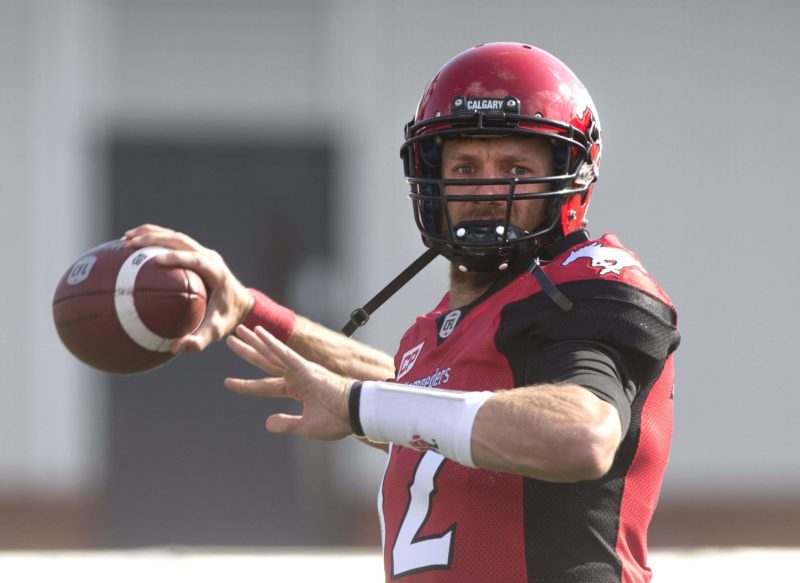 Stanzi said of the CFL’s 20-second play clock: “I’m almost treating it like I’m in two-minute mode for the first couple of practices until it starts to feel normal.”

With the 20-second clock, CFL games can be a lot closer in score and become nail-biters in the final seconds of a game. For example, that epic comeback by the Winnipeg Blue Bombers in Week 6 over the Montreal Alouettes. The Bombers were trailing by 12 points with less than two minutes to go in the game. The two quick scores and the unlikely comeback with a score of 41-40 has been a highlight of the 2017 season. That’s why the CFL has the coined phrase “No lead is safe.”

One of the biggest physical differences is the field size. When our rookies come to training camp, a lot of their eyes go really wide when they first see the field at McMahon Stadium. Some of them are thrilled with all the space (mostly receivers with all the room they have to work with) and some look a little intimidated (the defensive backs who have to cover this huge space). A CFL field is both longer and wider at 110 yards long by 65 yards wide, with 20-yard-deep end zones, compared to an NFL field which is 100 yards long by 53 1/3 yards wide with 10-yard end zones.

The goal posts are also at the front of the end zone in the CFL, unlike the NFL where they are located at the back.

With all that extra space, teams get to add another player in the CFL – 12 men on the field compared to 11 south of the 49th parallel (*shameless dig* – unless you’re Saskatchewan and add an extra player to lose the Grey Cup).

Stanzi also talked about the field size during training camp: “It almost feels college felt where you’re tighter to the boundary a little bit because those hashes get so wide. In the NFL, things get so tight, you’re never too far away but that also makes for some pretty stressful throws out here that you wouldn’t see in the NFL. If you’re on the right hash and you’re throwing all the way to the left, that’s a heave. It’s definitely different. You get the reps, you adjust to it and I’m sure it’s second nature.”

There are a lot of other nuances to the Canadian game that we’ll talk about in the upcoming blogs, but for now you get the gist of it. Send me your questions to @AlannaNolan on Twitter and thanks to everyone who’s been following the It’s A Snap blog!