As of Oct. 29, Micah was tied for second in league sacks with nine, a stat he shared with teammate Ja’Gared Davis and Toronto’s Victor Butler.

Growing up in a military family and moving around the country as a youth, football was Micah’s constant.

A linebacker in college, only recently did he make the jump to the defensive line, a role he says he’s still learning.

After bouncing around on the practice rosters of several NFL teams, Micah landed in Calgary in a league his agent told him he would excel in.

After being plagued with injuries his first few seasons with the Red and White, Micah finally found a rhythm in the 2016 season when he recorded seven sacks, 36 tackles and two tackles for a loss.

He was also named a West Division and CFL all-star that year.

We all know how the last game of the 2016 season ended, a result Micah says has motivated him and his teammates for this season.

When he’s not terrorizing quarterbacks on the field, Micah can be found in his in-home music studio producing various beats, a career he hopes to pursue in life after the gridiron.

Hear his own musical talents and more on this edition of the Stampeders Up Close Podcast. 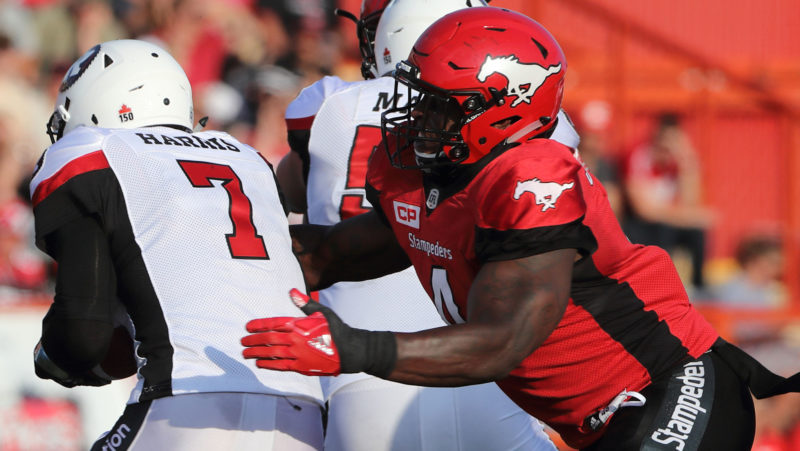