Joshua Bell‘s character is as colourful as his game day face paint. He’s had so many different looks this season. For today’s blog we compiled some of his favourites and asked him about each one! 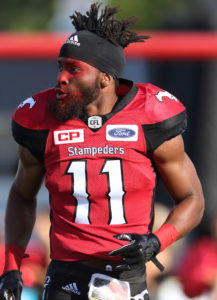 This right here is my Braveheart. The red and the white, I liked that because it’s like a kaleidoscope almost. 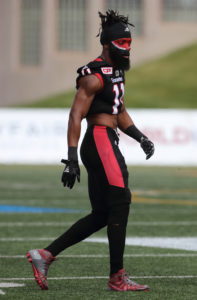 Geo said this was my best face paint. I went diagonal on the nose, it’s supposed to be a straight V with the white and then the red on top and black on the bottom. It was good because I actually got in the nostrils and made a point at the bottom. 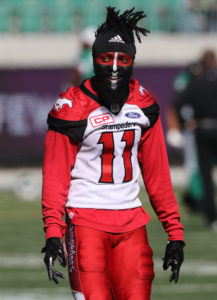 I think this was cool something about that white strip down the middle. It’s like a accent wall. 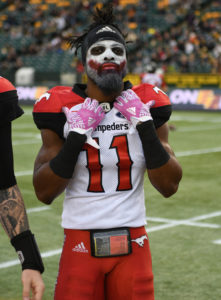 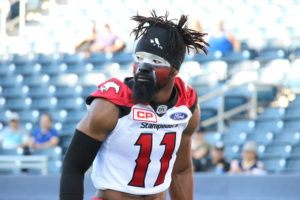 This is one of my favourites! Spencer told me to put the whites right there  going down. Because I was just going to do the red on the sides, black down the middle but he said put it right down your cheeks with the white, that’ll set it up. So I did. 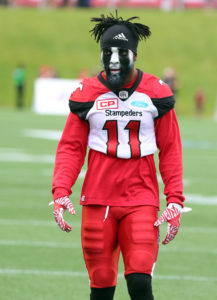 Parker told me to do this one for our Jumbotron shoot. It was the coolest look. I think it’s the spookiest look I’ve had. That’s one of my favourites too when it comes to spooky, scary, intimidating. I really like that one, I might have to run that back. That would be one that I would do over.