Christmas Q&A with the Stamps 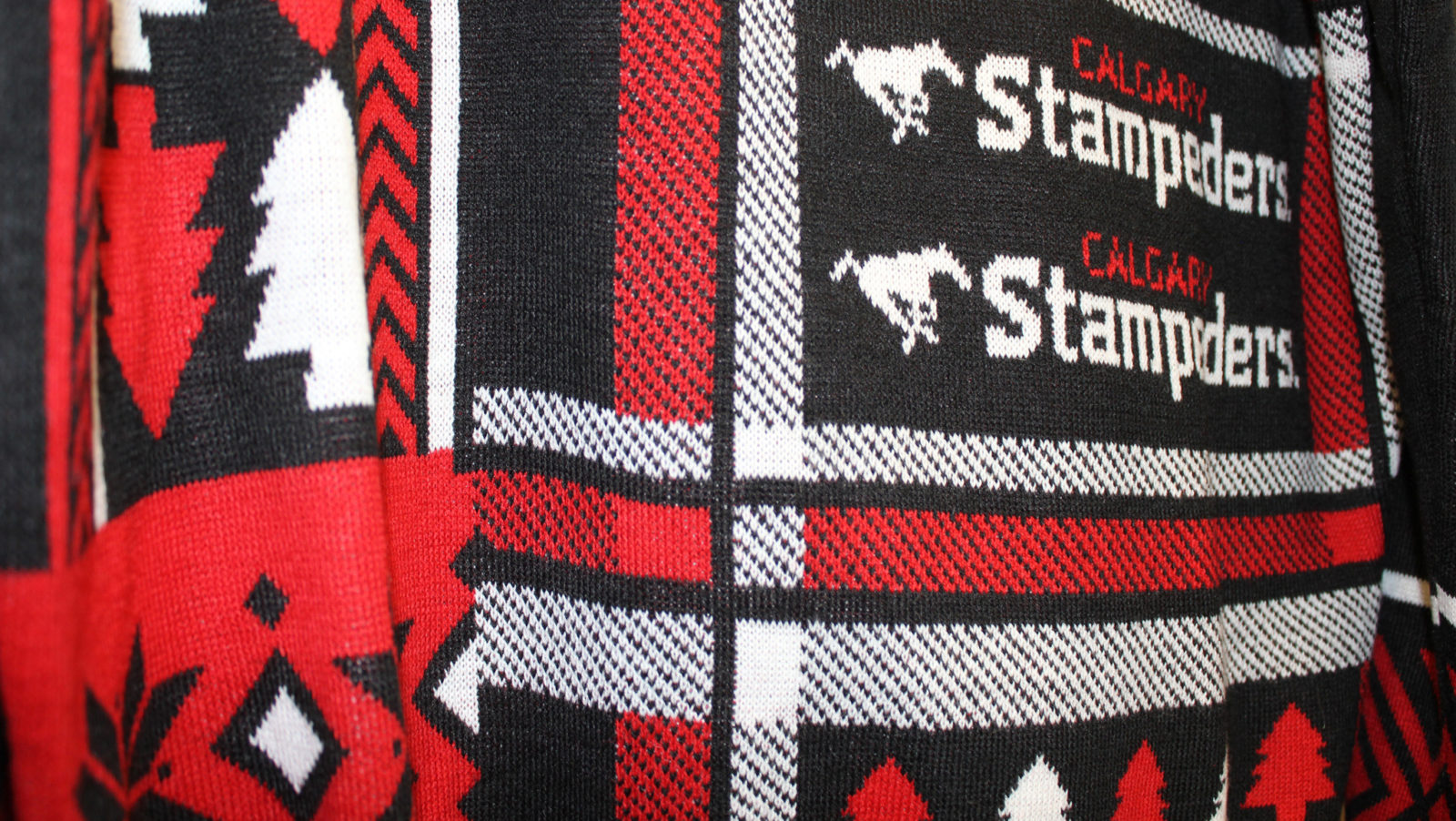 Christmas Q&A with the Stamps

We caught up with a few Stamps players to find out their thoughts on all things Christmas!

Where are you spending Christmas this year?

Pierre-Luc Caron: I’m going to spend Christmas back home in Montreal. And my dad rented a house up north in Stoneham near Quebec City so that’s going to be fun. We’re going to spend the 22nd and the 23rd with them and then go back to Montreal with my mother. So I’m just going to share time with my family and my girlfriend’s family as well.

Mike Klassen: I’ll be home here in Calgary. I mean, I’ll be in Thailand up until that point but I’ll be home on Christmas Day. Brunch at Mom’s place and then hanging out with the fam all day and then probably dinner at my Mom’s house as well. 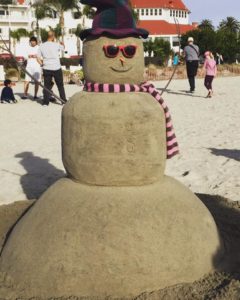 Marken Michel: I’ll be back home with family, back down in Miami.

Spencer Wilson: This year we are out in Quebec. So every year we go back and forth, my wife and I, so we’ll be out in St-Sauveur Christmas Day.

Does your family have any Christmas traditions?

Caron: With my mom, Christmas is a morning thing in pajamas with the entire family. My dad is the opposite – it’s pajamas as well but it’s for the dinner. That’s what the tradition is.

Klassen: Well, if drinking too much on Christmas Day is a Christmas tradition . . . No, not really anymore. Morning used to always be spent at my Grandma’s house but we don’t do that anymore.

Richardson: Going to see the lights and find a good Christmas tree together. We find a different neighbourhood every year, whoever has the best lights.

Michel: We like to call it the gift that just keeps on giving. We just hang out together and enjoy each other’s company.

Wilson: We always have dinner on the 24th at my grandparents’ house. That’s a Christmas tradition.

What’s the best Christmas present you’ve ever given?

Caron: That’s a good question. I like to spend time with my family. I know that last December, I went to a Montreal Canadiens game with my brother and we had a really good time there.

Klassen: I think last year when I gave my girlfriend a remote car-starter. She was pretty happy about that one.

Michel: When I was little, I got a cardboard box and I carved Merry Christmas to my mother on it and kind of decorated it. I’m really into arts & crafts so I think that might’ve been, to me in my eyes, the best gift I gave. She really enjoyed it. I was in the third grade.

Wilson: I don’t know. That’s a tough one.

Caron: Like I said, I just like to spend time with my family. I believe that’s the best present there can be – just an activity that you do together. Like my dad is doing this year – renting a house so that the whole family can get together. These are the presents that I enjoy.

Klassen: Well, when I was younger, I got a train set, which was pretty bad-ass. I was also given a snake when I was about eight or nine years old. I named it Rainbow – it was a rainbow boa – and I had her for about seven or eight years. That was a pretty good gift, too. When I got it, it was less than a foot long and by the end it was probably about seven feet long. 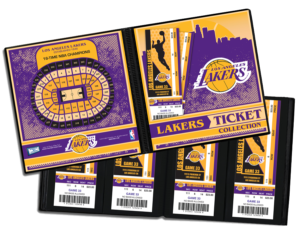 Michel: I’m really into sneakers, that’s my thing. So I feel like the Cherry red 12s, my older brother got me them. That’s probably my favourite Christmas gift.

Who’s the hardest person for you to buy a present for?

Klassen: My dad, because it doesn’t matter what you get him, he’s not going to use it. He’s the type of guy that if he wants or needs something, he’ll just go get it himself.

Richardson: Probably me because I never know what I want.

Michel: It has to be my mom. I feel like it’s hard to decide between perfume or jewelry. I feel like every year is kind of different for her.

Wilson: Probably myself. I live simple but if I need something I go and get it myself.

Do you use wrapping paper or gift bags? 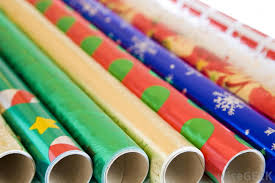 Caron: I like to use wrapping paper. I enjoy doing that. I put a lot of time into it and I try to make it colourful. I try to do it in such a way that people know it was me who wrapped the gift.

Klassen: I’ll usually try to throw things together in some wrapping paper and try to do the best I can but it usually does not look that pretty.

Michel: I just give the gift to them. If the store doesn’t wrap it, I’m probably not going to wrap it.

Wilson: I am the master wrapper! I’m a great wrapper. I got the corners all pointed and nice triangles. My mom taught me.

Caron: Real tree. Definitely. I like the smell in the house.

Klassen: Oh, real all the way. I just picked one up last night, actually.

Richardson: A real tree. My family picks one out from a Christmas tree lot.

Michel: We’ve used both before but most of the time we’ve used artificial.

Wilson: We’ve been going with the real tree the past few years here. And our cats love it. We usually just go down to the community YMCA.

Angel or star on top of your tree? 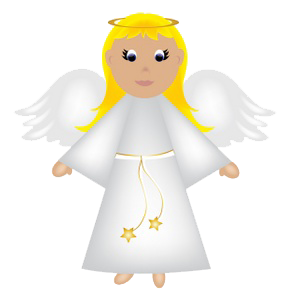 Klassen: It’s got to be an angel.

Wilson: We have both. It kind of rotates. Either one.

What’s your favourite thing to eat at Christmas?

Caron: Ragout de boulettes (a pork meatball dish that is traditional in French-Canadian cuisine) and pig’s feet. My aunt makes it the best.

Klassen: Everything in front of me. What do you mean? See food – if I see food, I’ll eat it. Breakfast is the wife-saver (a casserole of bread, breakfast meat and eggs) and dinner is anything from steaks and lobster to turkey to whatever Dad’s cooking up. 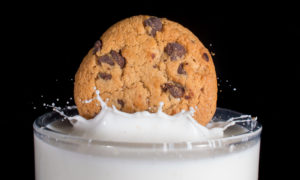 Wilson: The spread. The whole thing. We go with turkey, ham, stuffing, gravy.

Caron: Do I have a favourite Christmas song? I just like all of them. I know my mom likes Michael Buble so that’s playing in the house for pretty much the whole month of December.

Richardson: I can’t think of any names right now but probably one of the Michael Jackson songs for sure.

Wilson: The Band Aid song. (“Do They Know It’s Christmas?”)

Caron: Hmm, the ugliest Christmas decoration ever invented? I just think it’s weird that people put lights on their house but it’s not even Christmas colours. Some people put orange or yellow and it’s weird when you drive by and you see that in front of their house.

Klassen: Oh man, the ugliest Christmas decoration? I mean, we play this game – hide the pickle in the tree. It’s just a little pickle ornament and you take turns hiding the pickle in the tree and others have to try to find it. It’s actually harder than you think. I would end up wrapping the branch around it and really hiding it at the top or at the very bottom. Then of course, there’s the ugly Christmas sweater, although I guess that’s not really a decoration.

Michel: Probably a picture of me on the tree! That’s probably the ugliest one.

Wilson: A few hundred dollar blow-ups in your front yard is always a distraction from the real meaning of Christmas.