It is with great sadness the Stampeders learn of the death of former head coach Bob Vespaziani. He passed away on Saturday in Lakefield, Ont., with family – including his wife Sheila – at his side.

Vespaziani joined the Stamps in 1986 after eight seasons as an assistant coach with Winnipeg and BC. He guided the Stamps to a 13-13 regular-season record in his 26 games on the sidelines and, in 1987, he added Wally Buono to the Calgary coaching staff. 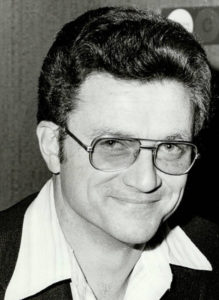 Buono later became the Stamps’ head coach and in 1995 he hired Vespaziani for what would prove to be a five-year stint as defensive line coach. Vespaziani was part of the Stamps’ Grey Cup-championship team in 1998 and also won championships with Winnipeg in 1984 and with BC in 1985.

“Bob had a great sense of humour and he was loved both by his fellow coaches and the players,” said Stampeders president and general manager John Hufnagel, who served with Vespaziani on the Stamps coaching staff in 1995 and 1996. “He will be missed and, on behalf of the Stampeders organization, I offer deepest condolences to his family and friends.”

Prior to coming to the CFL, Vespaziani – a native of Bronx, N.Y., who grew up in the Boston area – served as head coach of the Acadia Axemen and he returned to the Canadian ranks later in his career, serving as an assistant coach at Queen’s and Carleton.