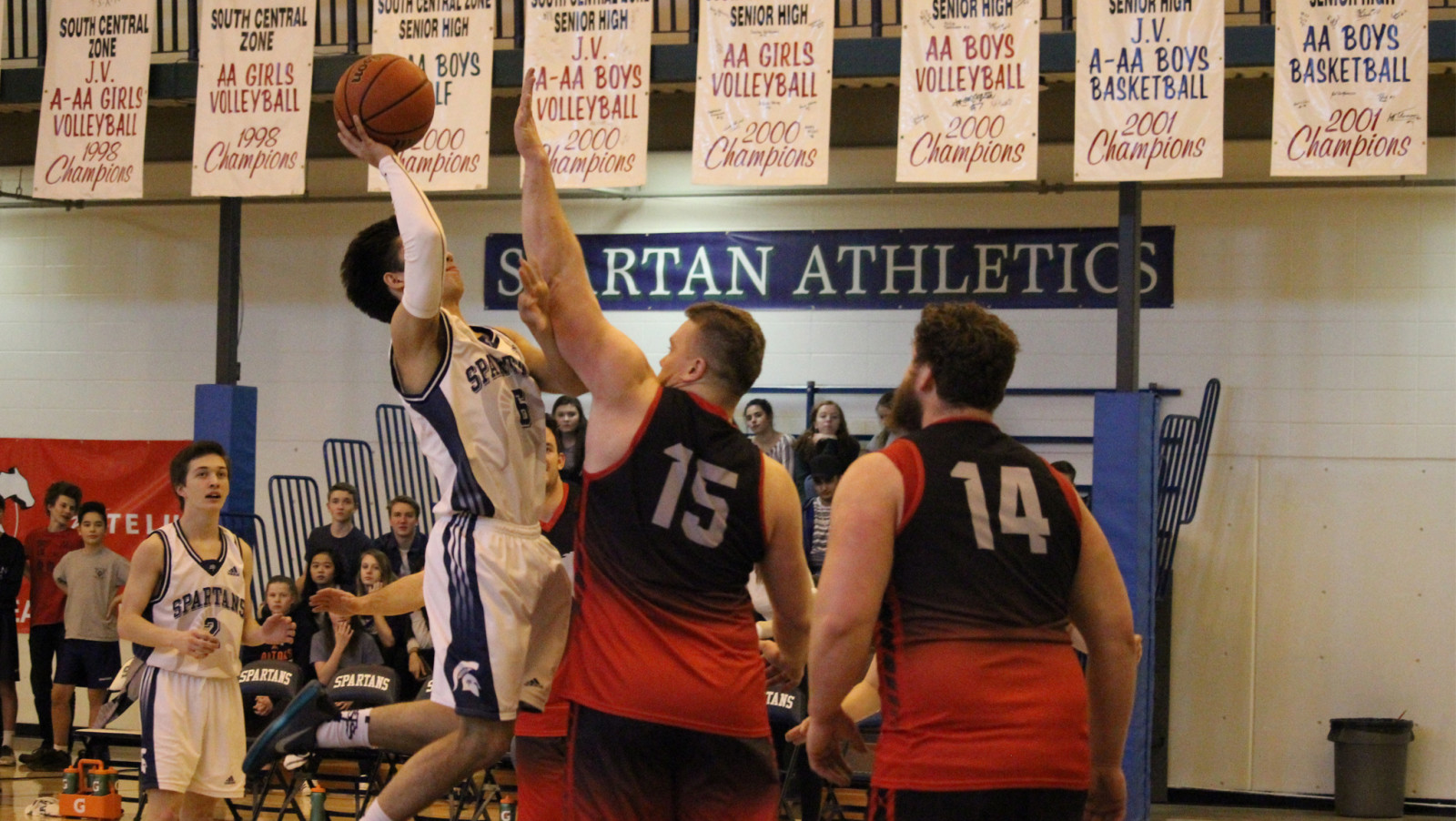 In its one and only appearance this year, the Stampeders basketball team will face the senior boys’ varsity squad of the Webber Academy Wildcats on Monday for a fun-filled matchup.

The one-hour game begins at 11:30 a.m. and will be followed by a brief autograph session.

For more than 25 years, the Stamps have taken to the court during the off-season at schools throughout Calgary and Southern Alberta. The Red and White’s squad made its first trip to Webber Academy last year and escaped with a narrow victory.

The seven players scheduled to participate next week are Andrew Buckley, Rob Maver, Charlie Power, Justin Renfrow, Alex Singleton, Adam Thibault and Spencer Wilson.
Ralph the Dog will also be in attendance at the school-wide event along with Mark Stephen, the voice of the Stampeders, to provide play-by-play commentary.
Buckley, a Stampeders quarterback and Calgary native, is a Webber Academy alumnus.

Members of the media interested in attending are asked to contact community relations representative Max Campbell (maxcampbell@stampeders.com) prior to the game to confirm their attendance.