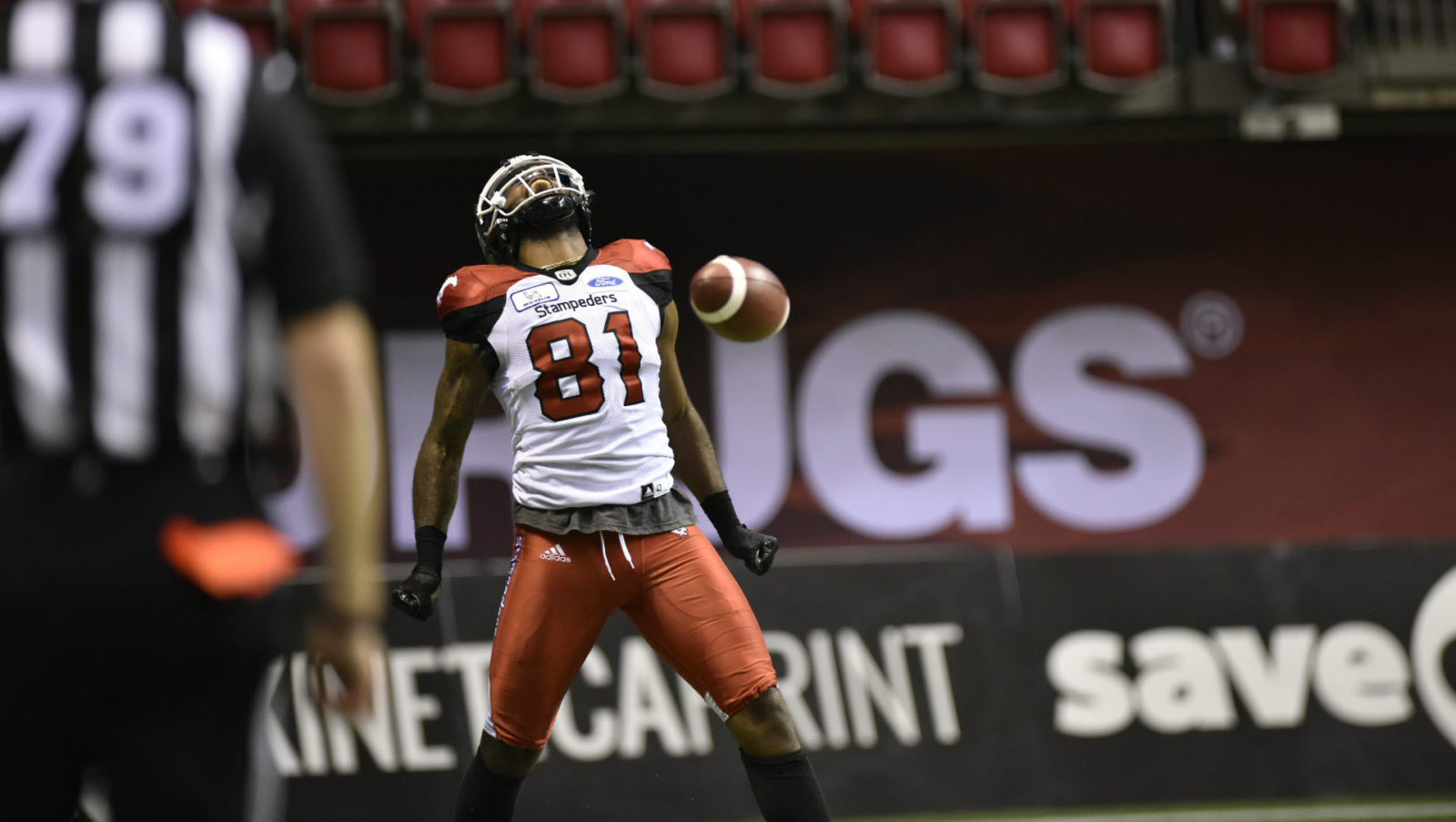 The Stampeders have punched their ticket to host the West Final, finishing first in their division after a 26-9 victory over the Lions at BC Place in Saturday night CFL action.

“We went and got the goal done that we wanted to get done this whole time,” said quarterback Bo Levi Mitchell. “And rightfully so, there’s been a lot doubters – but I think everybody on the team answered the bell, everybody proved their case for who they are and what they deserve this season.”

Mitchell went 20-for-32 and threw for 278 yards in the win, Chris Matthews led the receivers with three receptions for 67 yards, and Alex Singleton paced the defence with six tackles.

“Bo was sharp,” said head coach Dave Dickenson. “Our receivers made some catches for him, as well. I do also think our running game (was good). So if you’re a balanced team and if you’ve got multiple things you can do to stress a defence, you’re always going to be better.”

It was safe to say the Red & White were back and ready to take care of business after their hot first-half performance – which earned them a lead the Lions couldn’t catch despite a few late-game scores.

The Stamps got on the board after their first drive via a 52-yard field-goal from Rene Paredes – the 350th of his career.

The following Lions’ series was stopped short after a big redzone interception from Ciante Evans. The turnover resulted in another Stamps score, as Paredes capped off the eight-play drive with a 27-yard field-goal.

And they didn’t stop there.

On the next Stamps possession, Mitchell would make two huge connections with Matthews – including a 44-yard reception at the Lions’ one-yard line. Don Jackson would finish the job, rushing into the endzone for the TD.

“Bo said go,” Jackson explained. “And the O line pushed the Lions’ D line about five yards into the endzone.

The Stamps then attempted a two-point convert which was knocked down.

Calgary ended the first with a 12-0 lead.

“Our guys played extremely hard,” said Dickenson. “They knew what was at stake. You know we should be playing extremely hard, and they showed the effort.

“The execution was pretty good, too. I thought we stood up defensively; we were making the plays, turnovers, offensively we looked a bit more explosive, and our running game was able to work.”

After a back-and-forth battle for much of the second quarter, the Stamps scored again with 3:51 remaining when Markeith Ambles made a 10-yard endzone reception after a lengthy 12-play Stamps drive.

Then, Paredes nailed two field-goals in the final minute of the frame to round the scoring in the half.

“We found our groove in that first half,” Dickenson said. “And then we kind of bled the clock, played conservative football. That to me was the right decision. It didn’t look flashy but we got the job done.

“Our goal was to win, and come out as injury-free as possible.”

The Lions got a safety with 10 seconds left in the third quarter after a fumbled Stamps snap on a punt – making it 25-2 heading into the fourth.

What looked like a Lions touchdown from DeVier Posey would be overturned at 11:43 in the fourth after he was ruled down at the one-yard line. But on the next play, quarterback Cody Fajardo ran it in for the major.

But that was as close as the Lions would get on the night.

The Stampeders will next host the West Final on Nov. 18 at McMahon Stadium.

“We want to go win this playoff game, and get that damn Grey Cup,” said Jackson.