One For The Books

One For The Books

The Stampeders won their first ever Grey Cup, defeating the Ottawa Rough Riders 12-7 before a crowd of 20,013 at Varsity Stadium during the 36th annual event.

That year, they also went 12-0 in the Western Interprovincial Football Union Regular season, and after remaining undefeated in playoffs, the Stamps recorded the only perfect season in CFL history. 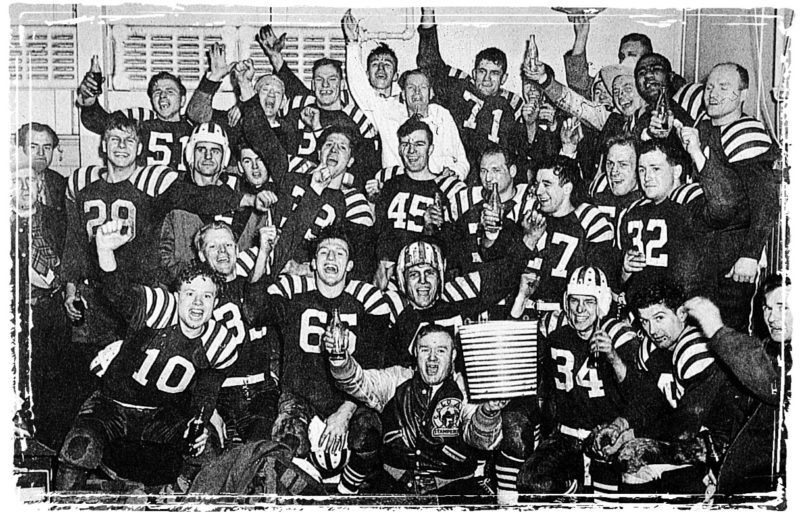 Calgary became only the second West Division team to win the Grey Cup (Winnipeg won in 1935, 1939 and 1941) and accomplished the feat on the strength of two unusual touchdowns.

The first came after an infamous “sleeper” play. When quarterback Keith Spaith (pictured below) completed a pass to Woody Strode on one side of the field, Norm Hill flopped on the ground at the opposite side of the field. Hill essentially was hidden and when the next play began, he sprung to his feet. Before Ottawa players could react, Hill was open to catch Spaith’s hurried, fluttery pass as he fell backwards in the end-zone. 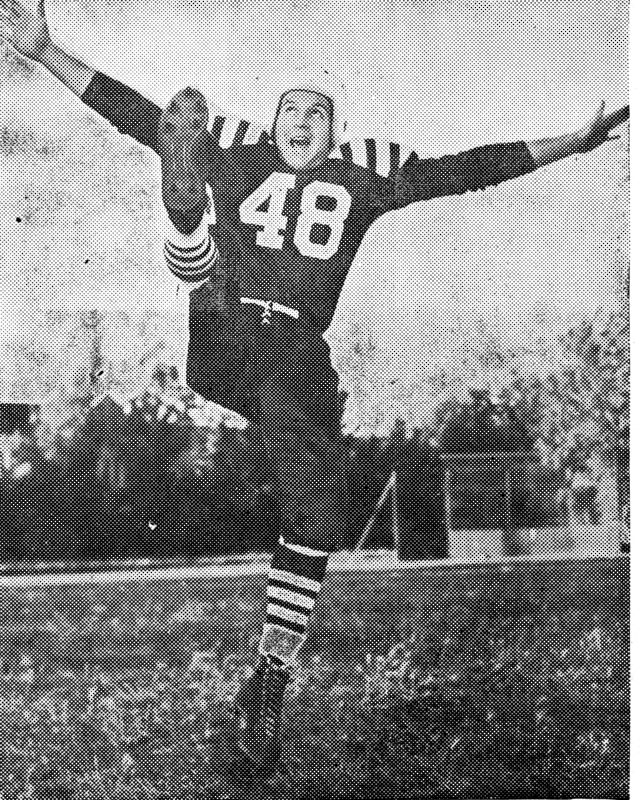 Calgary’s other touchdown came after an Ottawa turnover in the fourth quarter. Riders quarterback Bob Paffrath tossed a lateral to Pete Karpuk but the ball sailed wide of the mark and Ottawa players stopped as if the pass was incomplete. Strode picked up the ball for Calgary, looked around hesitantly and when officials didn’t stop the play, he bolted. He was stopped at Ottawa’s 10-yard line and Pete Thodos ran for a major on the next play.
Paffrath scored Ottawa’s touchdown and Eric Chipper added the convert. Tony Golab kicked a single to account for Ottawa’s other point.

Calgary’s first appearance in a Grey Cup was a tribute to head coach Les Lear, who had been to four title games as a player with Winnipeg. Lear also played in the National Football League and when it came to recruiting players, he opted for Americans with pro experience rather than Americans who were fresh out of college. Among the key acquisitions were Spaith from the Hawaii Warriors and Strode and Chuck Anderson from the Los Angeles-based teams. Lear also added Fritz Hanson and several up-and-comers from Winnipeg.

For the record, the “sleeper” play was made illegal in the CFL in 1961.

The 1948 Grey Cup remains one of the most notable championships in CFL history, thanks to the Stampeders and the Calgary fans who rode the rails to Toronto.

Stamps supporters turned the Grey Cup game into Grey Cup Week with their tireless partying in downtown Toronto. To this day, any talk of Grey Cup festivities includes those exploits, which featured cowboys, chuckwagons and pancake breakfasts on the steps of City Hall and the famed horse in the lobby of the Royal York Hotel. Calgary fans turned the Grey Cup festival into what it is today.

The 1948 Grey Cup remains one of the most notable championships in Canadian Football League history, thanks to the Stampeders and the Calgary fans who rode the rails to Toronto.