As quick as a flash, he can break through the first wave of defenders and keep going until he finds the endzone.

He even has a tattoo to remind himself of that – to tackle the challenges of life and those on the gridiron, head-on.

“I’ve got Dragon Ball Z’s Goku, my favourite character of all time, and in this scene he’s broken through his limits and surpassed his final stage,” describes Williams. 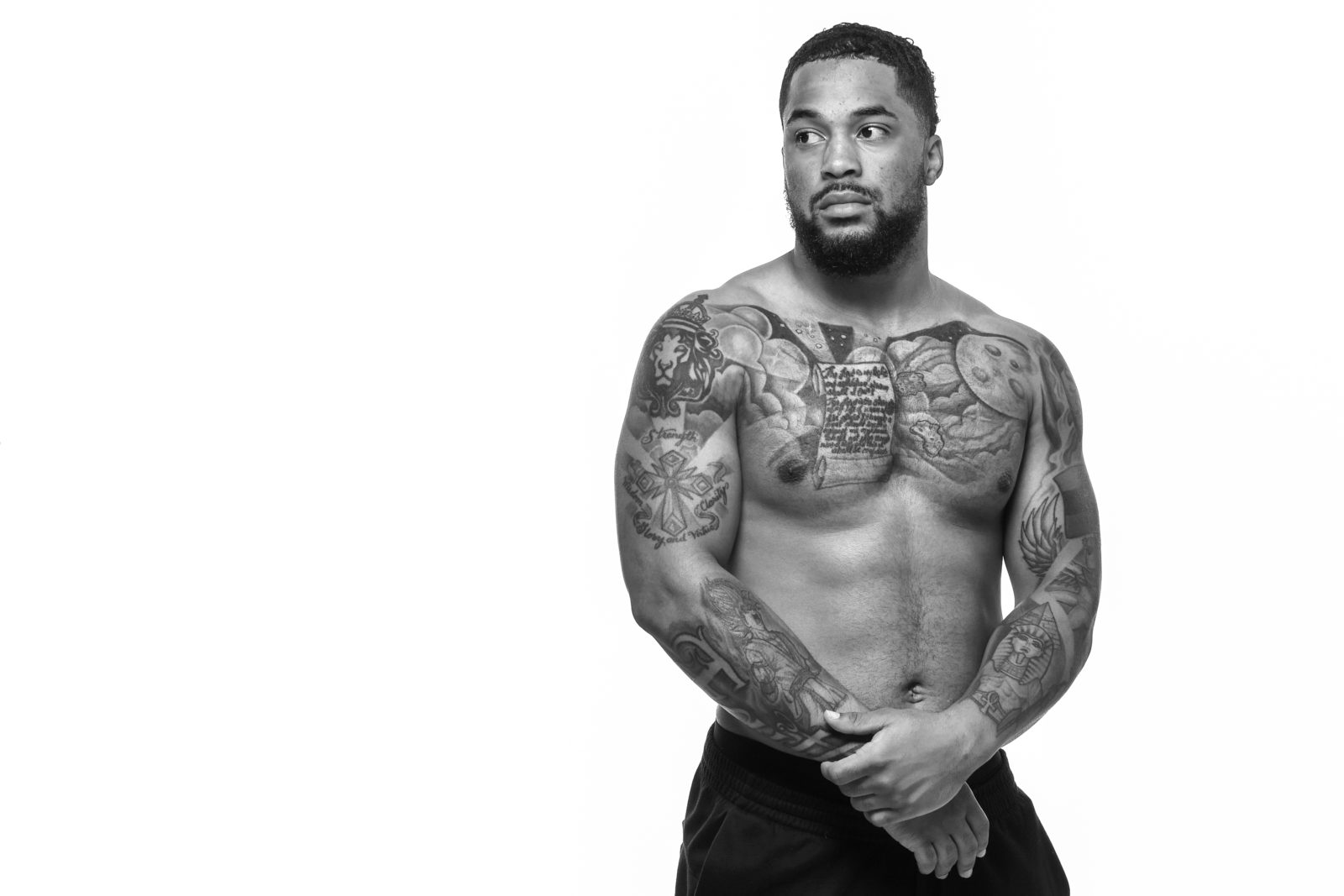 “It’s him persevering through a lot of trials and tribulations and just trying to make it through. So it always reminds me to stay powerful and the meaning behind it is just strength, never give up on what you want to do and just keep fighting.”

Much of Williams’ upper body is covered in ink, an artform he’s been fascinated by since a young age.

“I first got tatted in seventh grade. I actually sneaked it; my mom had no idea I’d got it done. When I came back home, she was really mad but she said, ‘Oh it’s not that bad, just don’t keep getting any more,’ and I kept getting more.”

“First one was this cross, it has a whole bunch of inspirational words like clarity, glory, virtue, strength. To be honest, I just wanted a tattoo really bad and my boy could draw and had this one already drawn so I just got it.” 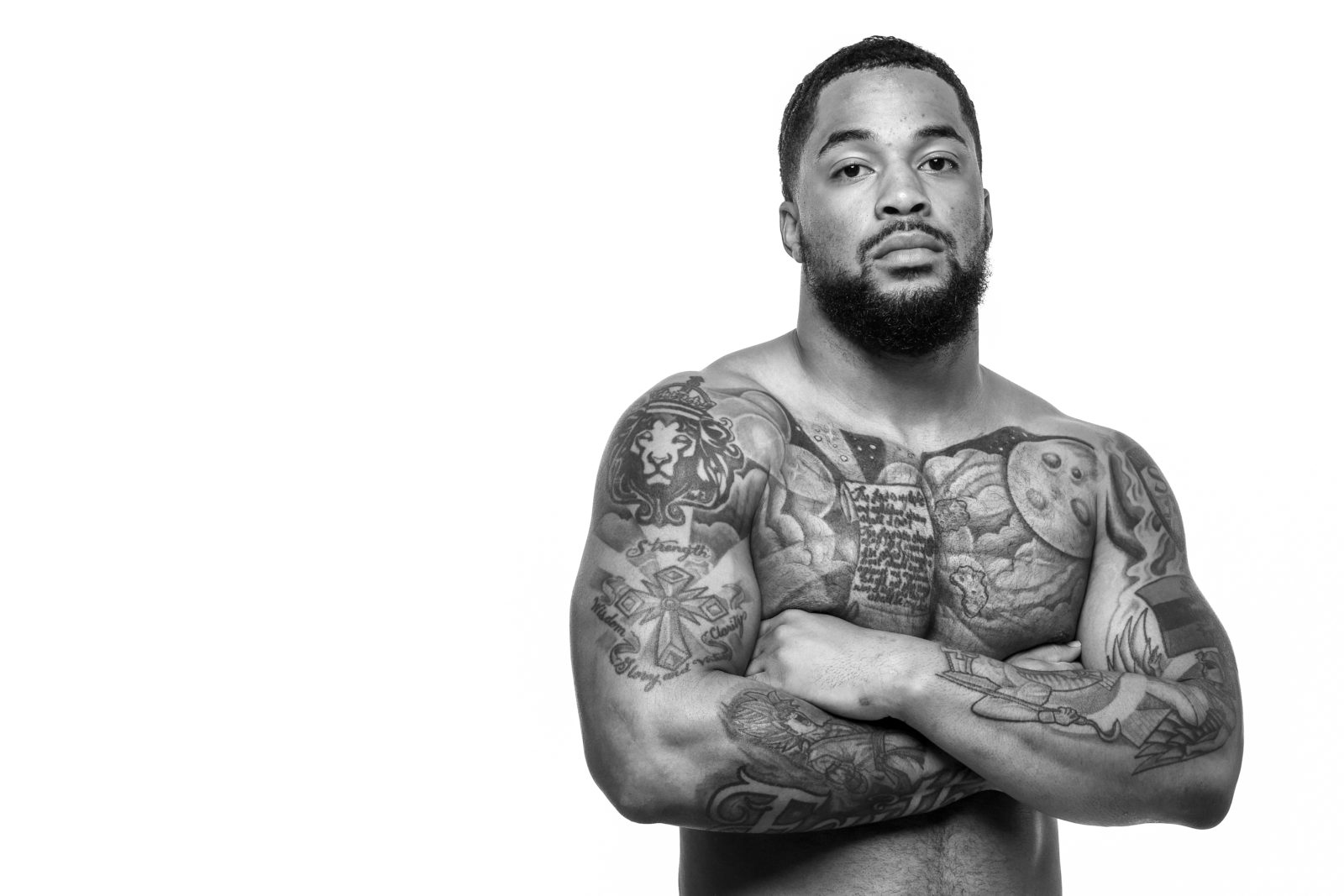 Family is a common theme found throughout Williams’ ink, which features his siblings’ initials and his mom’s maiden name.

“My favourite team used to be the Baltimore Ravens so I took the Baltimore Ravens’ shield and I put New Jersey on it and then I put my sister and my little brother’s initials, Shayna and Nicholas, on there to just protect me and know where I came from.”

Williams’ chest piece is also a nod to his native New Jersey, as well as his journey to get where he is today.

“It’s not even close to being done but I have the moon and the sky and I wanted to get the New Jersey skyline with all the buildings because that’s where I’m from. So between that and the pharaohs and kings it’s all supposed to come together with my modern day of where I live and where I grew up but it’s no where close to being done.”