Right Back At It

Right Back At It

Not, given the circumstances, the worst combination imaginable.

“It’s good in that after you lose a game, any game, you can’t wait to get out on the field and make for up it,” says quarterback Nick Arbuckle, slated to make his third straight start manning the offensive rudder. “Sooner the better.

“With a short week you can do it that much faster.

“You don’t have too much time to dwell on what happened but you still have enough time to go back and correct your mistakes.

“It’s not too different, really. You just don’t get all the review days at the end.

“Just a question of getting on the same page with the receivers in anything new we’re doing and making sure you’re locked into a game plan because you don’t get a lot of physical reps. But the mental part is still there.”

With only four days of rest and prep between Saturday’s late-on 30-23 loss at Hamilton’s Tim Hortons Field and the impending arrival of the Toronto Argonauts to McMahon, this represents the equivalent of cramming for college finals.

“Obviously we’ve gotta learn from what happened last week,” says Calgary QB coach Ryan Dinwiddie, “but at the same time they’ve got to put in extra study time, a week’s worth of work, in just a few days. So they’ve gotta do stuff at home, can’t always just be at the office.

“Put it behind you. They haven’t won a game yet but that doesn’t mean they’re not going to play hard, come out and try to hit us in the mouth.

“So we’ve got to make sure we take the fight to them first.” 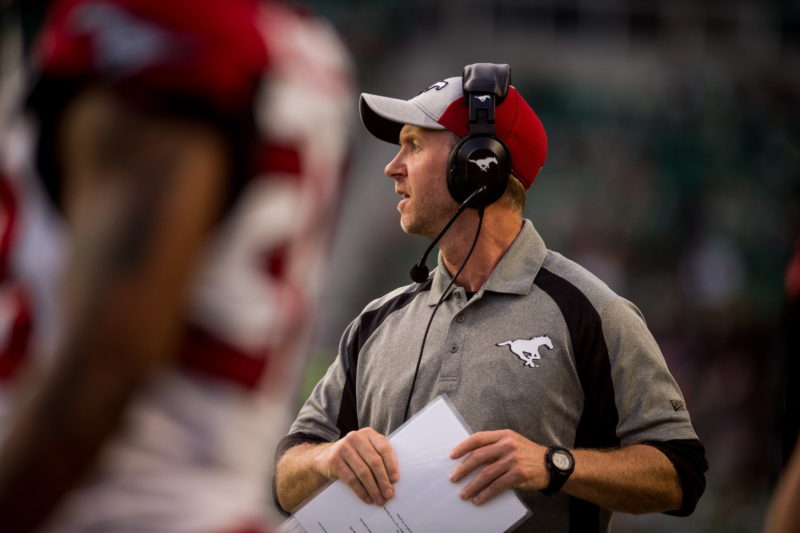 If the homeside will undoubtedly be juiced to put the Ti-Cat defeat well and truly behind them, the 0-4 Argos – averaging a shade over 40 points against per start – are bound to arrive in a bit of owly mood themselves.

“Last game, we started off pretty well and then took turns messing up,’’ reasoned Stampeder slotback Eric Rogers. “All three phases. Special teams sputtered there in the second quarter, then in the third the offence slowed down and when we needed a stop in the fourth we couldn’t get it.

“And we still had a chance to win.

“Probably helps in a short week to be dealing with a loss. There’s no shortage of incentive. We know we have to re-focus and get back to doing what we do well.

“We’ve got to get out on them early and this time not let up, not make the same kinds of mistakes, that cost us last game.”

With only a walk-through remaining before Thursday’s 7 p.m. kick-off, the opportunity for atonement is rushing up on them. Headlong.

“You can tell,’’ acknowledged Stamps’ head knock Dave Dickenson, “it’s a short week. They feel a bit tired. Hope they don’t feel sorry for themselves because they’ll get their butts kicked.

“You can’t take a day off. You can’t. You’ve gotta show up and improve every day, unless you just want to be average.