Waiting at Philadelphia International Airport’s baggage carousel, even at the embarkation point on a future he’s long dreamt of, the old ties tug, they linger.

“It’s the first day of camp so I guess we’ll see how tired I am when it’s over. But I plan on watching. Definitely.

“They’re all still my best friends. Being able to see my guys play is important to me.

“I watch on ESPN Plus and actually when I was home two of the games were on ESPN 2, which was nice.”

The NFL Eagles, including a certain first-year, California-born linebacker armed with a perpetual smile and decidedly shaggy mane, reported today for conditioning tests, physicals, and opening position and policy meetings.

“I’d say there are more nerves now, flying in,’’ reckons Singleton. “I guess that’s normal. Just waiting to get it started. I know all the guys so that’s not going to bug me.

“Just going over the notecards again, the film again. Making sure I’m not messing up Day One. But I went over it all on the plane and I feel ready to go.

“It’s been different. In Calgary, they’re already in Week 6, Week 7 of the season. Doing my thing. To have had the last five weeks off just to train and get ready for a six-week camp with four pre-season games is good, I think.

“But it’s nice to finally get going and hopefully make a name for myself.

“Once we’re out on the field it won’t feel any different than any of the last 20 years of playing football.”

Life as a pro athlete in the City of Brotherly Love might require some adjustment, though.

“It is interesting,’’ he acknowledges. “I went to a Phillies game and the fans are still chanting Eagles stuff. When we walk into a restaurant, it’s a little different.

“But I think Philadelphia, when it comes to sports, might arguably be the biggest city, in the world. Especially Eagles football. 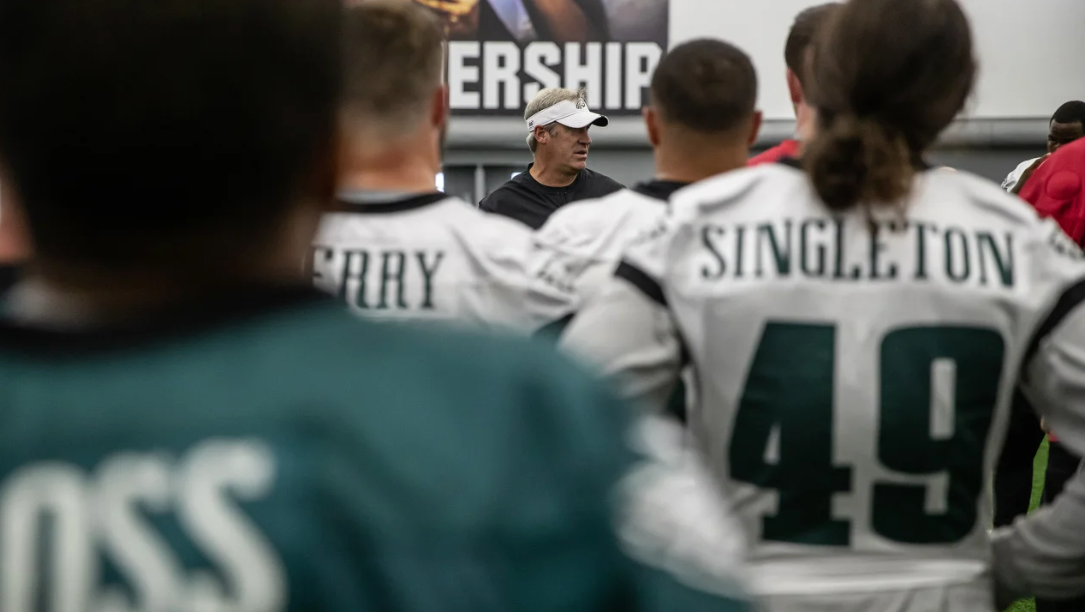 Although the Stamps are only 3-2 heading into Thursday’s date versus the Redblacks, Singleton sees vast potential in the revamped group.

“The Next Man Up philosophy,’’ he stresses, “is real. I mean, watching the offence in that game against Hamilton, I think I counted nine of those guys having been either practice guys or camp guys. But it didn’t look like a new offence.

“Hamilton was the best team in the East at the time and without those two special-teams TDs, Calgary beats them. Handily. Even with so many new guys, so many new faces.

“It’s really impressive what Huff has been able to do over the years. This year you couldn’t even call it ‘patching’. Looks like the whole dam broke.

“But they always bring in quality players and continue with the standard.

One of the key positions that required filling this summer was, of course, was at middle linebacker. The place where No. 49 used to roam, sideline to sideline, hunting down ball carriers like

Thirty-four-year-old Cory Greenwood has stepped in to fill the breach.

“Me and Cory are really good friends,’’ reports Singleton, an immensely popular figure in this town over his three season in red and white. “We talk almost every day. Early on during camp, I was like: ‘Dude, how’s it gong?’ He knew linebacker was going to be a Canadian spot, that as a veteran player he’d be able to step in and get first-team reps. 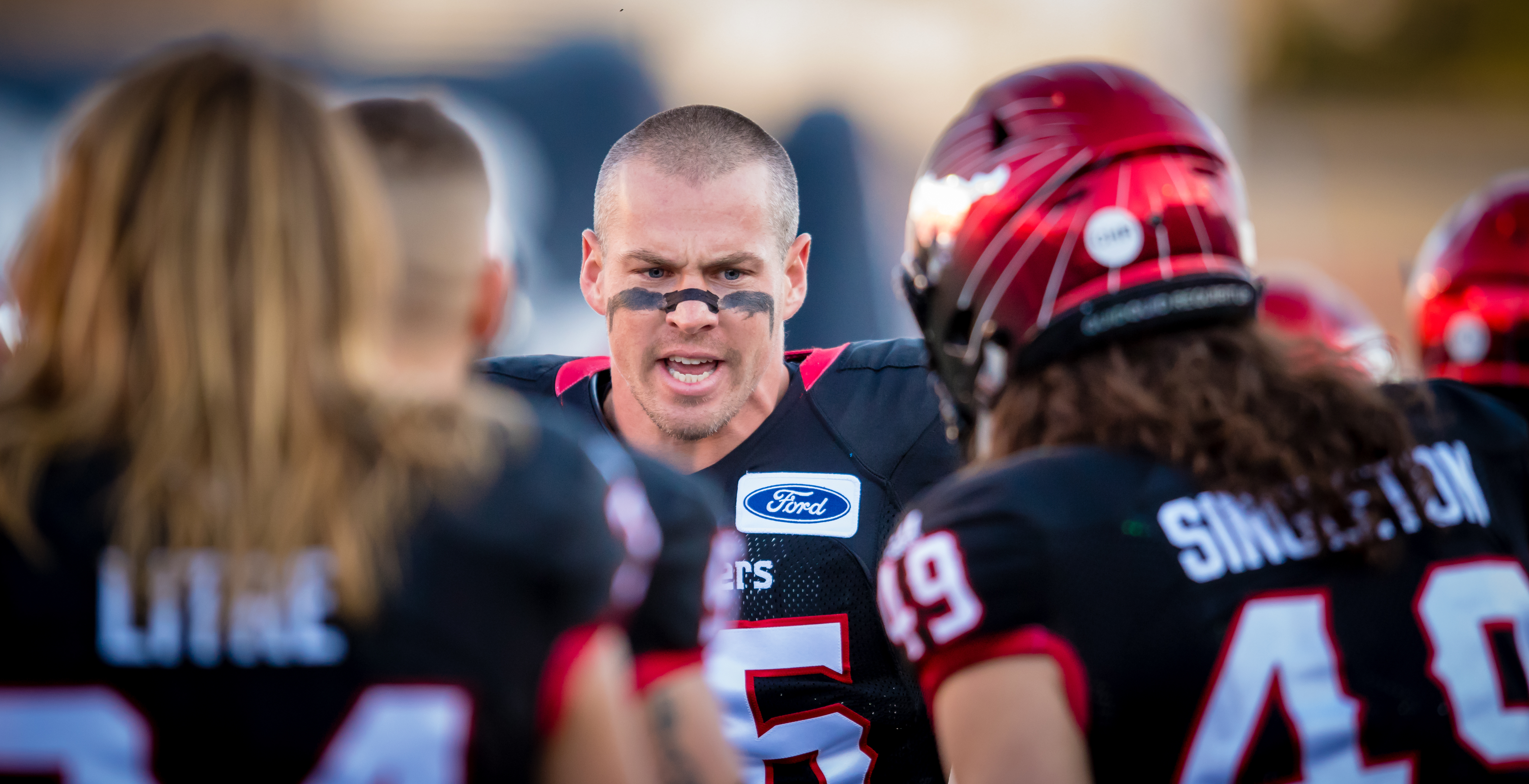 “Last year, remember, he was basically a special-teams guy. I wasn’t giving up reps in practice because I was getting ready to win a Grey Cup. So he didn’t get a lot of time in the middle.

“So he’s had to learn a lot, but he prepares really well and it’s showing.

“I don’t think I had a game where I had a pick, a forced fumble and recovered fumble. It’s so cool to watch, to talk to him after games on FaceTime.

“I know exactly what he’s growing through, the highs and the lows.”

During the first five Stamps’ tilts @alexsingleton49 – on hand for the home opener at McMahon Stadium, of course – has been a constant internet presence, tweeting up a storm.

“Oh,’’ he assures you, “I’m definitely not very far from what’s going on.”

And so, then, three or so months from now, when the temperature begins to dip, the snow starts to fly and the screws to tighten, the 2017 CFL Most Outstanding Defence Player wouldn’t wager a brass farthing against a repeat by the defending champs?

“I know that organization too well. I’d never bet against them,’’ laughs Singleton in reply.

“They’re playing well. To have so many changes and still be right there … and it still isn’t even Labour Day. With some more time, some more games, they’re only going to get better and better.”

So while Stampeder fans here and across the land are going to be tuned into TSN for tomorrow’s joust, it’s a pretty safe assumption that one guy at Philadelphia Eagles camp (maybe two, with WR Marken Michel also in camp) will, as well, on ESPN Plus.

Dog-tired from the physical strain of Day One or not.