The evolution is ongoing.

“Everybody was pretty much set, established.

“This year we have SO many new moving parts.

“We have to figure out how everybody’s gonna mesh … being vocal, maybe not being too vocal, because some people might get butt-hurt.

“But at the same time, the more games we play, the more we experience, the more we all find out about how each individual plays together, we’re just going to continue to get better and better.

“Right now, as we continue to go about finding our way, we’re just a real scrappy team.”

Well, consider: A massive turnover in upper-echelon personnel, beaten in the 2019 curtain-raiser by Ottawa right inside their historically well-nigh impregnable McMahon Stadium stronghold, 11 points in arrears at the same venue with 2:42 left on the clock in Game 2 versus B.C. and their symbol-of-the-franchise MOP QB on the sidelines uneasily nursing a wonky pitching wheel.

And, voila!, after the previously-winless Toronto Argos get off the schneid by poleaxing the Winnipeg Blue Bombers on Saturday night in the Big Smoke …

The Calgary Stampeders find themselves a victory over the visiting Edmonton Eskimos away from 5-2 and a share of top perch in the West Division and, as it happens, the entire CFL.

“I’m not too worried about that part of it,’’ claims the bookish-looking boss, head coach Dave Dickenson, on walk-through morning. “The season’s going to be up and down. You’re going to have your highs and lows. You’ve gotta play all these guys multiple times.

“It’s gonna be a dogfight, though.

“I do think you can set yourself up in a better position. We play these guys three times, two at home. If you just protect your turf, obviously win the series, that would be big for us.”

A Battle of Alberta Rock ‘em Sock ‘em Robots pier-6er is in itself is enough to get local football partisans salivating. Slap a first-place showdown tag on it, as well, and the hype machine finds itself on overload.

“To be in a game that could put you in first, that’s added motivation,” acknowledges the most tenured current Stamp, DB Brandon Smith. “But we also know it’s a long season.

“Do we want to want to be tied for first after this game? Most definitely. That’s why we play every week – to win games. But we’re pretty low-key. Pretty even-keel. We understand that this is a process. Nothing is ultimately won or lost this week.

“A big game, lots of interest, but it’s not the be-all, end-all. It’s gonna be a grind right to the end of the season.”

“We’re still a team that wins a lot of football games,’’ he reminds you. “We’ve got a lot of confidence. To me, we still have a lot of skill. We’re physical, tackling well. We have good special teams.

“So there are a lot of positives there.

“Thing is, we’re still building, growing as a group. Not like the past, where we had a lot of superstars. I’m not sure a lot of people know the names on the back of the jerseys but they still respect what this team has done, and continues to do, year-in and year-out.”

Naturally, the Argos; upset of the 5-1 Bombers was a major talking point Friday.

“That was a fun game last night, from a fan perspective, any time it’s a close game and a comeback,’’ agrees Calgary quarterback Nick Arbuckle, marking the first BofA start of his three-year Stampeder stay Saturday. “Honestly when it got to be 20-0 early in the game, I kinda stopped paying attention. Then I came back in the third quarter and it was 20-20.

“I knew Toronto was a good team.”

And the prospect of being able to draw up alongside the Bombers and Tabbies atop the summit of both the division and the league?

Right now, the Stampeder focus is on strengthening and solidifying. Wins, positioning in the standings, are attractive byproducts of that singular aim.

“If you start thinking ahead – ‘Oh, if we beat these next two teams we’ll be first in the West …’ – that’s when you start getting yourself in big trouble,’’ he cautions.

“Understand, whether Winnipeg won or lost last night, we’d still have Edmonton tomorrow. Does the significance change because of what happened (Saturday)? Sure. A little.

“But we’re not going to get caught up in ‘What if’s …’ or possible scenarios.

“We’re only concerned with ourselves, where we are right now and where we’re headed.” 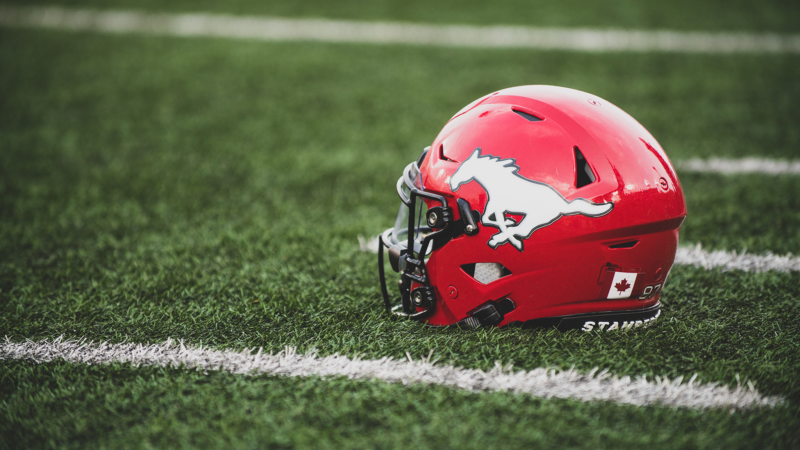 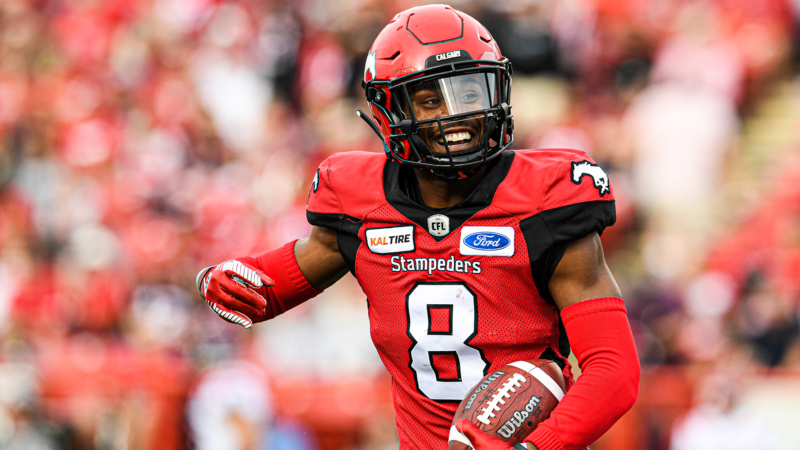 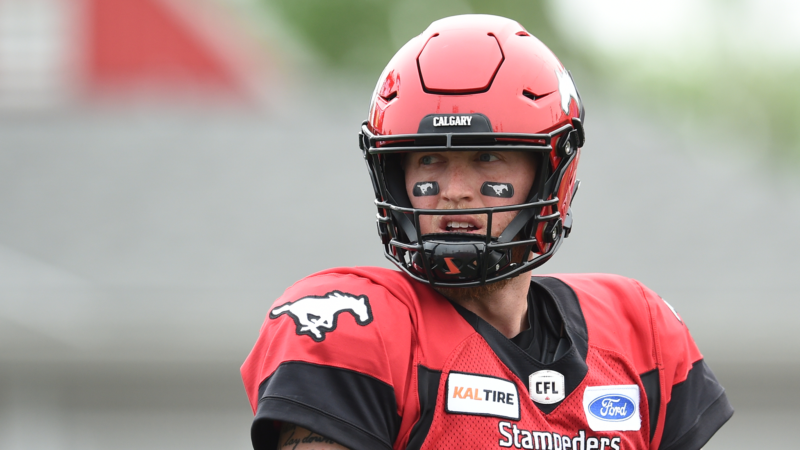