“I want to do something for the Grey Cup I think that would be cool to do a tattoo for that, I just haven’t come up with an idea yet,” says Lawrence. 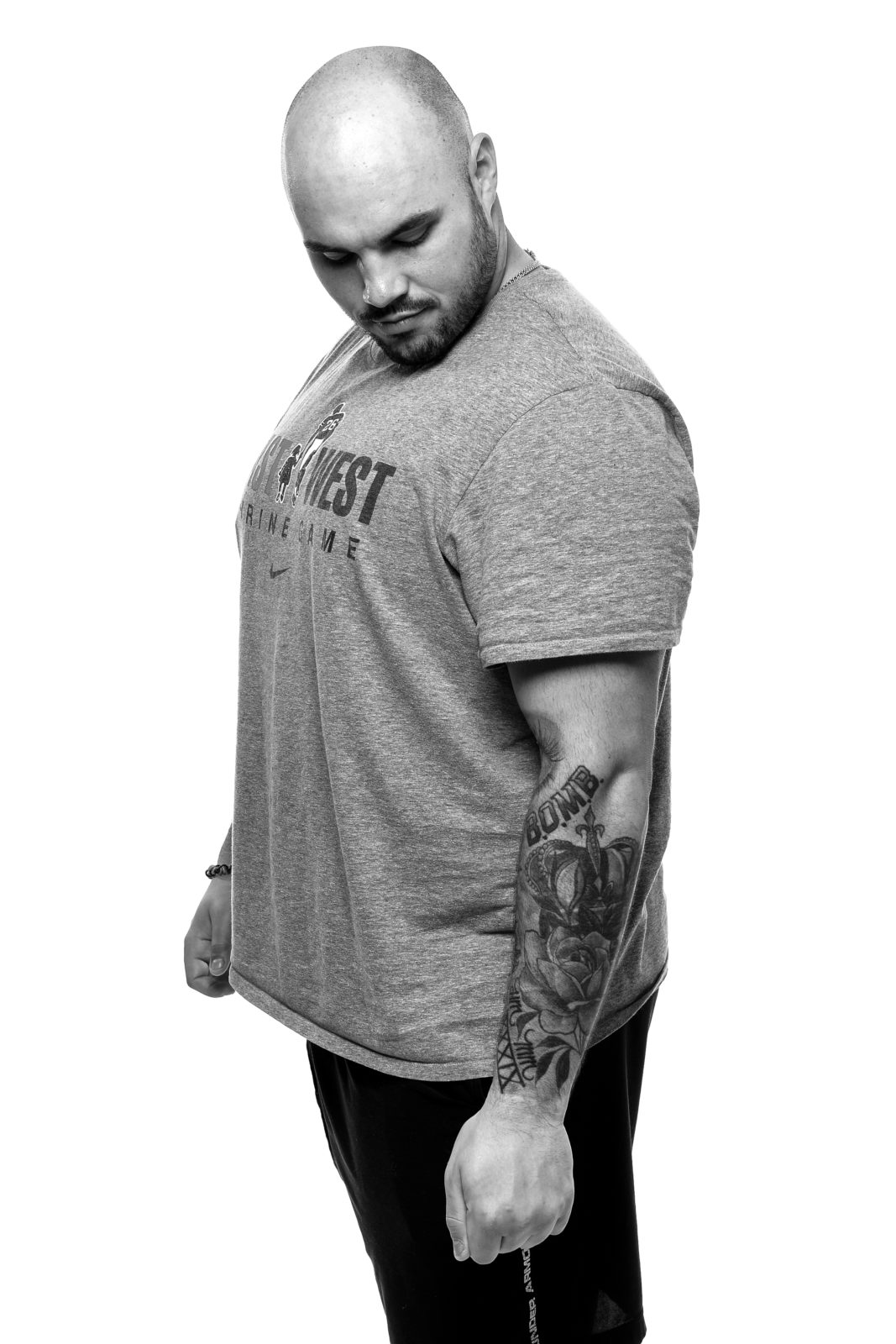 Rewinding to the start of his football journey, the letters B.O.M.B are printed in large, thick letters on Lawrence’s forearm, a nod to his university team, the U of A Golden Bears.

“That’s a slogan from the Bears that we had, when Coach Morris became our head coach he kind of brought that with him. Ironically it’s a saying from the Eskimos that he stole but it was put into our own terms for the Bears, so it stands for Brotherhood of Mean Bears, it’s kind of our slogan from my days there.”

Another coach from Edmonton had an impact on the 23 year old’s young life, former CFL offensive line coach Bill MacDermott, who coached Lawrence at the University of Alberta.

“I got the skull and cross bones for Coach Bill MacDermott, he was a big influence in my life and a legend around the football community. I worked lots with him but the guy meant the world to me, I remember visiting him in the hospital while he was there and he had a real rough looking skull and cross bones on his arm so I thought it would be a good way to honour him so I put that on my forearm and then put ‘Mac’ down below, that’s what everyone called him.”

In terms of what the future holds for more ink, Lawrence is open for anything.

“I want to finish up the sleeve, I want to do the top half. I haven’t come up with anything yet but it’ll be there soon.” 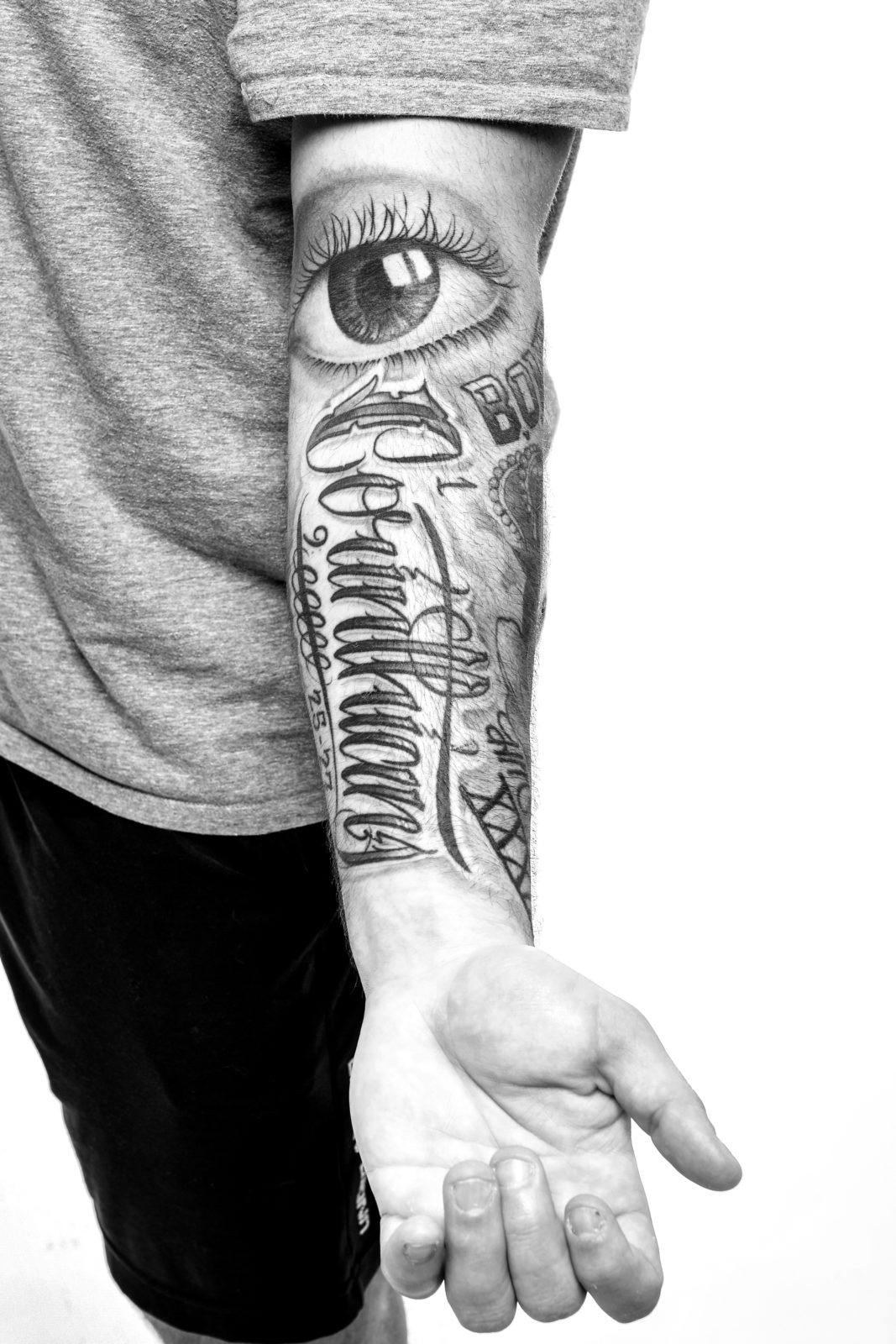