Red-and-White enthusiasts were looking for anything to help forget an unfortunate turnover in the 105th Grey Cup.

And Kamar Jorden – probably the one individual who wanted to move on the most – just so happened to tackle those memories to the ground.

The following year, in a late-June tussle in Toronto against those very same Argos, Jorden did his part to begin erasing the heartbreak from the previous season.

“In Toronto in 2018, we had the ball in Toronto territory and then Bo (Levi Mitchell) got sacked and the ball came loose,” remembers Jean Lefebvre, the team’s Director of Communications, who was on the Stampeders’ sideline for both infamous moments. “(Argonauts’ defensive back) Ronnie Yell picked it up and it looked like it was going to run it back for a touchdown. KJ was running a route and, not only was he downfield, but also at an angle. He could have given up on the play, but he hustled and he chased that guy down.” 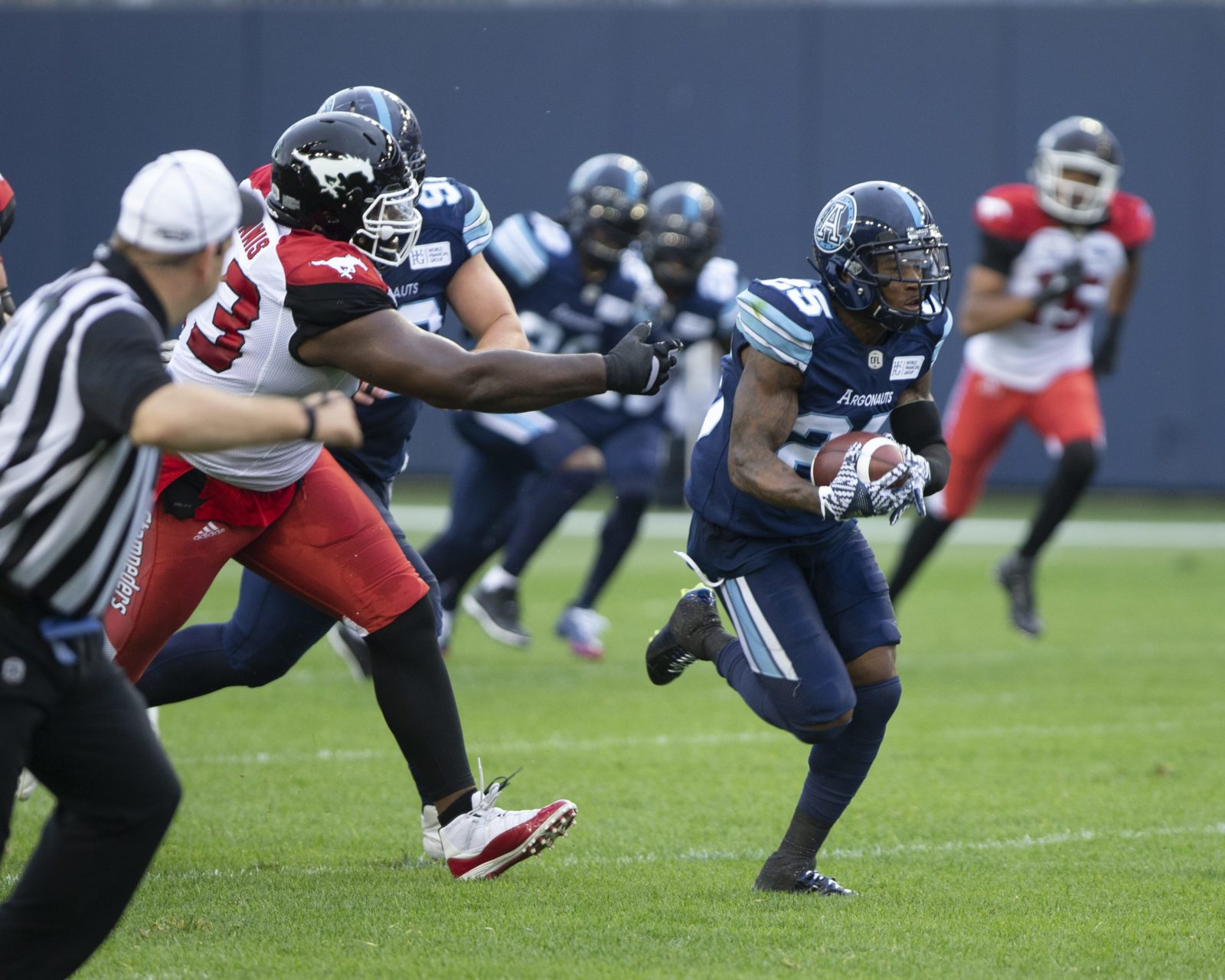 Not only did Jorden’s ‘horsepower’ prevent a touchdown, but after the Calgary defence held the Argos to a two-and out inside the red-zone, the ensuing field-goal attempt was serendipitously botched.

Of course, that seemingly out-of-nowhere chase-down would have impressive under any circumstances. But considering what had occurred on a snowy TD Place Stadium field just seven months prior, this one just meant more.

“KJ obviously had some baggage in regards to that fumble against Toronto, and the bench was just so fired up,” Lefebvre fondly recalls of his all-time favourite moment while working for the Stamps. “It was really cool. They obviously saw how much ground he covered and the closing speed.”

The takedown by Jorden to conclude the first quarter not only prevented points of any kind, but it also helped catapult the Stampeders to a resounding 41-7 win. It was clearly a much more comforting result than the gut-wrenching 27-24 prior loss to the Argonauts, which is often unfairly remembered for Jorden’s fumble returned for a touchdown by Cassius Vaughn.

“The fact that KJ never hid away from that (was so admirable),” praised Lefebvre. “He felt bad about it, but he never got mad at anybody who criticized him for it. It was so important for him to prove himself after that. Making catches and touchdowns was the easy way, but that was an unexpected way to prove himself to his teammates.”

It was simply a tremendous play towards the beginning of the season, a season which would eventually be capped off with a championship title.

“We ended up winning the Grey Cup that year,” Lefebvre pointed out. “And that’s kind of one of the plays that set the tone for it.”