You can call it a comeback.

Six seasons ago, the Red and White trailed the visiting Toronto Argonauts by a 26-point margin with less than five minutes to go in the second quarter.

But then the tide started to turn.

“What I remember was that it was Faith and Family Night in 2014 when we played Toronto,” said Stamps’ senior account executive Scott Bentley, when flashing back to the team’s annual game with special offers made to members of local churches. “We were down four scores late in the first half until we started getting some momentum. At the end of the first half, we scored to cut it to 29-10.”

It was a Bo Levi Mitchell pass to former Stamps receiver Sederrik Cunningham which gave Calgary a desperately-needed sign of life with 42 seconds remaining in the opening half of play.

On the series immediately preceding the 12-yard major to Cunningham, the Stampeders defence forced a much-needed two-and-out when the Ricky Ray-led Argos were forced to punt, which just so happened to be fielded by Cunningham for a promising 20-yard gain.

“We had a bunch of momentum and you could tell that everyone on the team felt like we could come back,” Bentley emphasized when asked to revisit his favorite memory during his seven-year tenure with the organization.

Bentley, who leads the communication and sales efforts of the aforementioned Faith and Family Night each year, specifically summarized the affect a former defensive lineman had on the entire evening.

“DeQuin Evans was interviewed on the scoreboard at the half and said that everybody in the locker room had faith that we could come back,” a reminiscing Bentley distinctly describes. “And then one of the receivers, on the way out of the locker room after halftime, turned around and said, ‘We’re coming back. You watch, we’re coming back.’” 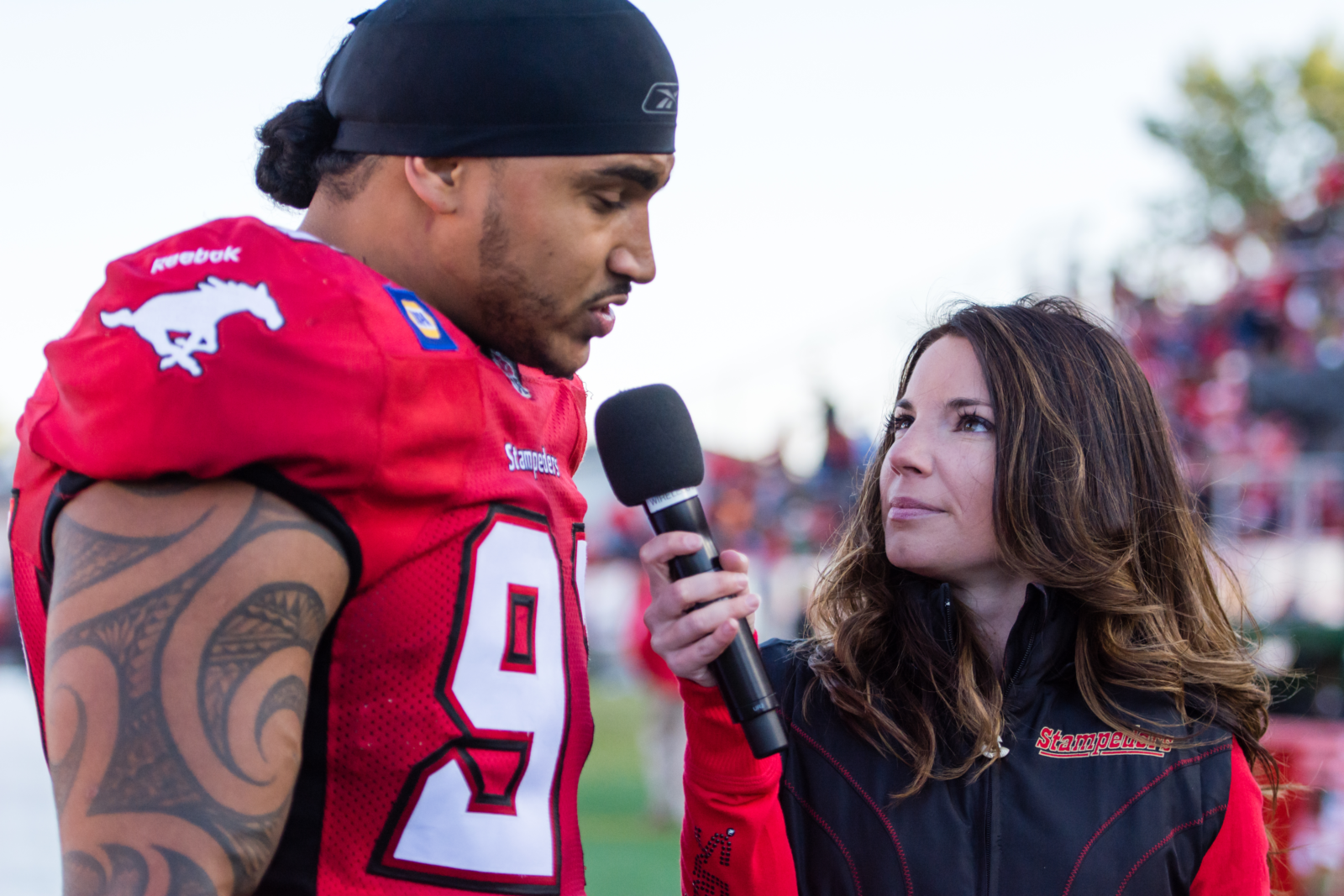 And sure enough, he was right.

Touchdowns from Brad Sinopoli and Jabari Arthur as well as a rushing and receiving score from Jon Cornish enabled Calgary to climb out of the hole. Drew Tate threw a pair of those touchdowns as Bo Levi Mitchell exited the game due to injury. Cornish would finish his outing with a dominant 174 yards on just 11 carries and the Stampeders defence conceded a mere four points over the final 30 minutes.

The game ball is now on prominent display in the players’ lounge adjacent to the team’s locker room as a tribute to the game that tied the record for the largest comeback in francise history.

“DeQuin had a sack that game as well and then joined our Faith and Family group on the field after that game,” Bentley explained. “I think the newspaper even picked up on it being Faith and Family Night, too, which sometimes doesn’t hit the mainstream media.”

Not only was Bentley thankful for the tremendous come-from-behind victory, but he also knew it would bode much better for the post-game meet-and-greet between a group of players and the hundreds of Faith and Family group members.

“Before every Faith and Family Night, I’m always thinking, ‘We can’t lose,’” laughed Bentley. “‘The guys are going to be cranky coming out of the locker room and people are going to leave if it’s a blowout.’”

Luckily for everyone in attendance that night, the collective faith never once wavered.