What wild game it was, as he sat surrounded by a boisterous crowd cheering the Stamps on to a West Division title.

It’s a recollection that Stamps’ Manager of Sales Alex Snell often reminiscences about, and one he can’t help but think about now, seeing as both congregating together and football are temporarily halted.

With many fond memories of the Stampeders dating all the way back to 2005, Snell is quick to place the 2008 Western Final at the very top of his list.

“That would have been the fourth year in a row making the playoffs and hosting a playoff game,” explains Snell as he rewinds to his early years with the team. “In the previous three years hosting a semi-final, we got in and probably should have won them, but lost them. We just couldn’t get past (that game). I’m sure fans were wondering if (quarterback Henry) Burris was going to be ‘the guy’ who was going to do this for us, but internally we all thought that Henry was the guy and that he was going to win us a championship.”

In the 2008 campaign, the Red and White finished with a 13-5 record – their best mark in 12 years – to earn an automatic bid in the Western Final. The BC Lions, coming off a Western Semi-Final road win over the Saskatchewan Roughriders, provided the opposition.

The Stamps had just beat the Lions on their home turf to close out their regular-season schedule, but this time the stakes were much higher, as the victor would be Montreal-bound for the 96th Grey Cup.

“It was kind of a back-and-forth game in the beginning,” Snell recalls. “We were wearing the black jerseys. I remember Ken-Yon Rambo scoring right before halftime. We weren’t playing very well and that was a bit of a spark for us. But there were two circumstances, and one by Mike Labonjo, where we stuffed BC when they went for it on third-and-one.”

Rambo’s reception with nine seconds to go in the second quarter, followed by Sandro DeAngelis’ convert, pulled the Stamps to within three heading into the break.

Paul McCallum’s fourth-quarter field goal would narrow the Lions’ deficit to four, and that’s when the Calgary faithful really did their part in helping put the blitz on the BC offence.

“For the last five minutes of that football game, everybody in the stands was on their feet,” says Snell, with a grin detectable through the phone. “No one was sitting. That atmosphere, with a sold-out crowd, was electrifying. Even talking about it today gives me shivers.”

A late interception by former Stampeders defensive back Brandon Browner seemed as though it might have sealed their ticket to the following week, but it wasn’t until one last heave from BC’s Buck Pierce fell to the ground as time expired that the final result was decided once and for all. 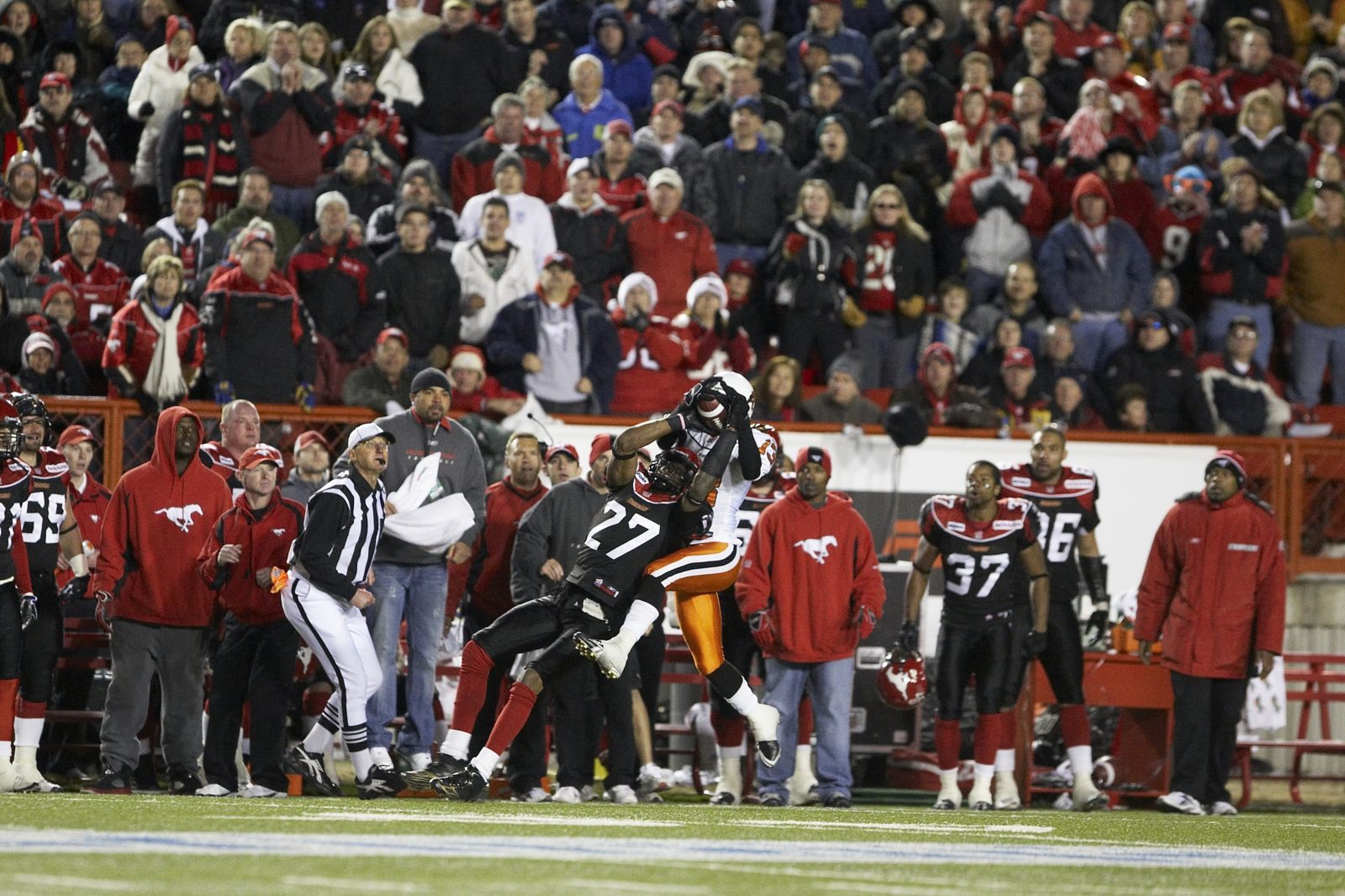 “It was just a rush of emotion that felt like we won the Grey Cup,” Snell says fondly. “For most of us staff members, we were all part of a new regime when they brought in (general manager and then-head coach John Hufnagel). It was just an awesome, awesome game to win for our fans at home.”

Seven days later, the Stamps would go on the claim the sixth Grey Cup championship in franchise history, catapulted forward by that Sunday afternoon victory at McMahon Stadium.

“I’ve never heard McMahon as loud as it was then, even to this day,” claims Snell. “Every time we get close to the playoffs, I probably tell this story to half of the people I talk to. It’s the greatest game at home for me. Ever.”