For Stamps fans of a more mature age, the 1992 edition of the Red and White is one that will always be remembered.

And Legacy Night back in 2017 allowed the next generation to relive the glorious past while also celebrating the promising present.

Three years ago on a Late-July weekend, the Stampeders hosted numerous members of the 1992 Grey Cup team in honour of the championship’s 25th anniversary.

“The day before the game, all the (former) players who lived in town or came to town showed up for the current team’s walk-through,” remembers Molly Campbell, the team’s digital-media-manager-turned-director-of-football-administration. “The current players seemed to really look up to the ex-players and enjoyed talking to them and hearing their stories. The O-linemen even played bocce ball together which has been a Stampeder tradition for nearly 30 years when Rocco Romano started it. It was cool to see the ex-players remember when they used to do that and were floored to see it was still a tradition.”

Highlighting the day-before on-field preparations was a re-creation of the legendary “shoeless touchdown” play from the Western Final back in ‘92, as quarterback Doug Flutie stepped out of the cleat clinging to his right foot and broke the plain of the goal-line from three yards out. The illustrious score came in the final minute of play to help the Stamps dispatch the Edmonton Eskimos by a single point.

“It turns out Geo (long-time equipment manager George Hopkins) still had the shoe Doug Flutie was wearing that game and he brought it out,” Campbell recalled. 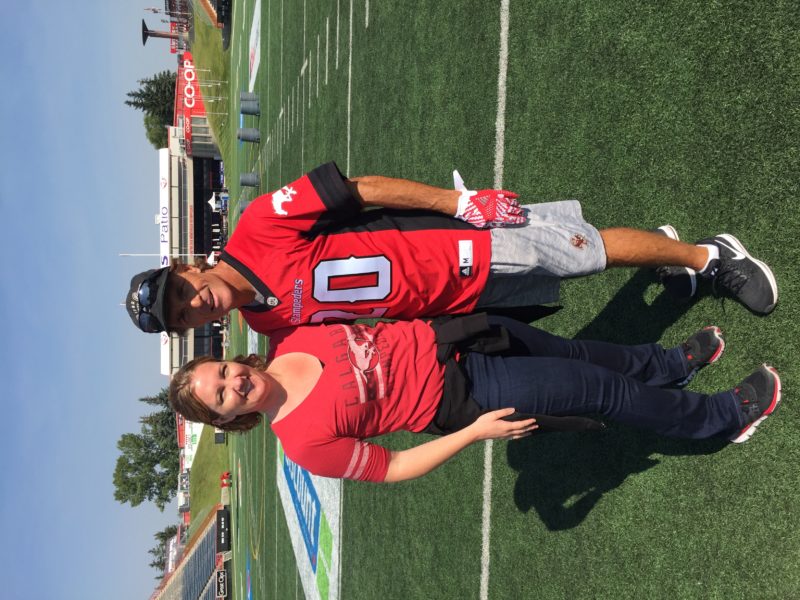 As for Legacy Night itself, the present-day Stamps put on one heck of a show in front of their beloved predecessors.

“The Stamps went on to beat Hamilton 60-1,” affirmed Campbell, when asked to specify her favourite memory as a Stampeders employee. “The energy in the stadium was insane. And every time the Stamps scored in the south end zone, the players would run to the area were the 1992 team was and celebrate with them.”

In a game that went down as the largest margin of victory in the then-72-year history of the franchise, it seemed nearly everyone got in on the scoring action.

On a weekend that started with reminiscing over fond memories, a whole new collection of cherished moments were created that day for the likes of Bruce Covernton, Darryl Hall, Will Johnson, Greg Petersen, Dave Sapunjis, Pee Wee Smith, Srecko Zizakovic, and Flutie to fittingly observe first-hand.

All concisely encapsulated by Campbell.

“It was like nothing could go wrong during that game.”