We had a chat up with our star QB, Bo Levi Mitchell, to find out what he’s been working on, his fantasy football failures, and more!

Q: Since our last chat, what have you and your family been up to?

A: During the summer, there was a lot of golf. Since Maddie and the girls have been back, I’ve been training a lot and I’ve actually started training kids now, too. I’ve partnered with ALFA – which is Taylor Altilio’s (Assistant Special Team’s Coordinator) program. ALFA is a lot of weight room training and speed training and we do a lot of skill position and individual training. In conjunction with them, we’re going to run a seven’s program starting in November. That’s been keeping me busy for sure, just trying to create the plan and get as much coaching for these kids since a lot of their football isn’t happening.”

I’ve been spending a lot of time with the family. We just went down to the Calgary corn maze and we let the girls pick out a couple of pumpkins. That place is always awesome. We do a lot of walks and Ele has a name for every park near our house, so she’ll pick which one she wants to go to that day and we’ll go there. It’s been a lot of having fun with the family, being a dad, and navigate just like everyone else is nowadays.”

Q: Has it been a nice silver lining to be able to spend more time with your girls?

A: Oh, for sure. You see such a different reaction from the girls everyday knowing that you’re at home all day and not be at work every day for 10 hours a day. I wish we could be playing football right now, but it’s still a blessing on the family side of things.

Q: As for your health, how has the shoulder rehab been going?

A: It’s been obviously not a blessing for a lot of people, but for my career, it’s been a blessing to be able to have surgery and have an entire season to just train and get as strong as possible. It’s been awesome for me to be able to slow it down and attack any problem areas. It’s not just my shoulder, either. Anything that has been ailing me over the last few years – I’ve been a guy that has played through lots of little things and they compound on top of each other. It’s been a blessing to be able to attack the entire body and heal up everything and strengthen some things that were weak before. I’m excited about it, I’m feeling ready for football next year.”

Q: Is it hard to watch college football or the NFL, wishing you could be playing?

A: It does make you miss it. It’s tough to watch and know that you want to be out there playing and you should be out there playing. But it’s fun to be able to turn into a fan and watch a guy like Alex Singleton make a game-winning interception and fan boy a little bit. Getting to watch former teammates like him, Reggie Begelton, and James Vaughters out there is really cool. That has made Sunday’s more fun to watch. But we make Sunday a big event around here with lots of food, have friends over and hang out and have fun watching football all day.” 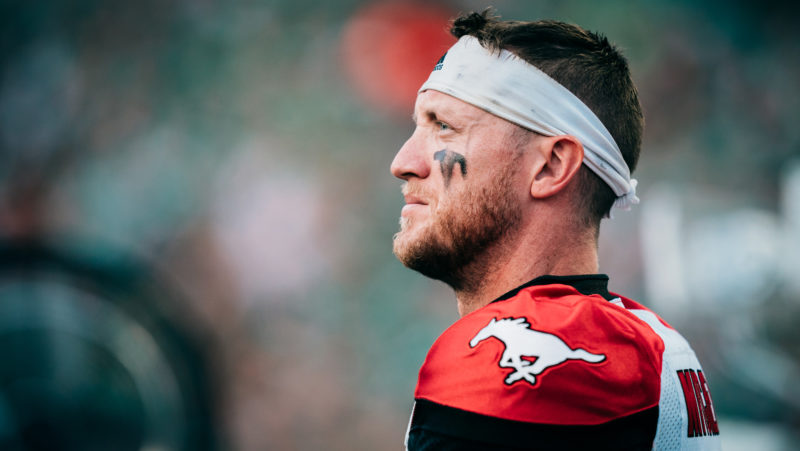 Q: Being a competitive guy, how do you replace that need for competition without football?

A: Golf and Fantasy football, those are two big ones for sure. I actually played my wife this past weekend in fantasy football and she beat me when the Saints-Chargers game went to overtime. I had the win locked up, but she had Alvin Kamara and Hunter Henry and when the game went to OT, they racked up a few more points to push her ahead. It was tense in the household for a little bit. Maddie knows how competitive I am and I need to keep that going or I would go stir crazy. I think it helps to do the training I’m doing with the quarterbacks. I’m out there doing the drills with them, competing with them and making all the same throws as them. So, it’s a fun way for me to train and teach them at the same time. This football academy has been a lot of fun and has kept that competitive spirit going.

Q: With so much time to design an offence, what are you expecting from Dave Dickenson when you return to the field?

A: He’s a mastermind. You give this guy this much time to look through things and figure out where we’re not productive and what we’re really, really good at, he’s going to find some great ways to maximize things. It’s exciting for me to know that we’ll come back to wrinkles in the playbook and maybe even different types of playbooks. The running QB thing has become a big thing this past year with Chris Streveler, so there’s the possibility for Montell Cozart and the guys we brought on to be productive and keep the defence guessing. 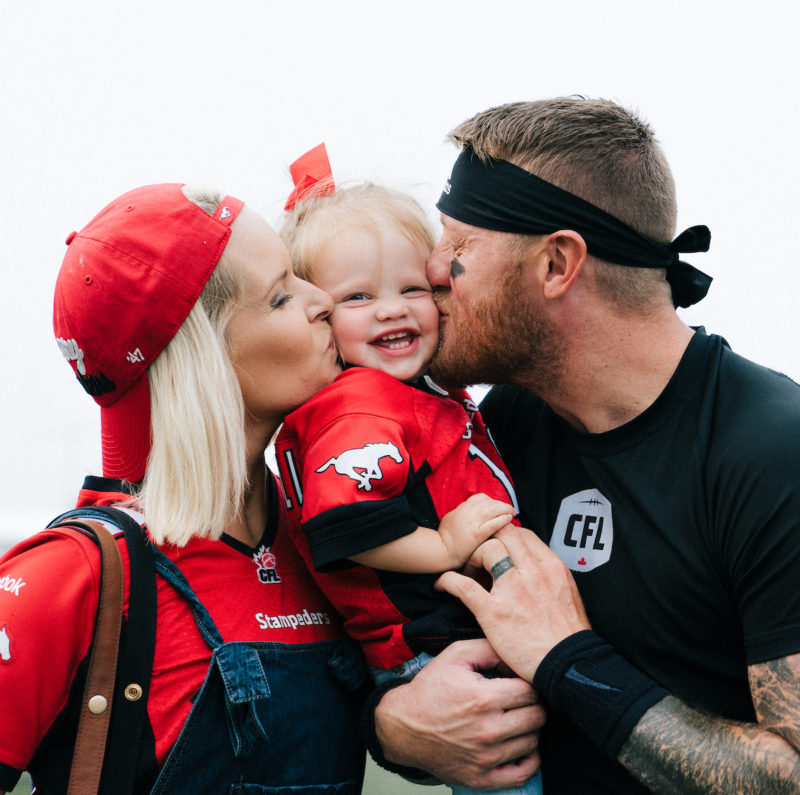 Q: Have you stayed connected with your teammates throughout the time away from the Stadium?

A: The guys in town – Kamar Jorden, Colton Hunchak, Mike Klukas, Hergy Mayala, I’ve kept in touch with all of the local guys. I’ve been talking to Eric Rogers a little bit and talking about making sure we’re in a position to be attacking the league like we have in the past and about how scary our offence can be with the guys we have at receiver. Definitely trying to keep in touch with everyone and make sure they’re good.

Q: How excited are you at the possibility of playing CFL football in 2021?