The Stampeders and local high school football – the two go together like a snowy late November afternoon and the Grey Cup.

Over the years since the club’s inception, the roster has featured some of the best players to graduate from the local ranks.

This important relationship with the community has had a profound impact on the franchise, one it’s extremely proud to continue to foster with the next generation of stars, including Michael Klukas.

“It is a dream come true,” said the former St. Mary’s student. “I was the kid growing up in the backyard throwing the football to myself, thinking about playing on Labour Day. So being able to live that out is really cool.”

Stamps TV’s Alanna Nolan caught up with Klukas and former Stamp Greg Peterson at Shouldice Athletic Park to talk about what it means to put on the pads for your hometown team.

Check out the video – and below it, you’ll find offensive and defensive depth charts of all the local high school kids that have suited up for the Stamps. 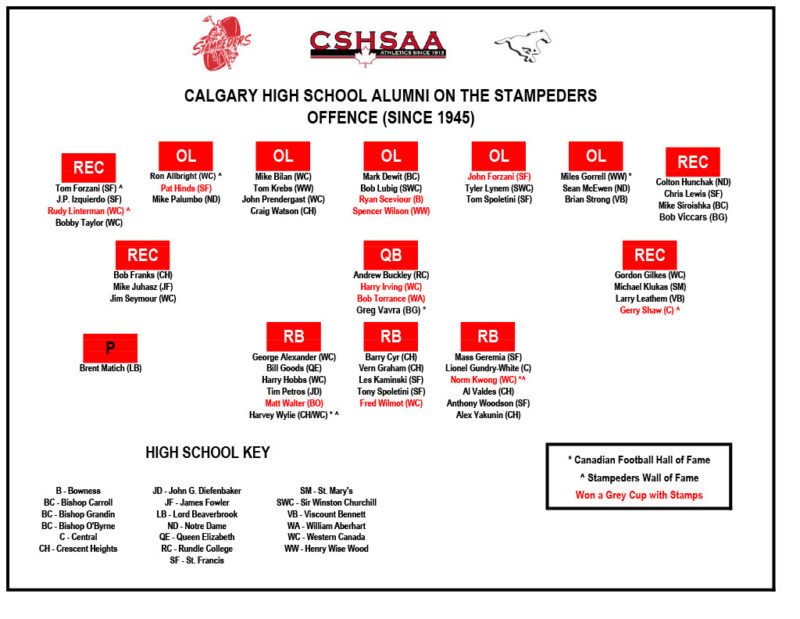 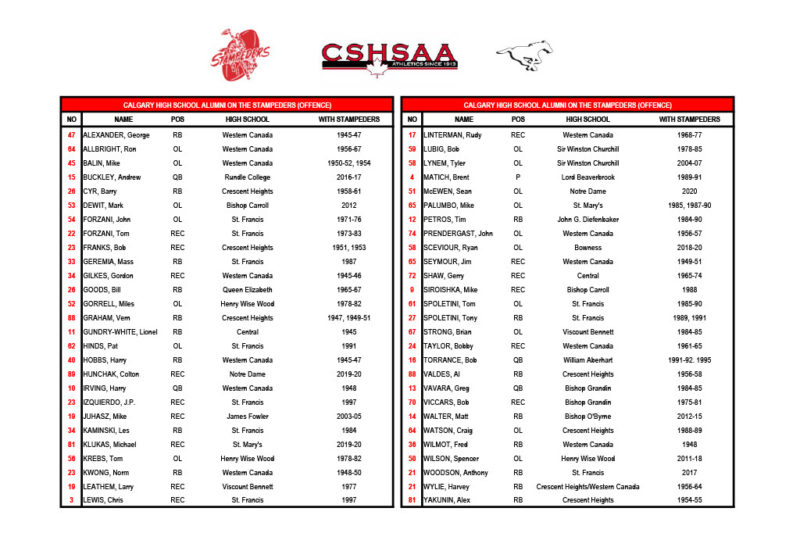 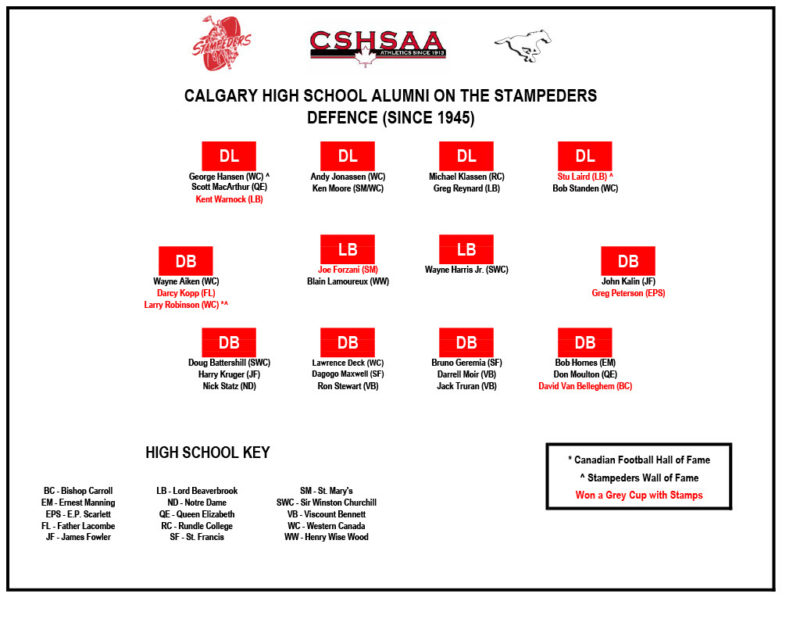 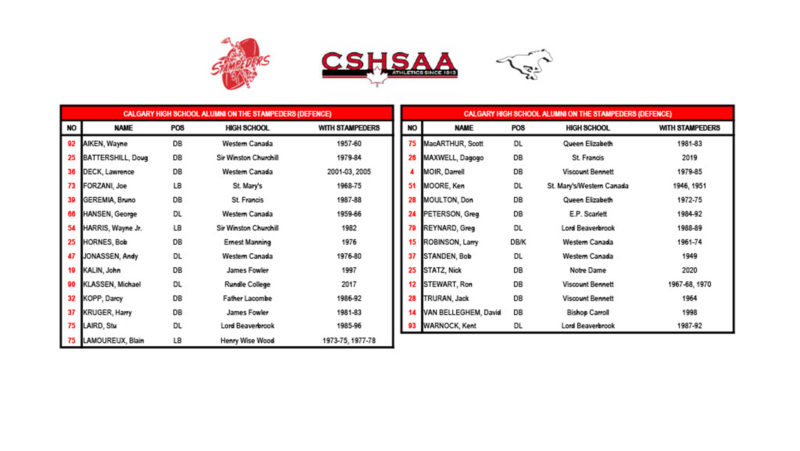