He’s gone from McMaster to McMahon.

And 2020 fourth-round draftee Tyson Middlemost isn’t the only one to represent the Marauders this camp, joined by former coach and Stampeders alumnus Marquay McDaniel who now serves as the Stamps receivers coach.

It’s funny how things work out as the two are reunited after a 2018 season at McMaster that saw McDaniel work closely with the now 23-year-old pass catcher.

“I love his coaching style and how he is as a person” Middlemost said. “He has so much knowledge of the game with his wealth of experience playing in the league and really does a great job of communicating and making sure we all know what is expected.

“Right from the start he’s been making sure we hit the books to study the playbook. It’s complex and a lot to grasp but the important thing is that we catch on to the whole concept of the play and not just what you are doing individually. He’s been great at getting us up to speed and understanding the ins and outs of it.”

Having a familiar face at camp has definitely helped make him feel more comfortable and McDaniel has liked what he has seen so far from the Canadian receiver.

“He’s doing really well and catching on quickly,” McDaniel said “He looks like he’s been in the weight room which is good to see but the most impressive thing is that he looks confident. That’s the main thing I was looking to see coming in, he’s come in with a ton of confidence in himself which you need in order to be successful.

“We’ve been working on the little areas of the game to help him further develop and he’s keen on improving each day. He has the speed, it’s now just a matter of putting all the fine details together.” 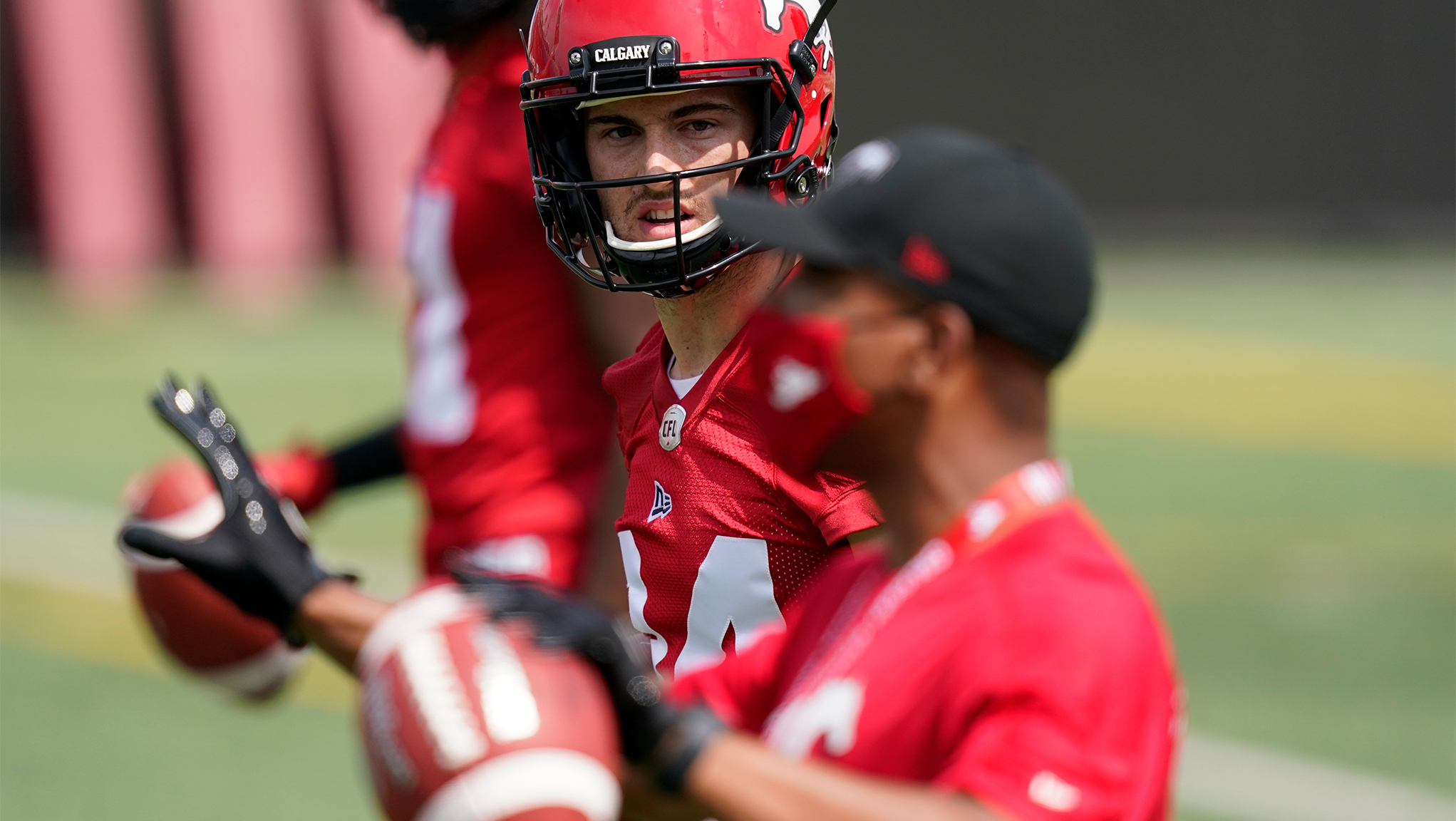 During his career at McMaster, Middlemost had 83 receptions for 1,032 yards and seven touchdowns in 26 games over four seasons (2016-19). In 2019, he had a strong campaign, recording 32 receptions for 528 yards and four majors as the Marauders won the Yates Cup.

Although he has put in the work offensively through camp as a receiver, he’s also been focused on another aspect of the game where he hopes to impress the coaching staff.

“Working on special teams has been a lot of fun and something I’ve focused to improve every day,” Middlemost said. “It gives you that satisfaction when you make a big play there and knowing that you are helping in doing something hard that goes a long way to helping the team.

“I love Mark’s (Kilam) energy that he puts into teaching us and just the energy that he brings that really makes it easier for all of us to get amped up when we practice it. All the coaches in general have been amazing in helping us rookies and younger guys and it’s been such a pleasure to work with them all.”

Middlemost – like the rest of his potential teammates – is especially thankful for the opportunity to be at a camp this year and ply his trade.

“I think I speak for everyone when I say we’re all so pumped to be here and grateful for everything,” he said. “It gives you that extra push each time out and I’m just looking to contribute and do whatever they need me to do.

“The main goal is to obviously make the team, that’s my main focus and I’m doing whatever it takes to make that a reality. Whether it’s on offence or special teams, I just want to make an impact and help the team be successful in any way possible.”