Working together with Steve Daniel at the CFL Office, we have been exploring the historical context for the passing performances posted by Stampeders first-year quarterback Jake Maier.

After considerable research and checking of the league’s historical database, it has been determined that Maier is the first player in CFL history to throw for 300 yards in each of his first three career starts. In fact, Maier has accomplished the feat in the first three games of his professional career as he was not in uniform for the Stamps’ first two games of the season.

The rookie from UC Davis has thrown for a total of 939 yards since replacing the injured Bo Levi Mitchell including 304 yards in his debut against Montreal, 307 yards against Winnipeg and 328 yards against Edmonton in the Labour Day Classic.

Among those who had come the closest to cracking the 300-yard plateau in their first three starts are Tobin Rote of the Toronto Argonauts in 1960 and Calgary’s Jeff Garcia in 1995. 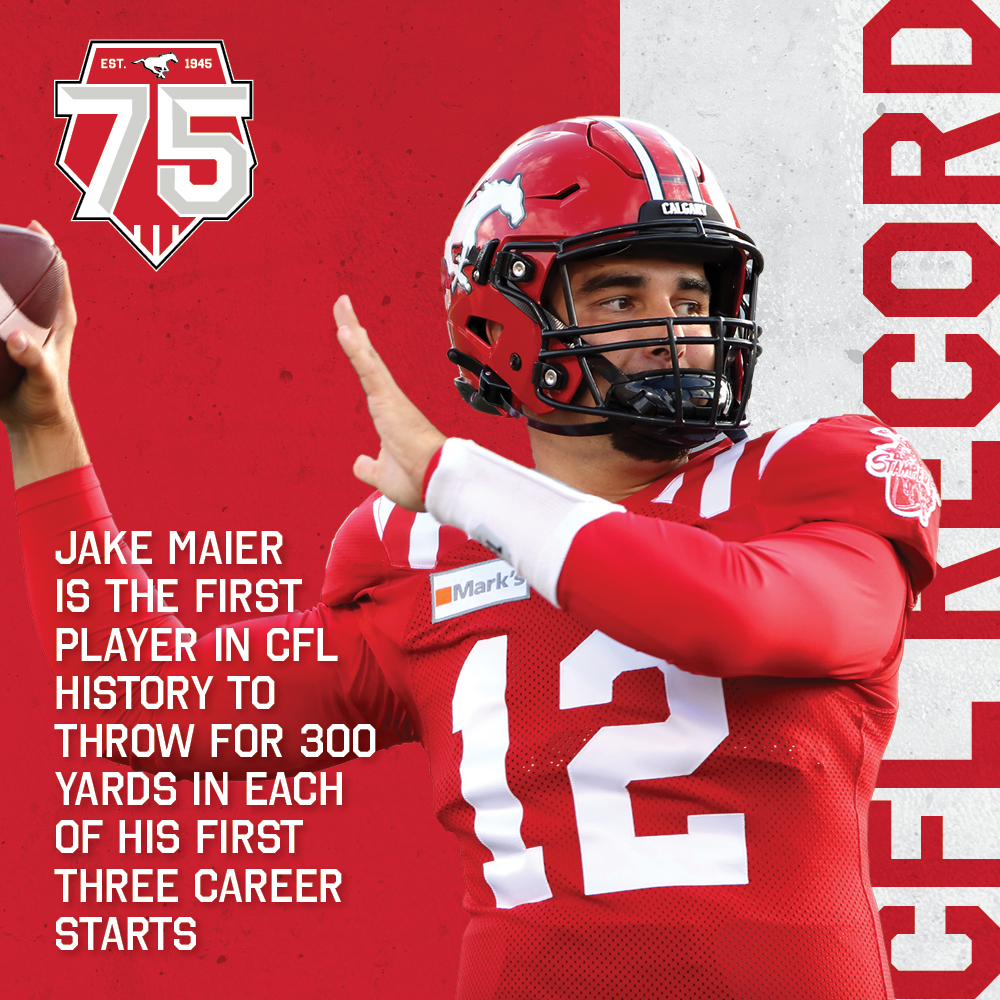