We’ve already unveiled the first 20 names of the Top-75 Stampeders players of all-time. With 55 names to go, we present to you the next 10! But first, how did this list come together?

After a pair of seasons with two different defunct CFL expansion franchises (the Shreveport Pirates and the Birmingham Barracudas), Childress joined the Stampeders and would continue on to have a fantastic eight-year career. ‘The Big Chill’ was a six-time CFL All-Star, the CFL’s Most Outstanding Offensive Lineman in 1998, the DeMarco-Becket Memorial Trophy winner in 1997, and a Grey Cup Champion in 1998 and 2001. In 2020, Freddie was inducted in the Canadian Football Hall of Fame. 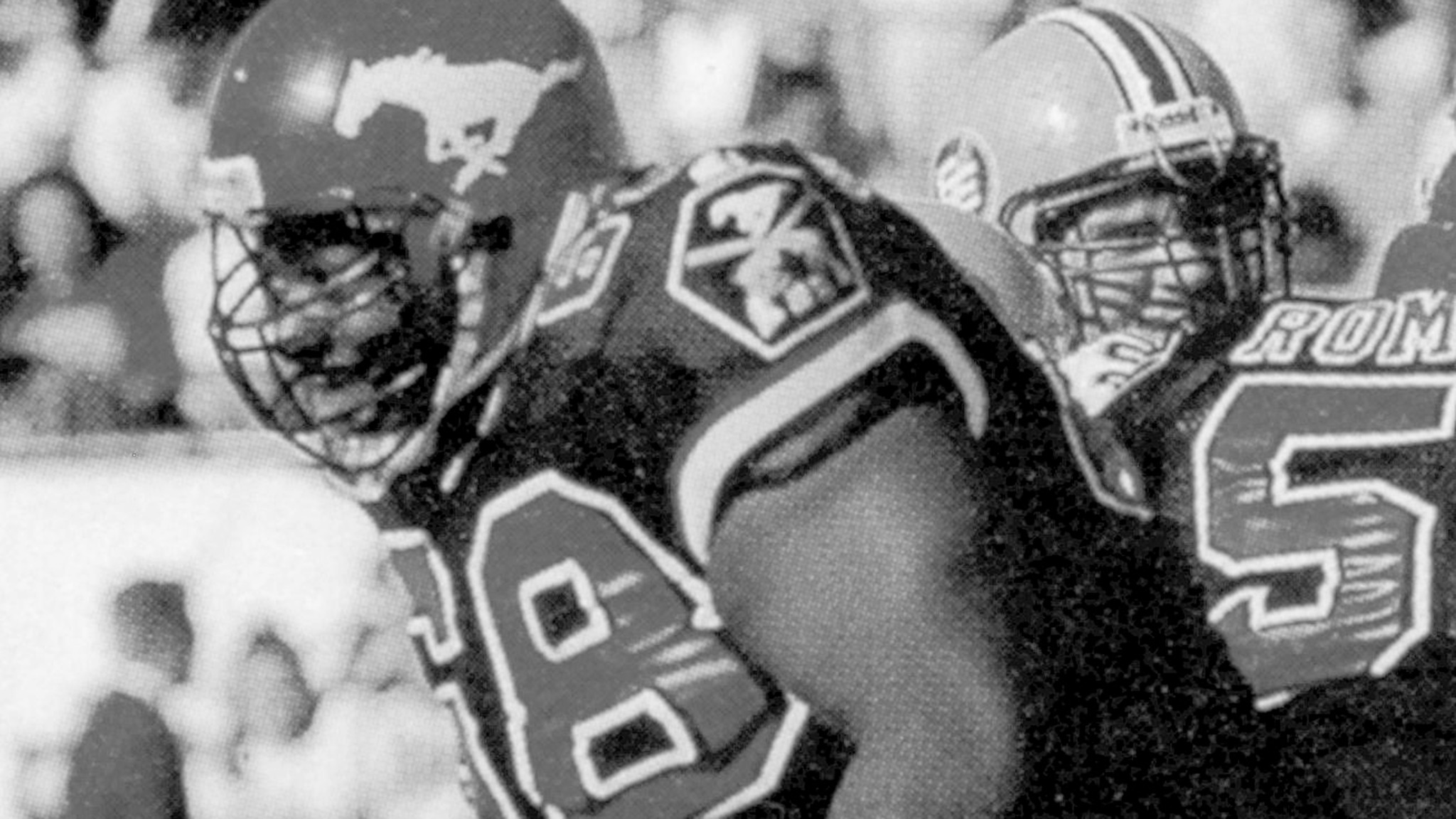 A fourth-round pick by the BC Lions in 1992, Crysdale was later traded to Calgary alongside Rocco Romano for quarterback Danny Barrett. After being cut by the New York Giants in the NFL, Crysdale joined the Stampeders and began an amazing streak of playing in 210 consecutive regular season games. Crysdale, a West All-Star in 1998, was part of two Calgary Grey Cup teams (1998 and 2001) during his 13-year career. 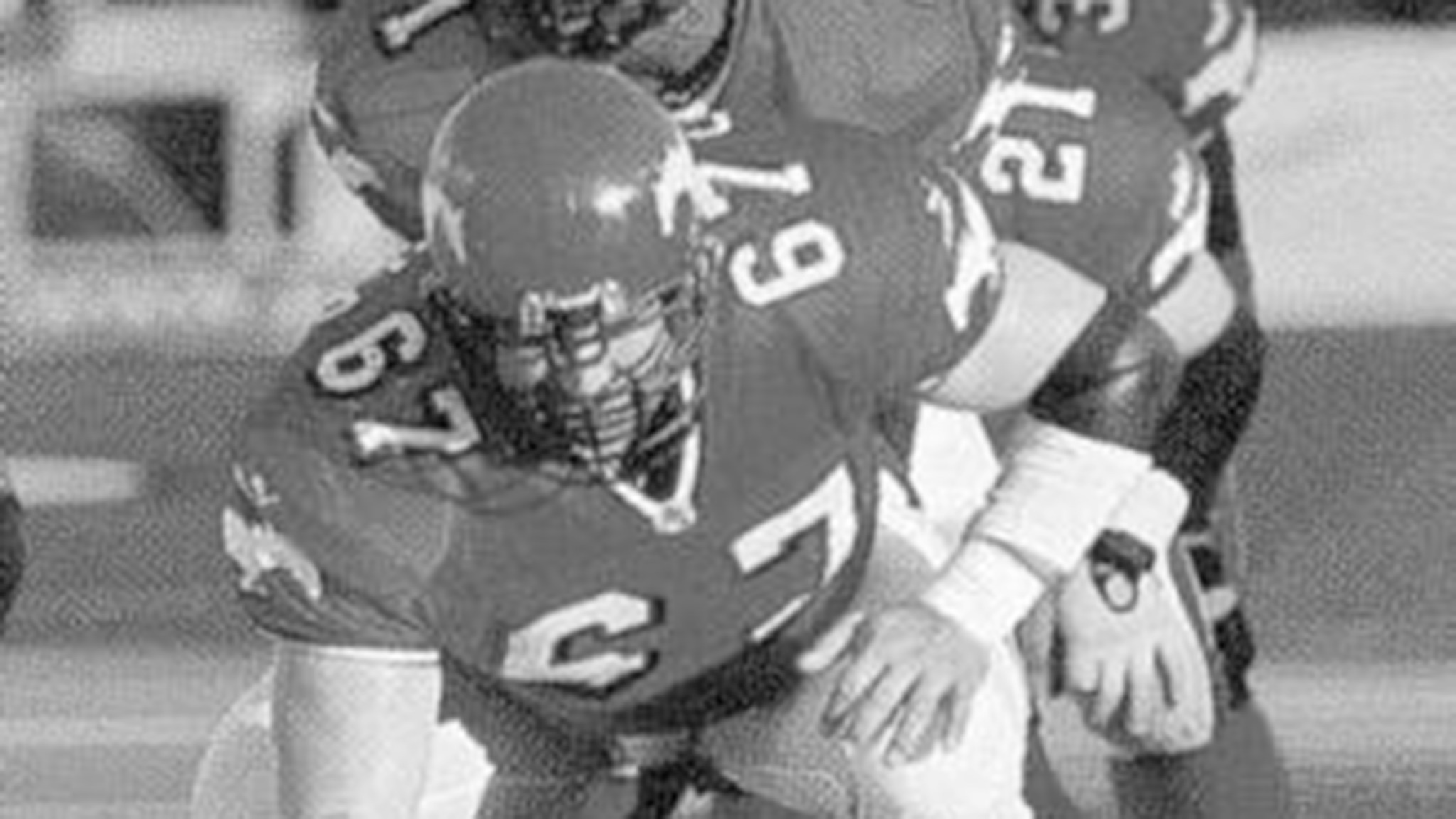 Despite being a first-round pick by the Stampeders, it took a few years venturing around the CFL for Romano to return to Calgary, where he became a fixture on the team’s offensive line. During his second stretch with the club, Romano was a part of two Grey Cup teams, while winning a pair of DeMarco-Becket Memorial Trophies (outstanding lineman in the West Division). He was also a four-time CFL All-Star during his 14-year CFL career. 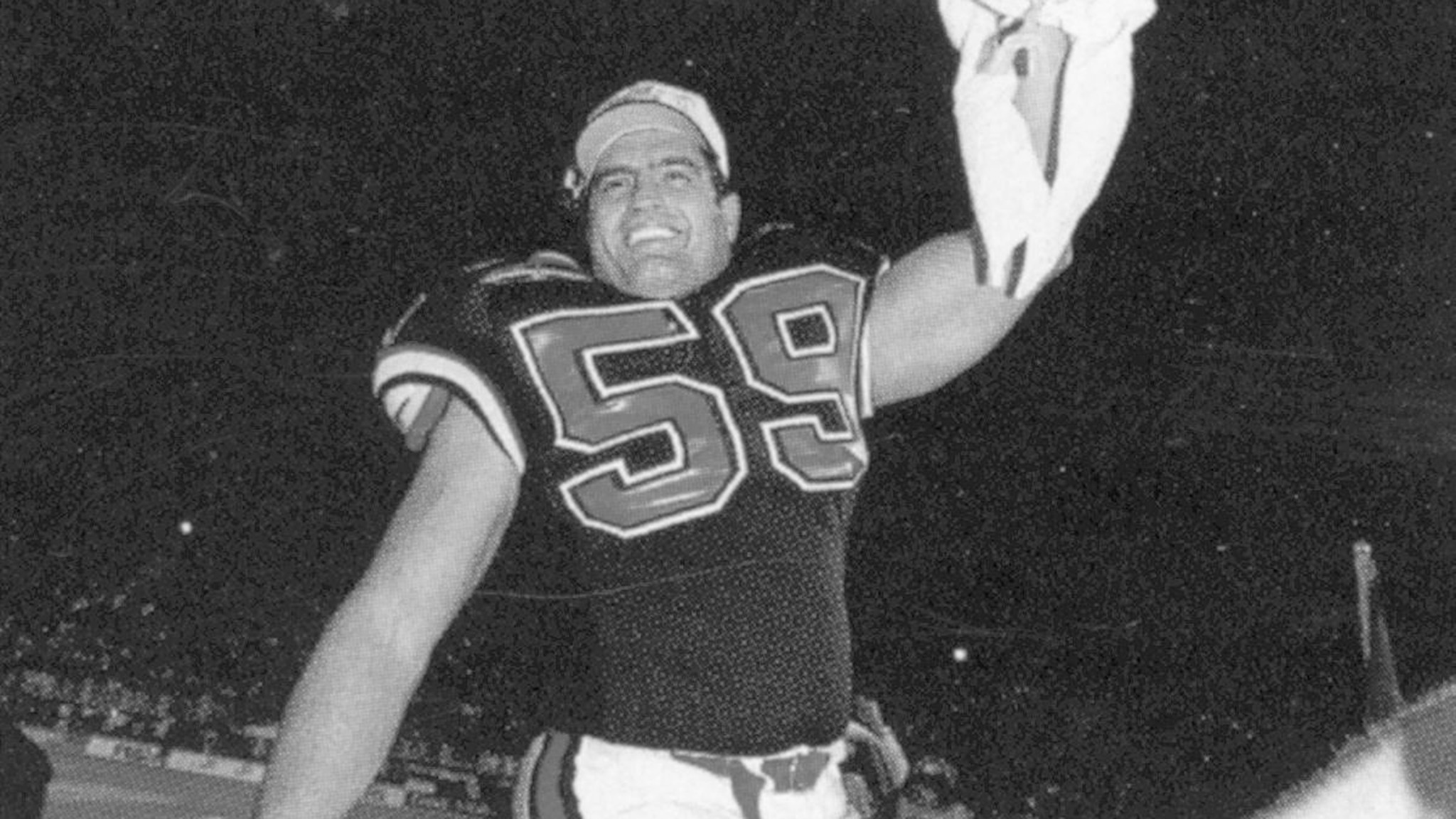 From the time Will Johnson touched the turf at McMahon to the time he departed, he was a nightmare for opposing quarterbacks. Over eight seasons with the Red and White, Johnson recorded 99 total sacks, which stands as the most sacks in Stampeders history (tied with Charleston Hughes). As part of a fearsome Calgary defence, Johnson was a five-time CFL All-Star, four-time West All-Star, and a two-time Grey Cup champion. 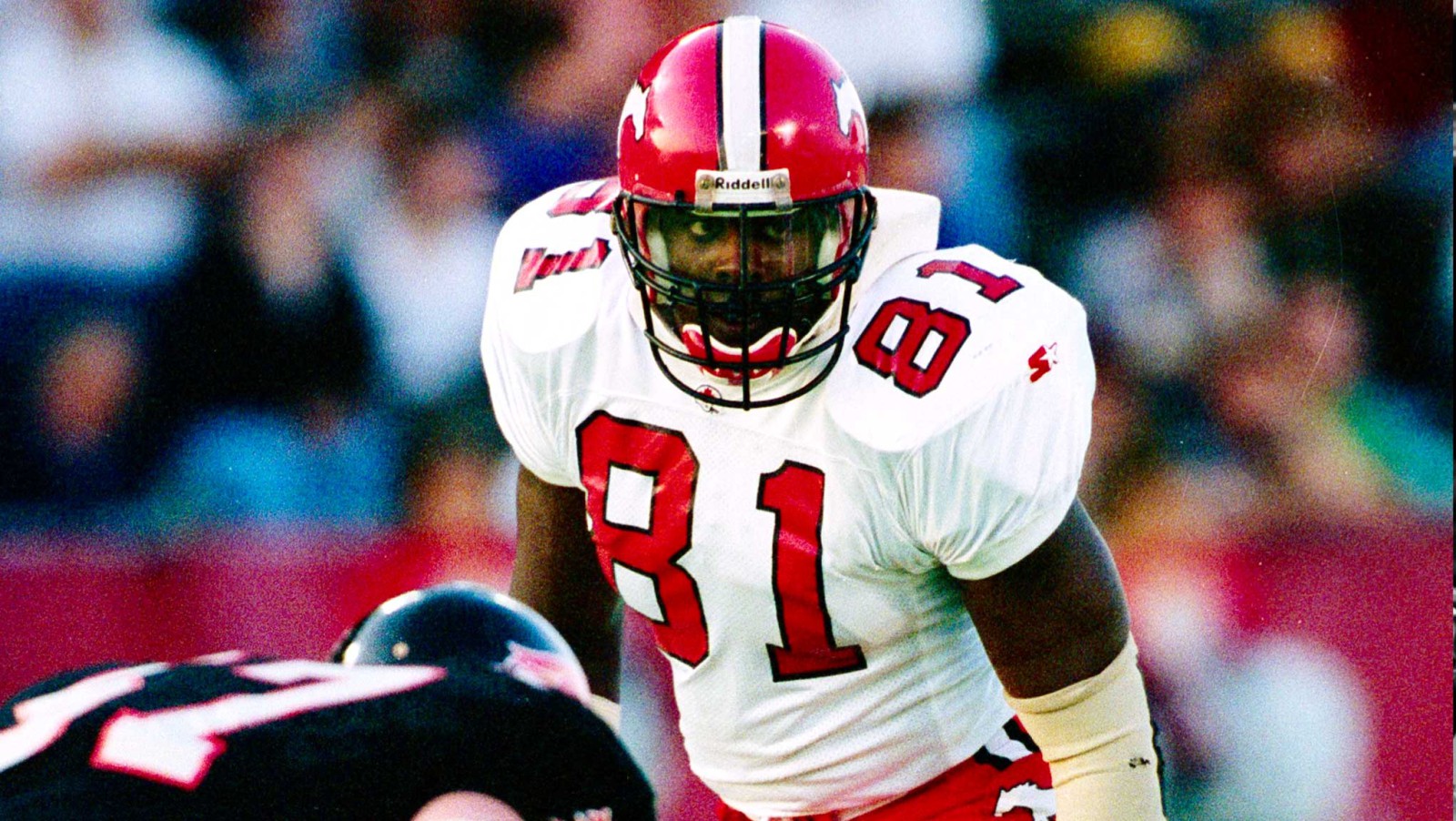 Defensive end Will Johnson, who was a CFL all-star five times, during a game against Ottawa in 1992 (Photo by Scott Grant)

In his 17-year CFL career, Fairbanks had two different successful stints with the team. During his first run with the club, the Stampeders 4th-overall draft pick was a two-time CFL All-Star (1979 and 1982) and was also the 1982 DeMarco-Becket Memorial Trophy winner (Outstanding Offensive Lineman). 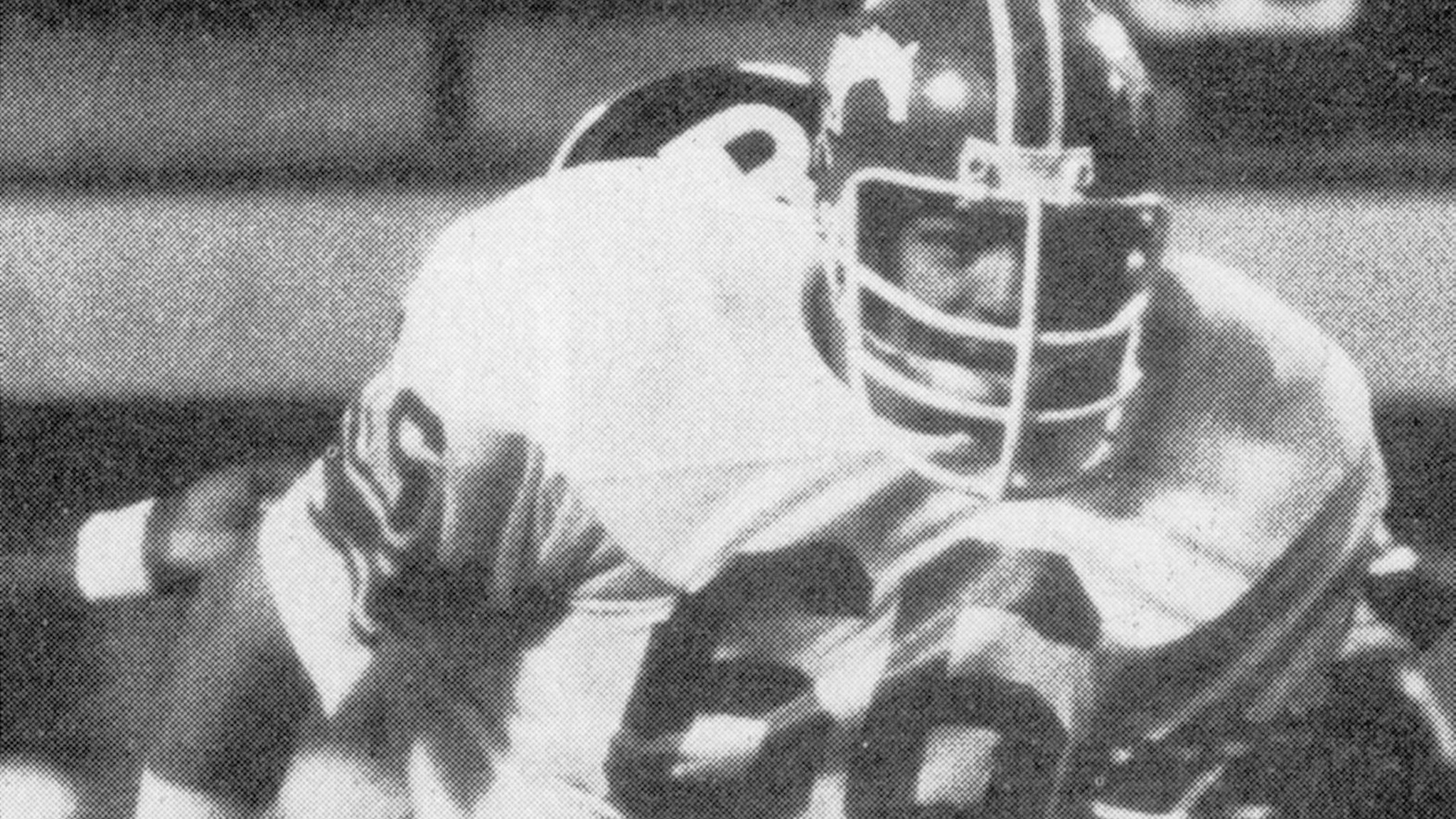 Following a strong rookie campaign in Red and White, Hughes spent the start of 2009 with the Philadelphia Eagles before making his return to Calgary. He immediately became one of the league’s top pass rushers and would finish as the league’s top sack getter twice while suiting up for the Stampeders. With Calgary, he was a six-time West All-Star and a four-time CFL All-Star. Along with the 2013 Norm Fieldgate Trophy as the West’s Outstanding Defensive Player, Hughes also took home the biggest trophy – the Grey Cup – twice (2008 and 2014). His 99 sacks with the Stampeders ties Will Johnson for the most in team history. One of the few active players on this list, Hughes has spent the past three seasons with the Saskatchewan Roughriders and will play 2021 with the Toronto Argonauts. 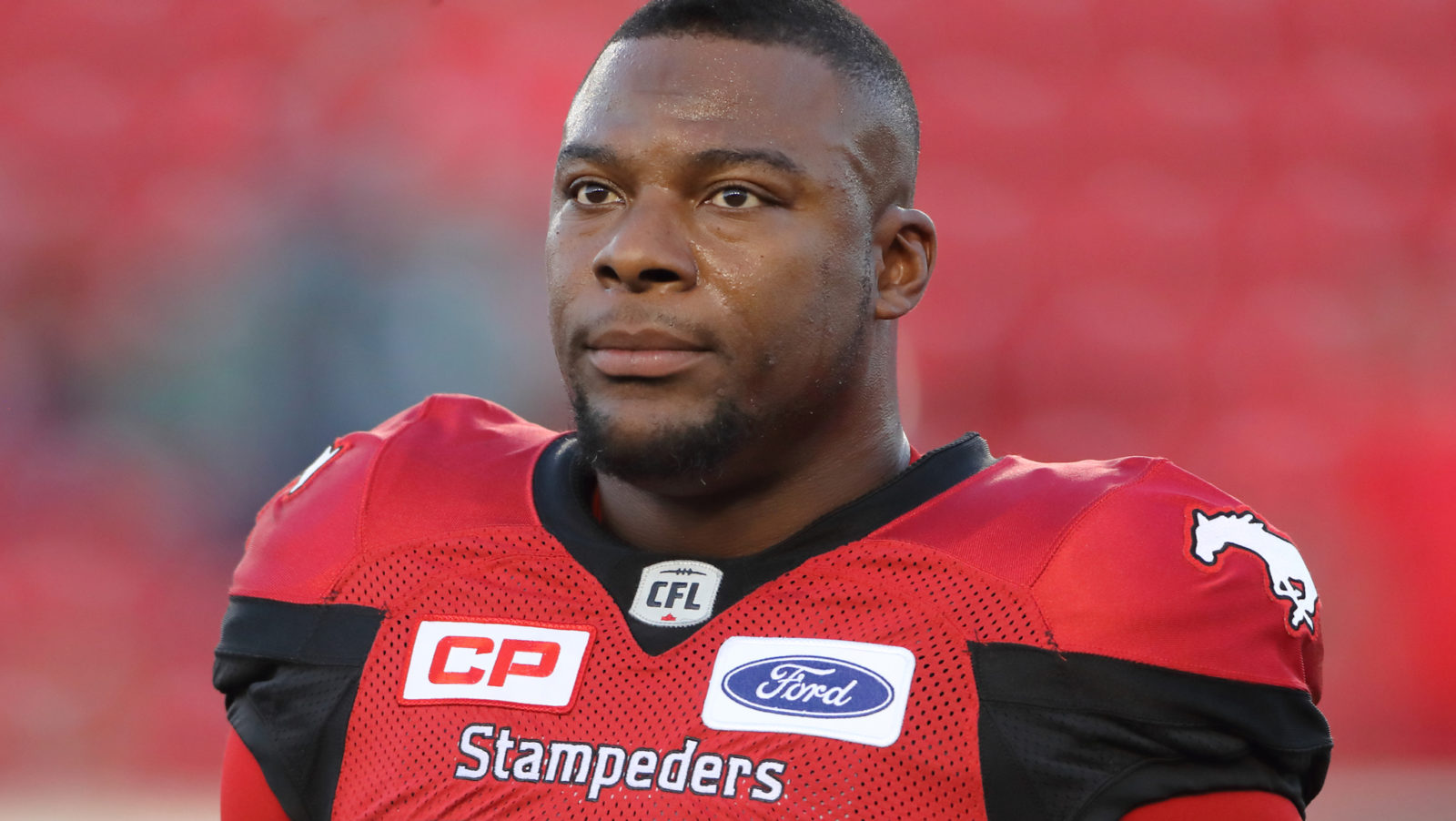 Charleston Hughes during the 2017 season (Photo by David Moll)

Smilin’ Hankhad a pair of stints with the Stampeders, winning two Grey Cups and earning a Most Outstanding Player award along the way. Despite time away from the CFL with the NFL’s Green Bay Packers, the Chicago Bears, and even the NFL Europe’s Berlin Thunder, Burris still managed to have a career worthy of the Canadian Football Hall of Fame. He finished his CFL career with 3 Grey Cups, 2 MOPs, 2 All-Stars, 63,227 total passing yards, the single-game record for completions (45) and the single-season record for completions (481). 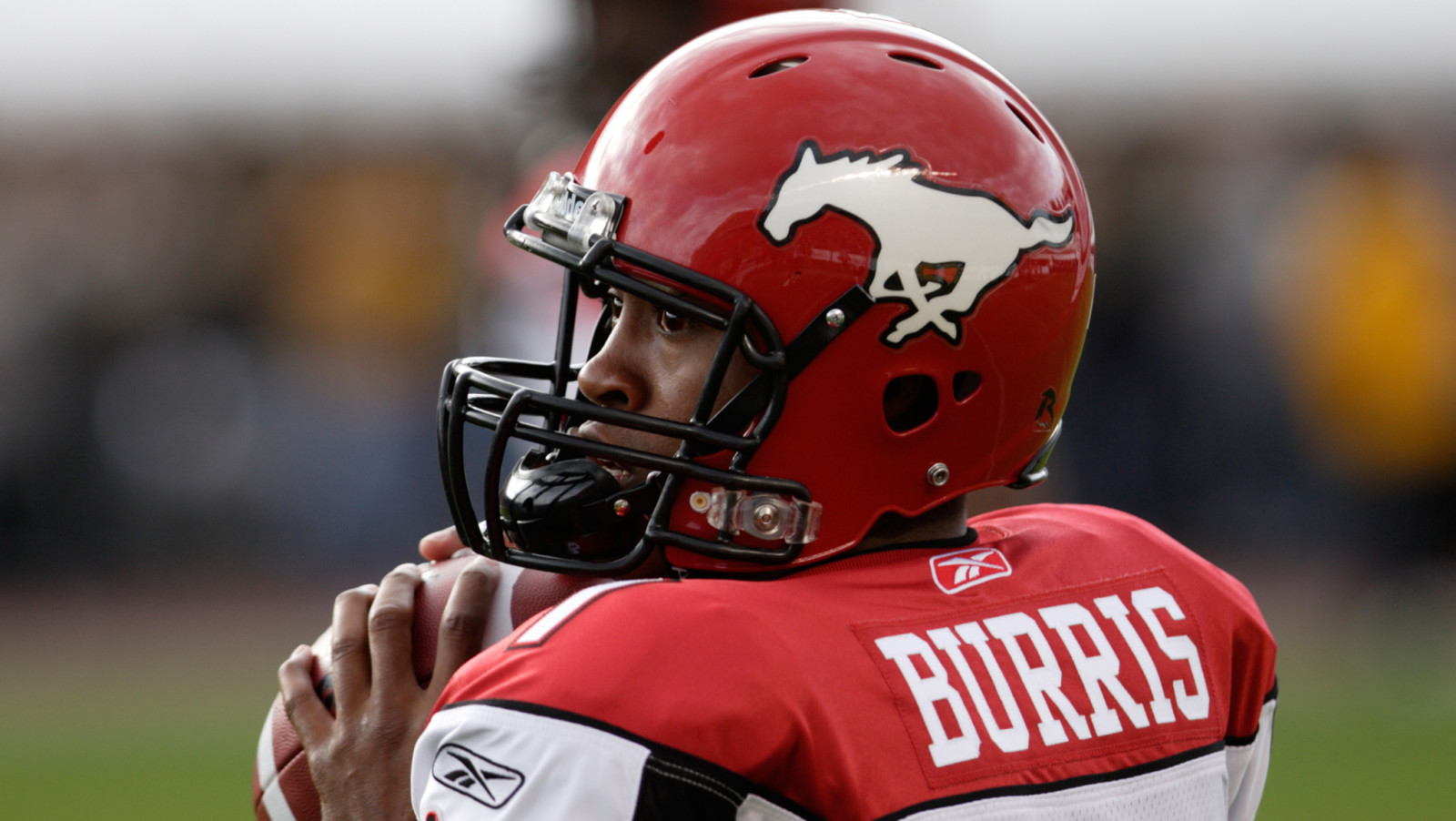 While Garcia’s stay in Calgary wasn’t long, boy was it memorable. In his first career home start, which just so happened to be the Labour Day Classic, Gracia set a team record with 546 passing yards and six touchdown passes against Edmonton. Garcia would go on to earn West All-Star nominations from 1995-1998 and in his final game with the Stampeders, he would lead the team to the 1998 Grey Cup Championship, earning Grey Cup MVP honours. 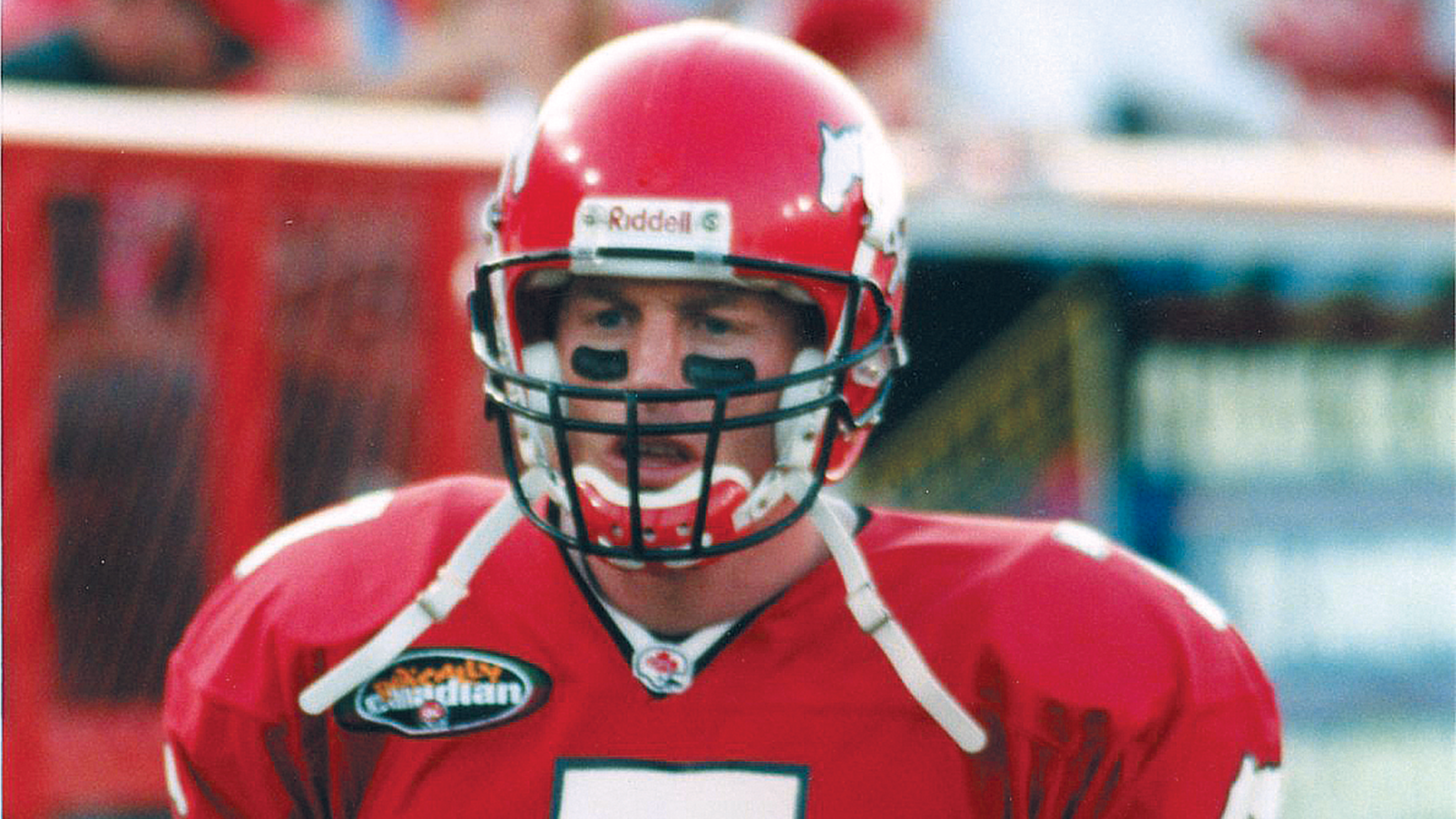 Arguably the greatest Canadian running back of all-time, Cornish was simply outstanding throughout his nine year career in the CFL, hence his CFL Most Outstanding Player award in 2013 and his three CFL Most Outstanding Canadian Awards (2012, 2013, 2014). The talented runner was a three-time CFL All-Star (2012-2014) and a four-time West All-Star (2011-2014). A two-time Grey Cup Champion, Cornish was inducted into the Canadian Football Hall of Fame in 2019. 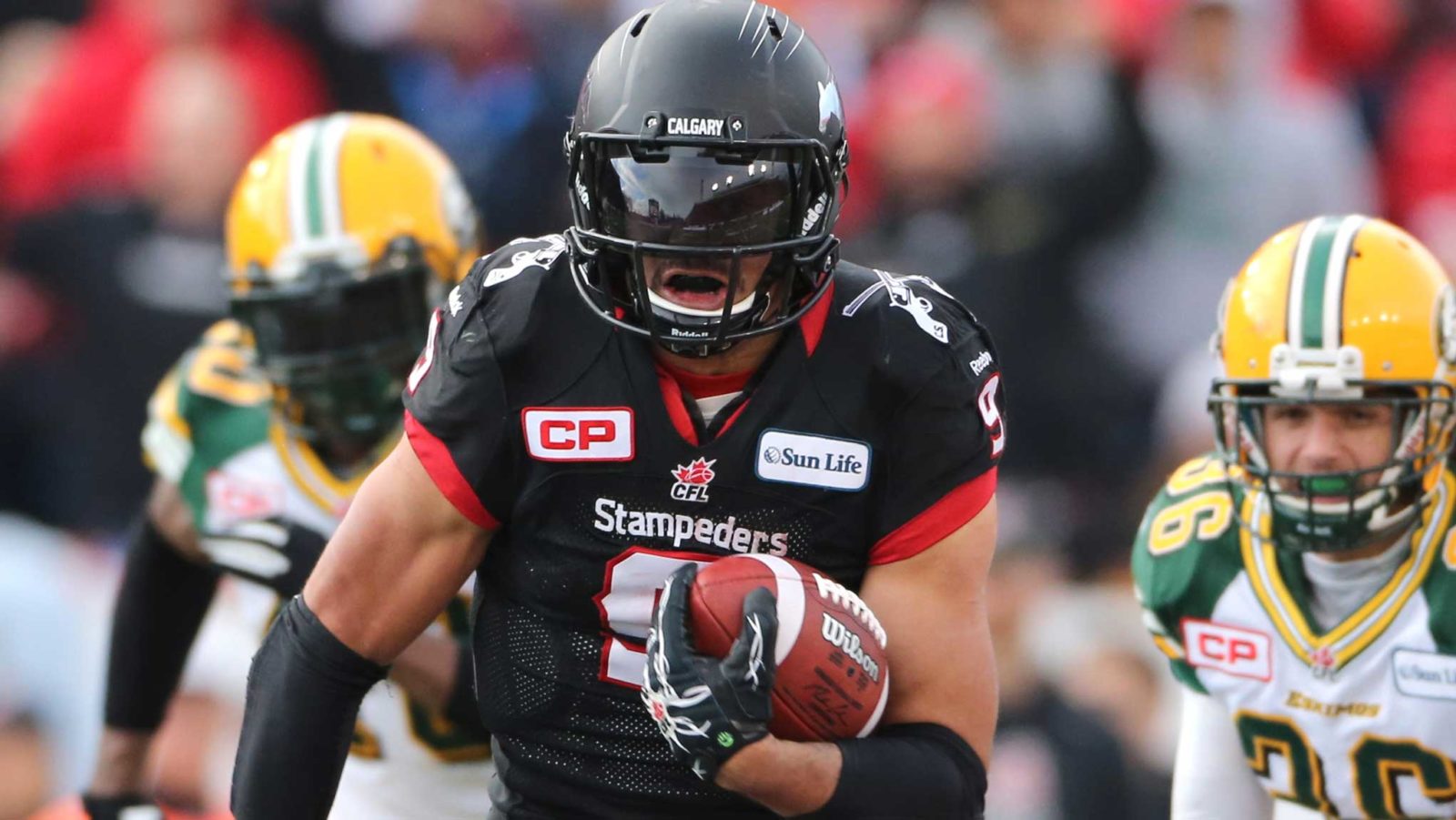 In 1967, he threw for 4,479 yards, a whopping figure for that era, and 40 touchdowns, the latter breaking Tobin Rote’s league record of 38. His incredible 1967 campaign is viewed as one of the first to modernize the CFL as a ‘Passing Game’. After earning a CFL All-Star nod and the Jeff Nicklin Memorial Trophy as the CFL’s Most Outstanding Player Award in ‘67, he turned in another 4,000+ yard season in 1968 before heading south to ply his trade in the AFL and NFL. He would return to the Red & White in 1973, playing two seasons in Calgary before a trade to BC where he played his final CFL season. 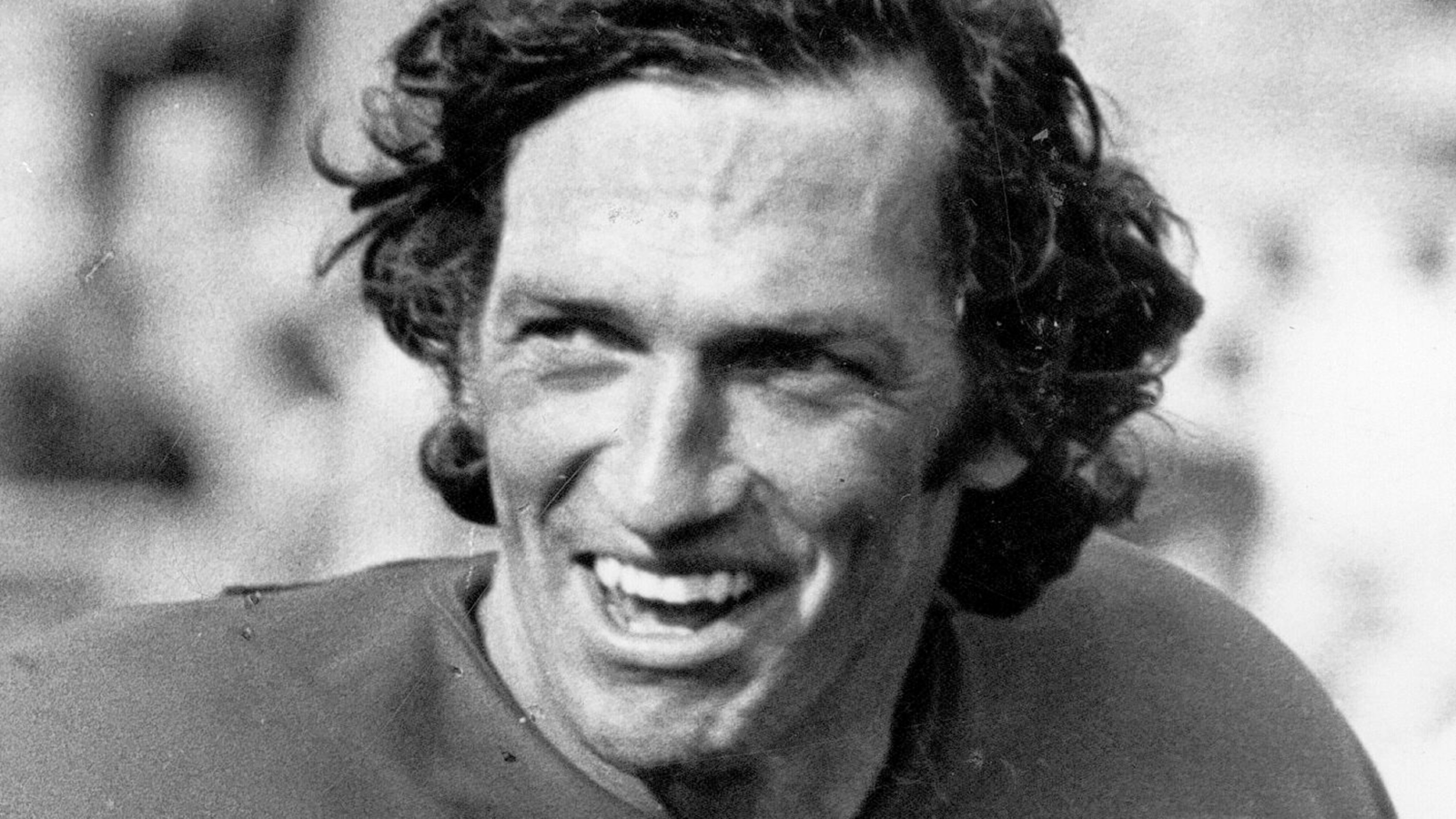