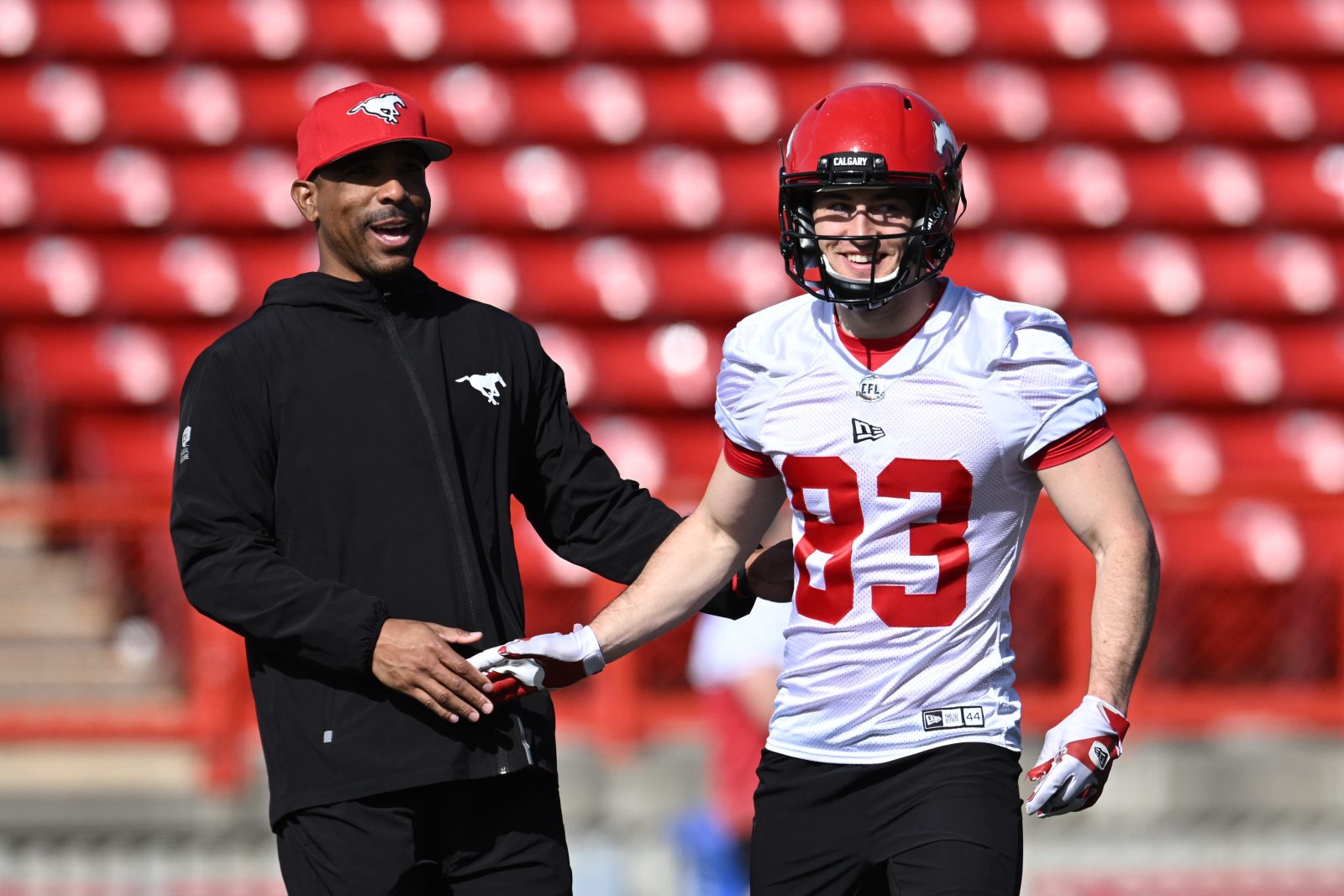 Bo’s arm has been looking better than ever.

But, what good is a sharp arrow without some targets to hit?

Well, receivers coach and former slotback for the Stamps (2012-2017) Marquay McDaniel is impressed with what his receiving core has flashed throughout camp.

“Number one, we’ve got some big rookies out here which is good,” said McDaniel. “Some new guys… I got my same vets from last year, guys that had been here. (I have) KJ (Kamar Jorden) and Reggie (Begelton) leading the pack and then Malik (Henry) and (Shawn) Bane played a little bit last year and they’re back. They have a year under their belt in the offense so that’s good.

“My Canadian talent, my top guys, Richie (Sindani) and Colton (Hunchak) are pretty much vets now, they have another year under their belt with Richie going into his fourth and Colton going into his third year.

“I’ve got a nice veteran group with some rookie guys that are older and have played some football,” he said, “So it’s been good so far.”

The growing Canadian talent pool comes as no surprise to McDaniel.

“Since I’ve been here, the Canadian talent has been getting better and better each year, especially, the receiver position.

“Luther (Hakunavanhu) had big plays in games last year and Jalen (Philpot) is one of the top receivers in his draft class, so to me the Canadian talent gets better and better every year. Those guys are solid.

“Especially the guys that were here last year, Richie and Colton – they’re Canadians but they can play wherever for us in this offence. They know the offence like the back of their hand. Last year both of them got a chance to play in some of those American spots.”

Last season Sindani tallied up 262 yards off of 26 receptions, and scored two touchdowns, the first of his career coming in Week 7 against the Hamilton Tiger-Cats. 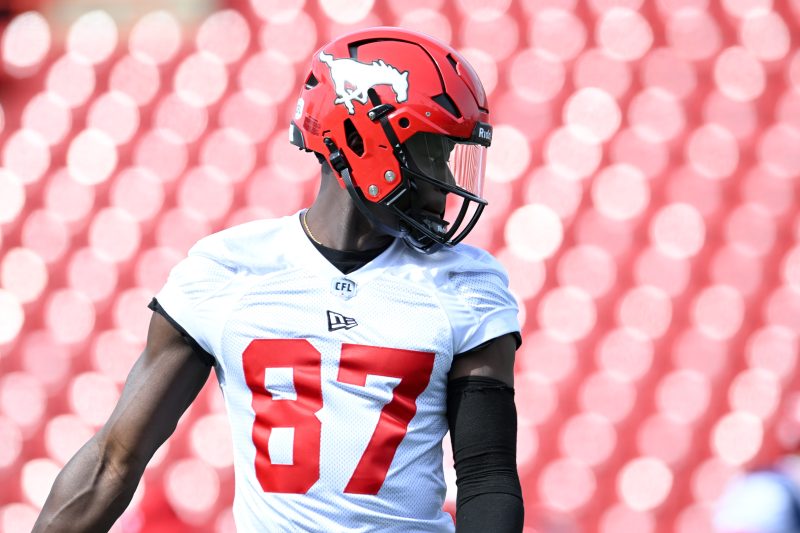 Where does the difference lie? Yards after the catch and moving the chains.

In his second season, Hunchak added up 33 more yards after the catch than his total in 2019. He also converted eight second-down plays, doubling the conversions he made in his first season. 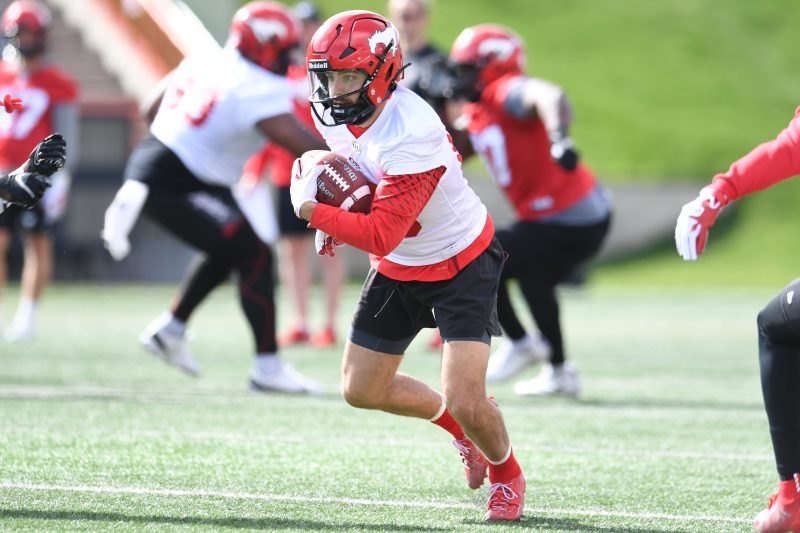 Who has made the biggest strides at camp this year?

Well, there is one receiver in particular that has caught McDaniel’s eye.

“I would say not surprisingly, but Nick Holley who was here last year,” said McDaniel. “We moved him to a different spot. He knew that spot, but he didn’t play in it much last year. Nick Holley’s been having a great camp.”

Holley made his CFL debut on the Labour Day Classic, and would finish the year only playing three games while hauling in 10 receptions for 105 yards.

Throughout camp, he has made acrobatic catches, proving himself to be quite the nimble target for quarterbacks under pressure. Holley performed well during the Red and White scrimmage game last Saturday, scoring two touchdowns.

In addition to Holley, McDaniel has been impressed with some of the newer faces attending camp.

“Some of the newer guys too, I think Tre (Devontres) Dukes has had a good camp, he’s a big target, looks smooth, and knows what he’s doing.

“Reece Horn, same guy. (He’s in) one of our toughest spots but he’s picking it up well and knows what he’s doing.”

The receivers room is rounded out with the off-season acquisition of Jordan Williams-Lambert, a sizeable target standing six-foot-three and weighing 228 lbs. In 24 games played with the Saskatchewan Roughriders, Williams-Lambert put up 973 yards and four touchdowns.

Overall, McDaniel is pleased with how his group is looking as the pre-season draws closer: “I think the biggest thing is a lot of our guys, especially our new guys, they’re making tough plays and that’s good to see from our group.”