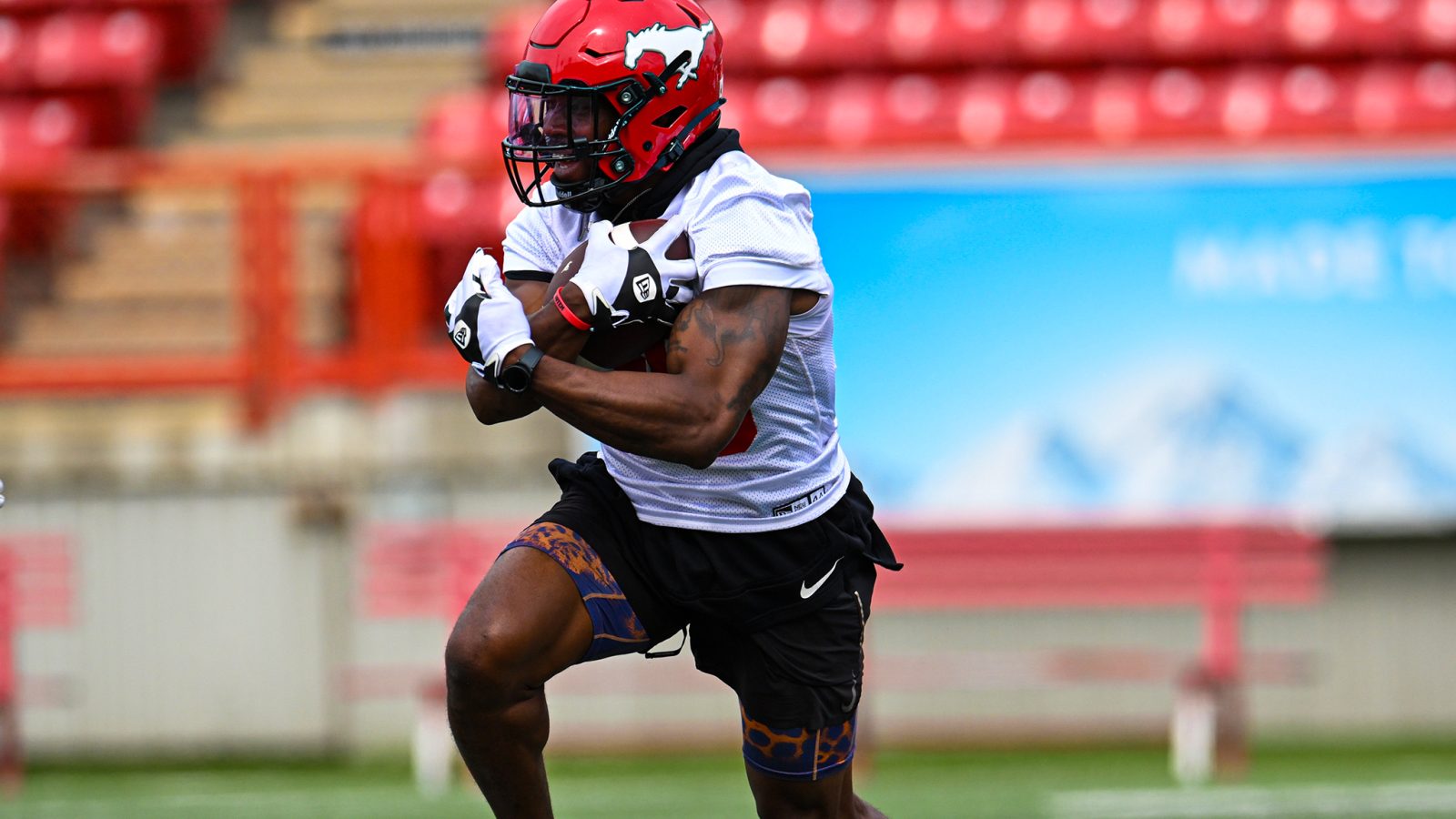 It’s time to review the backfield.

And it’s obvious where to start.

Saying star running back Ka’Deem Carey had a tremendous season last year is a bit of an understatement.

In his first campaign as the primary ball carrier, Carey finished the year with 869 yards on 164 carries, seven touchdowns and two 100-yard plus games.

Not only did he lead his team in total touchdowns, he was tops among CFL running backs, leading to his CFL’s Most Outstanding Player award nomination and West Division all-star title.

“The sky is the limit for him,” said newly-appointed running backs coach T.J. Vernieri.

“The biggest note I have for Ka’Deem right now is – last year, I think he had 26 catches, which I think was the most he had since his time in Arizona- I think that’s a noteworthy stat because it just shows that not only is he carrying the ball in terms of running plays but he is making an impact in the passing game (as well).”

“I think you want to see any running back have a great impact in the passing game and have a multi-faceted role in the offence.”

The Red and White used to be famous for their one-two running back punches over the years, with stars such as Joffrey Reynolds and Jon Cornish, then Jon Cornish and Jerome Messam, and even Don Jackson and Terry Williams all sharing the backfield in the past decade.

But, with Ante Milanovic-Litre and Roc Thomas gone, who will pick up the rest of the load behind Carey?

Although there isn’t a dynamic duo sharing the load for the team at the moment, Vernieri is more than confident about the guys playing behind Carey.

Peyton Logan has been having a good camp so far, rumbling for a few long runs during practice and the Red and White scrimmage game. On Saturday’s afternoon pre-season matchup against the Lions, Logan would scurry for 12 yards on his first rush of the game. He was signed as a free agent at the beginning of the month, coming out of Tennessee-Martin where he played 52 games from 2017-2021. Logan racked up 1,143 yards on 156 carries during the 2021 season, averaging 7.2 yards per carry.

“Obviously, Ka’Deem can’t play every single snap; we’re going to have somebody play some of the snaps so I’m just really excited to see what those guys can do.”

In addition to Carey and Logan, Dedrick Mills has been fighting for a permanent spot on the Stamps roster. He was an honourable mention all-Big Ten in 2019, and played 18 games for Nebraska where he recorded 1,141 yards and 13 touchdowns off of 227 carries. In the pre-season opener against the BC Lions, Mills led the team in rushing yards with 55 off of nine carries, and scored a touchdown.

And don’t forget the Canadian talent.

The depth chart also includes 2022 sixth-round draft selection Rasheed Tucker, who accumulated 1,573 yards and 15 touchdowns in 21 games at Queen’s. In 2021, Tucker earned U Sports all-Canadian honours. Tucker would hit pay-dirt as well on Saturday afternoon, making his way in to the end zone in the fourth quarter.

“I think right now we have a great group,” said Vernieri. “Obviously, you want to go into every year and believe that you have a better group than the previous year, but I honestly think this is the case this year. I think across the board our depth is awesome.

“Overall, I’m just really excited and we have a great group.”