No lead is safe.

The Stamps pulled off an incredible comeback in the Hammer, winning the game 33-30 in overtime after trailing by 24 points.

What started out as a dismal effort from all sides of the ball ended with phenomenal performances from all three phases.

After losing Ka’Deem Carey and Peyton Logan to injuries in the first half, Bo Levi Mitchell ignited his offence through the air, finishing the night with 313 yards and two touchdowns.

Despite only scoring 10 points through the first three quarters, the Red and White rallied back and doubled that number with 15 minutes to go.

Rookie DB Titus Wall pushed the Stamps closer with a fumble recovery in the late stages of the fourth quarter. After stripping the ball away from Ticats QB Dane Evans on quarterback keeper on third down, Wall raced to the endzone for 45 yards to tie the game at 27 a piece.

Kamar Jorden led the team in receiving yards with 109, including a long of 42. Luther Hakunavanhu and Reggie Begelton both found the endzone in the second half. 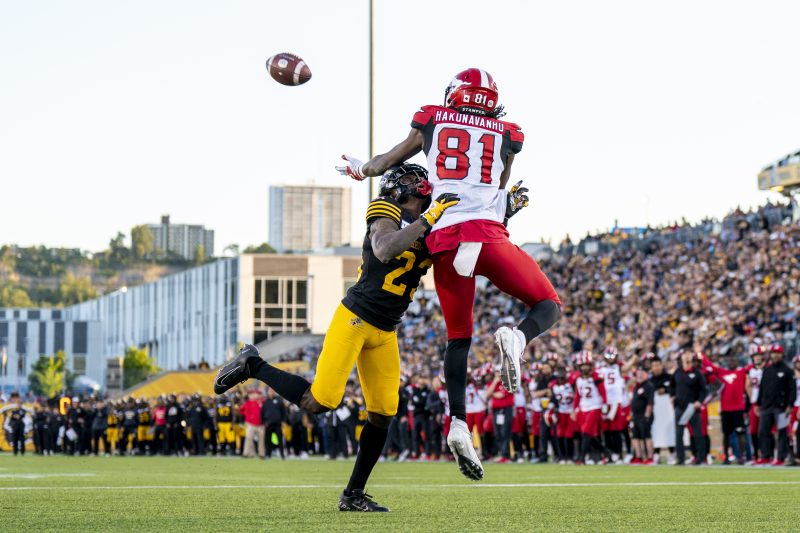 It was all Hamilton in the first half.

It was a blustery night in Hamilton, and the Ticats took advantage of the wind.

Raheem Wilson eventually stalled the Ticats opening possession with a hard hit on Papi White. Michael Domagala put Hamilton on the board with a 21-yard field goal.

Mitchell found Begelton for a big play that would move the chains, but an offsides penalty ended the Stamps first drive.

Evans found Thomas-Erlington in the endzone to increase their lead by six, and later found Steven Dunbar all alone downfield for another major to make the score 17-0 to end the first quarter.

The Stamps couldn’t get anything going in the second quarter.

With three minutes to go in the first half Evans completed a 25-yard pass to Tim White for the touchdown.

Peyton Logan made a couple plays to push the Red and White downfield. After a short gain on second down, Rene Paredes put the Stamps on the board with a 28-yard field goal.

The Stamps first drive of the second half resulted in a two and out.

Bralon Addison shook off a tackle and ran the ball down to the for a 29 yard gain.

But, Wall halted the Ticats drive with his first CFL interception in the endzone. 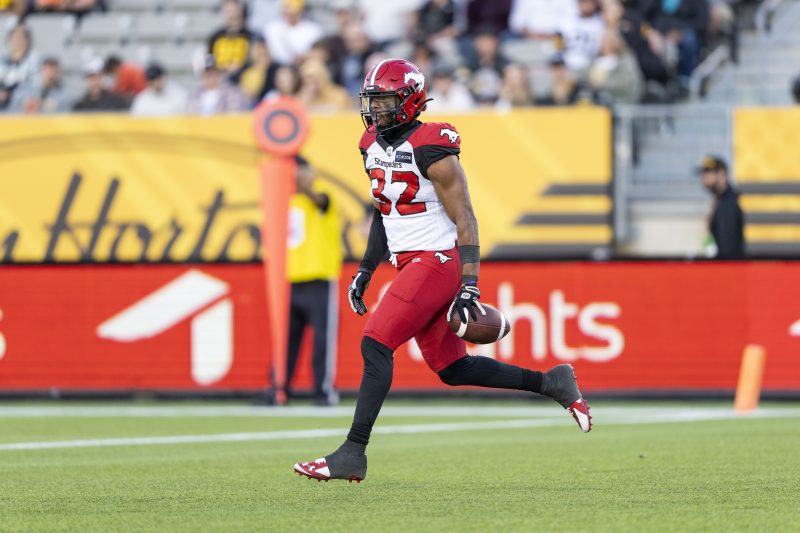 After a first down play to Richie Sindani, Mitchell’s pass was intercepted by Javon Santos-Knox. Matt Schiltz couldn’t convert on third down for Hamilton resulting in a turnover on downs.

Mitchell shook off the last drive and went right back to work.

Mitchell went to Logan on back to back plays resulting in a 19 yard reception and 20 yard reception respectively. Mitchell then found Malik Henry down the middle for a gain of 21 yards. Next, Mitchell fired a pass to Jorden for a gain of 31. The Stamps finally hit pay-dirt as Hakunavanhu snagged the ball over the defenders.

The Red and White continued to march down the field to start the fourth. However, a hard hit to Logan paused the momentum. Paredes kicked a 46-yard field goal to cap the drive.

The Ticats matched the Stamps’ effort, and marched right back down the field to kick a field goal of their own, bringing the score to 27-13.

Mitchell started the drive with a 42-yard bomb to Jorden, instantly setting them up in the redzone. A few plays later and it was Begelton’s turn to get in the endzone.

You had a feeling @LUcrew_Frenchy was going to get involved.

On the next drive the Ticats attempted a QB sneak on third down. Wall stripped the ball from Evans hands and took it all the way back to tie the game.

The Stamps still couldn’t take the lead as Hamilton made good on a 39 yard field goal a few plays later.

Mitchell went to Sindani on back to back plays in an effort to match the Ticats. The Stamps would do just so with a 39 yard field goal sending the game into overtime.

The Stamps began OT with first possession and shortly after put up 3 points, earning their first lead of the night.

Stamps fans know to well the overtime in the CFL can be a tumultuous turn of events, but those worries were put to rest as Jameer Thurman hammered the final nail for the Red and White with an interception.

The Stamps are back home for a wild west showdown with the Edmonton Elks on Saturday, June 25th! Grab your tickets to western night in McMahon here! 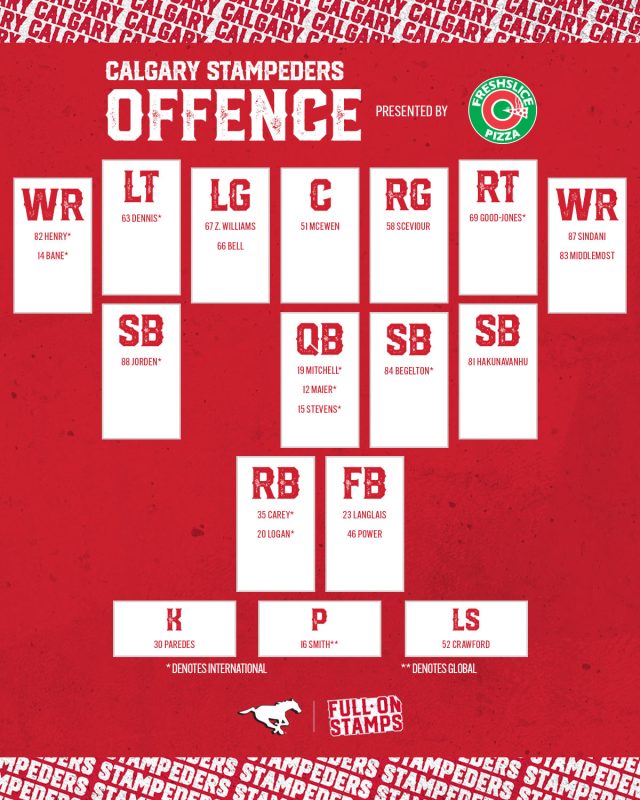 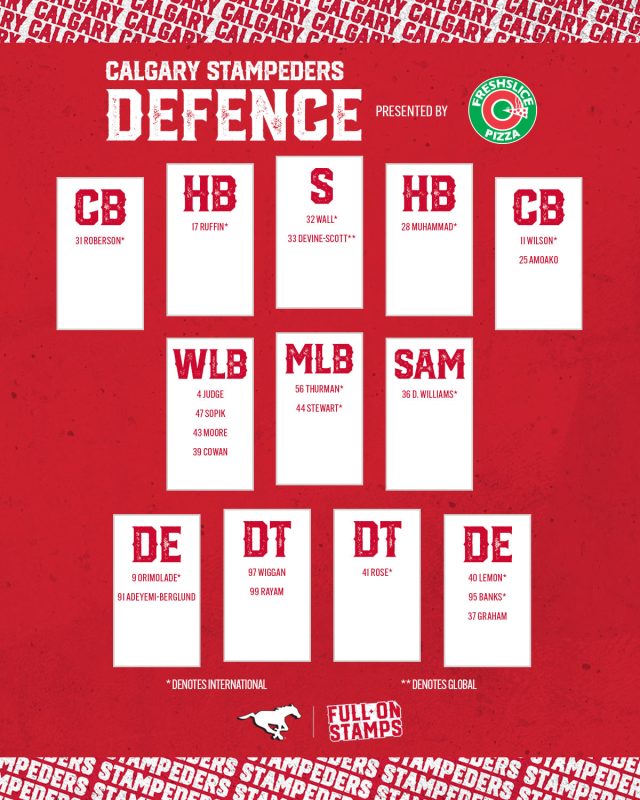