Ka’Deem Carries the Offensive Load in the 1st Half 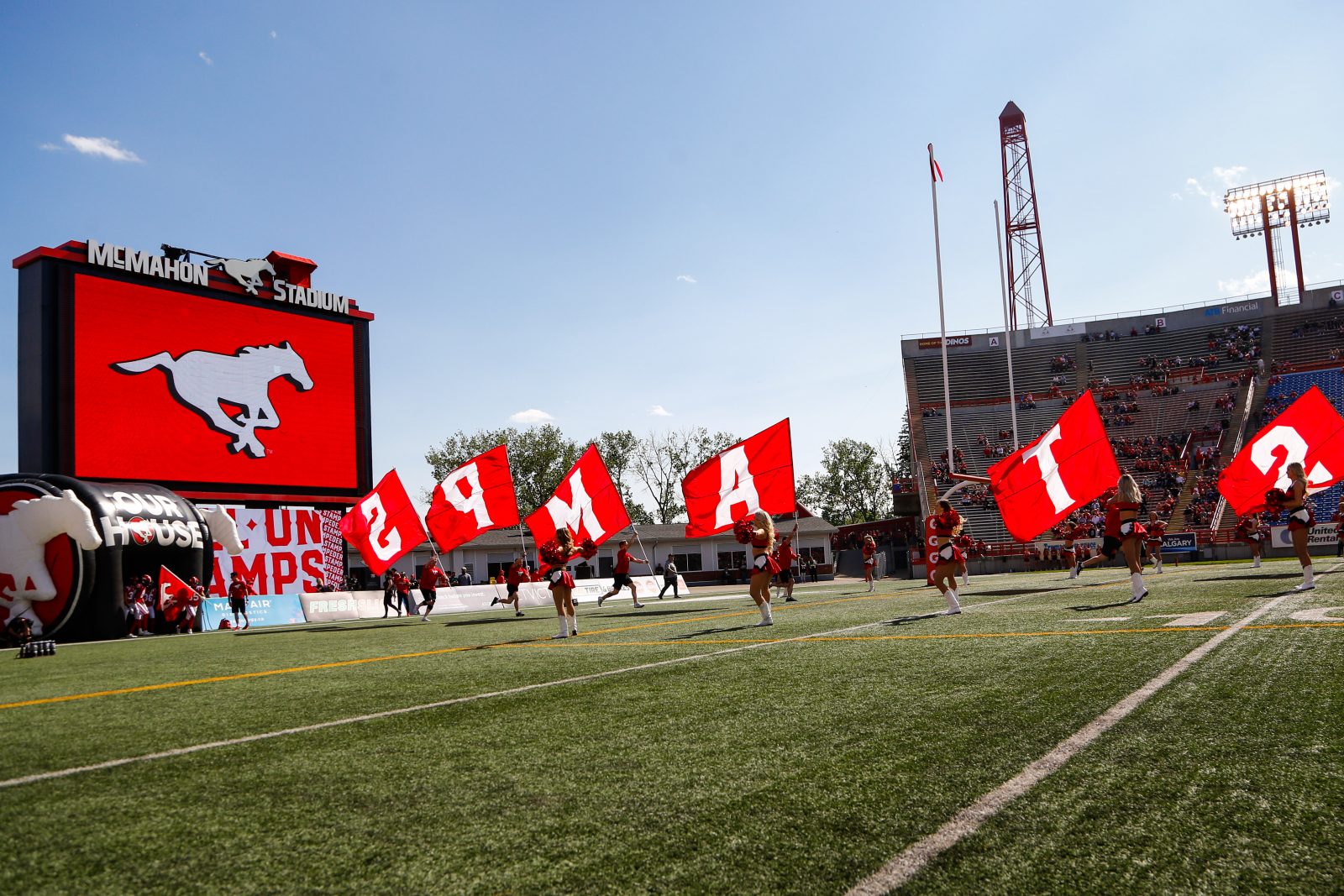 Ka’Deem Carries the Offensive Load in the 1st Half

Giving the ball to Ka’deem Carey was a focal point for Calgary, he had 11 attempts for 54 yards and a touchdown just before half time.

There wasn’t a lot of points to go around, but there was some notable performances.

It didn’t take long for Stamps first-round pick Jalen Philpot to get his first CFL touch, returning the opening kickoff and being used largely during special teams throughout the game. The Stamps would run the ball three straight times with Ka’deem Carey before eventually punting on the opening drive.

Edmonton put together a strong first drive of their own, ending with a 40-yard pass attempt into the endzone that was called pass interference on the Stamps. Kai Locksley would then punch it in from the one-yard line.

The Stamps had a big play a couple of drives later on a shovel pass to Malik Henry, he gained 24 yards before fumbling and turning it over to the Elks.

Edmonton 6-0 after the first quarter.

The Stamps put a drive together about eight minutes into the second quarter, howeverit stalled at the Elks 39 and ended in a 46-yard Rene Paredes field-goal to get them on the board.

Edmonton immediately drove the field and put another one in the end zone as Emmanuel Arceneaux scored from 33 yards out. The extra point made it 13-3 Elks.

The offence continued to pick up as after the touchdown the Stamps bounced right back with another scoring drive, this time they were able to put up a major with Ka’Deem Carey finishing off a drive that saw Bo Levi Mitchell find Reggie Begelton twice for big plays before Carey finished it off with a three yard run. The extra point from Paredes was good to make it 13-10 heading into halftime.