Another game, another Stamps comeback win.

It was the Ka’deem Carey show for the Stamps Saturday night, as the homeside beat the visiting Edmonton Elks 30-23 in Battle of Alberta action at McMahon Stadium.

Carey had 19 rushes for 91 yards and a touchdown in the Red & White’s third straight come-from-behind win.

Calgary trailed 13-10 at halftime before rallying to improve to 3-0 on the season.

Bo Levi Mitchell played his 150th game as a Stampeder, the first Calgary QB to hit that mark. He finished the game 21-of-28 for 351 yards and a major. Receiver Malik Henry had a big second half, finishing the night with six receptions for 173 yards and a TD.

Shawn Lemon led the way on defence with four tackles, two sacks and a forced fumble. 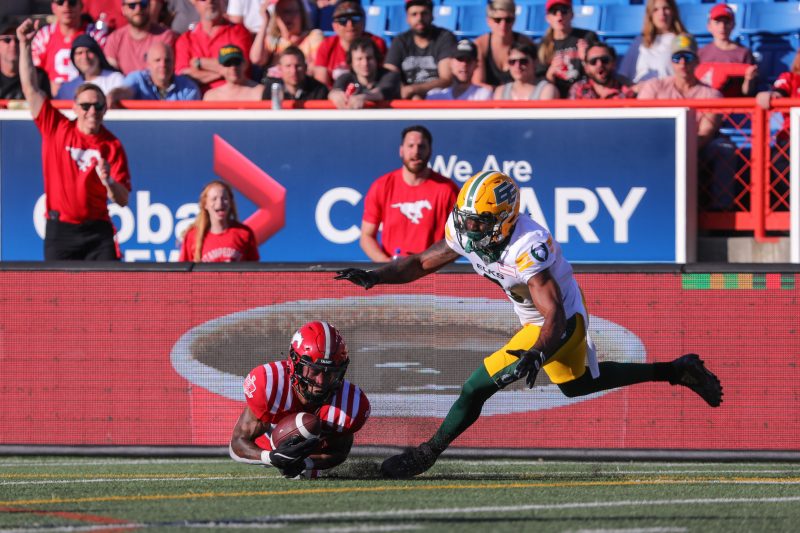 It didn’t take long for Stamps first-round pick Jalen Philpot to get his first CFL touch, returning the opening kickoff and being used largely on special teams throughout the game. Carey ran the ball three straight times before Calgary punted on the opening drive.

Edmonton put together a strong first drive of their own, ending with a 40-yard pass attempt into the endzone that was called pass interference on the Stamps. Kai Locksley would then punch it in from the one-yard line.

The Stamps had a big play a couple of drives later on a shovel pass to Henry, who gained 24 yards before fumbling and turning it over to the Elks.

Edmonton was up 6-0 after the first quarter.

The Stamps put a drive together about eight minutes into the second quarter, however it stalled at the Elks 39 and ended in a 46-yard Rene Paredes field-goal to get them on the board.

Edmonton immediately drove the field and put another one in the endzone as Emmanuel Arceneaux scored from 33 yards out. The extra point made it 13-3 Elks.

The Stamps bounced right back with another scoring drive, this time they were able to put up a major after Mitchell found Reggie Begelton twice for big plays before Carey finished it off with a three-yard run. The extra point from Paredes was good to make it 13-10 heading into halftime.

The second half started with one point after a huge sack on second down by Lemon to push Edmonton out of field-goal range ending in a rouge.

Calgary immediately drove to the Edmonton 21-yard line thanks in part to a 29-yard connection between Mitchell and Henry. The drive would be finished by Paredes hitting a 28-yard field-goal.

The Elks would settle for a field-goal from 46 yards after another Lemon sack to make the score 17-13. 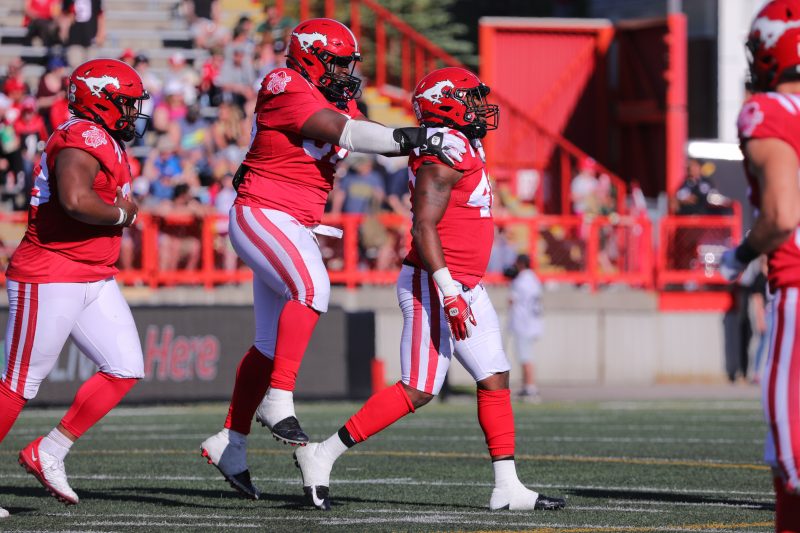 On the next Elks drive, Cam Judge picked up his first interception as a Stampeder. Calgary would immediately capitalize on good field position as Mitchell found Henry in the endzone from 29 yards out. Paredes was good on the extra point and the Stamps lead 20-17 heading into the final frame.

The Stamps and Elks would trade field goals at the midway point of quarter four, Calgary led 23-20 with just under six minutes to go.

After the Elks field-goal, Mitchell would once again find Henry deep, this time for 46 yards down to the Edmonton 14-yard line. The Stamps had a third and goal from the one-yard line with two minutes left and were able to execute thanks to a Tommy Stevens plunge, his first CFL TD. The Stamps led 30-20 with 1:52 to go.

Edmonton would hit a 47-yard field goal with 33 seconds left to make it 30-23 but weren’t able to recover the onside kick.

Calgary would run out the rest of the clock to move to 3-0 on the season.

The Stamps head into their first bye week next week.

Their next game action is Thursday July 7th in Edmonton. 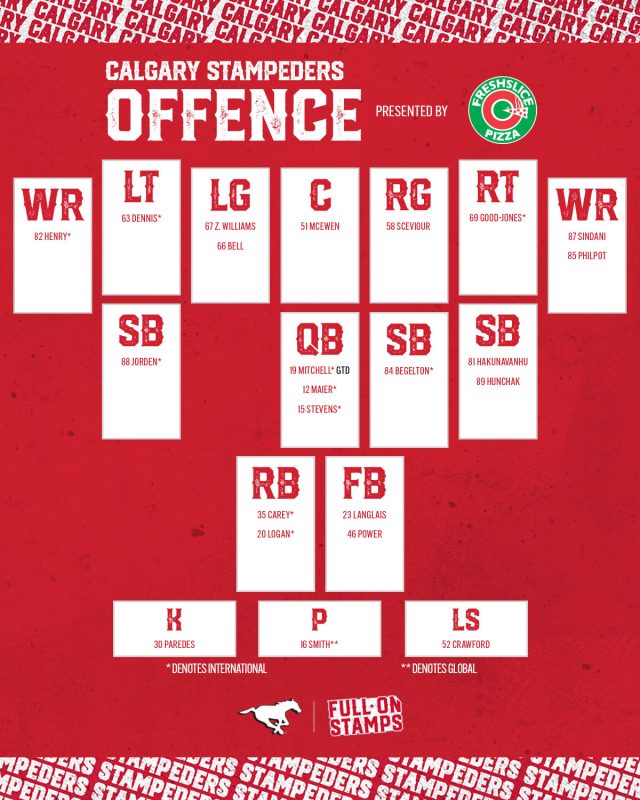 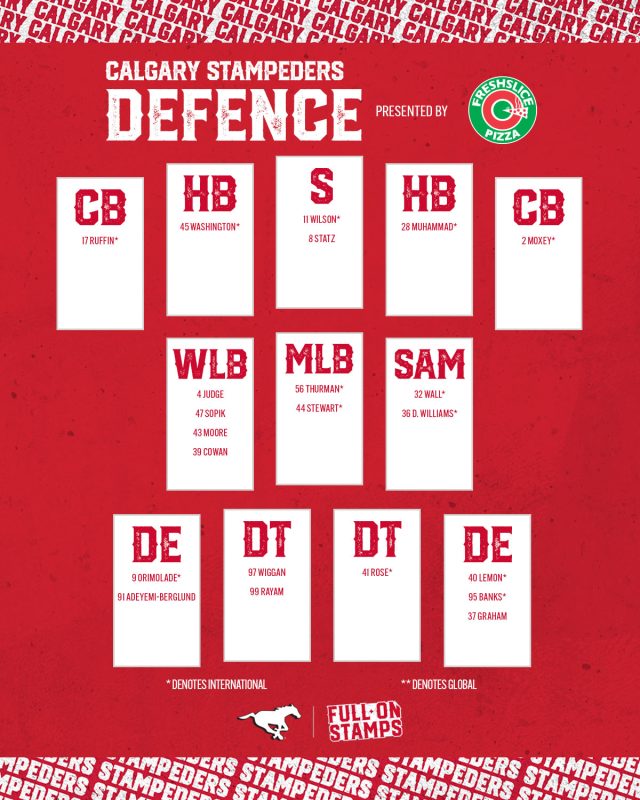