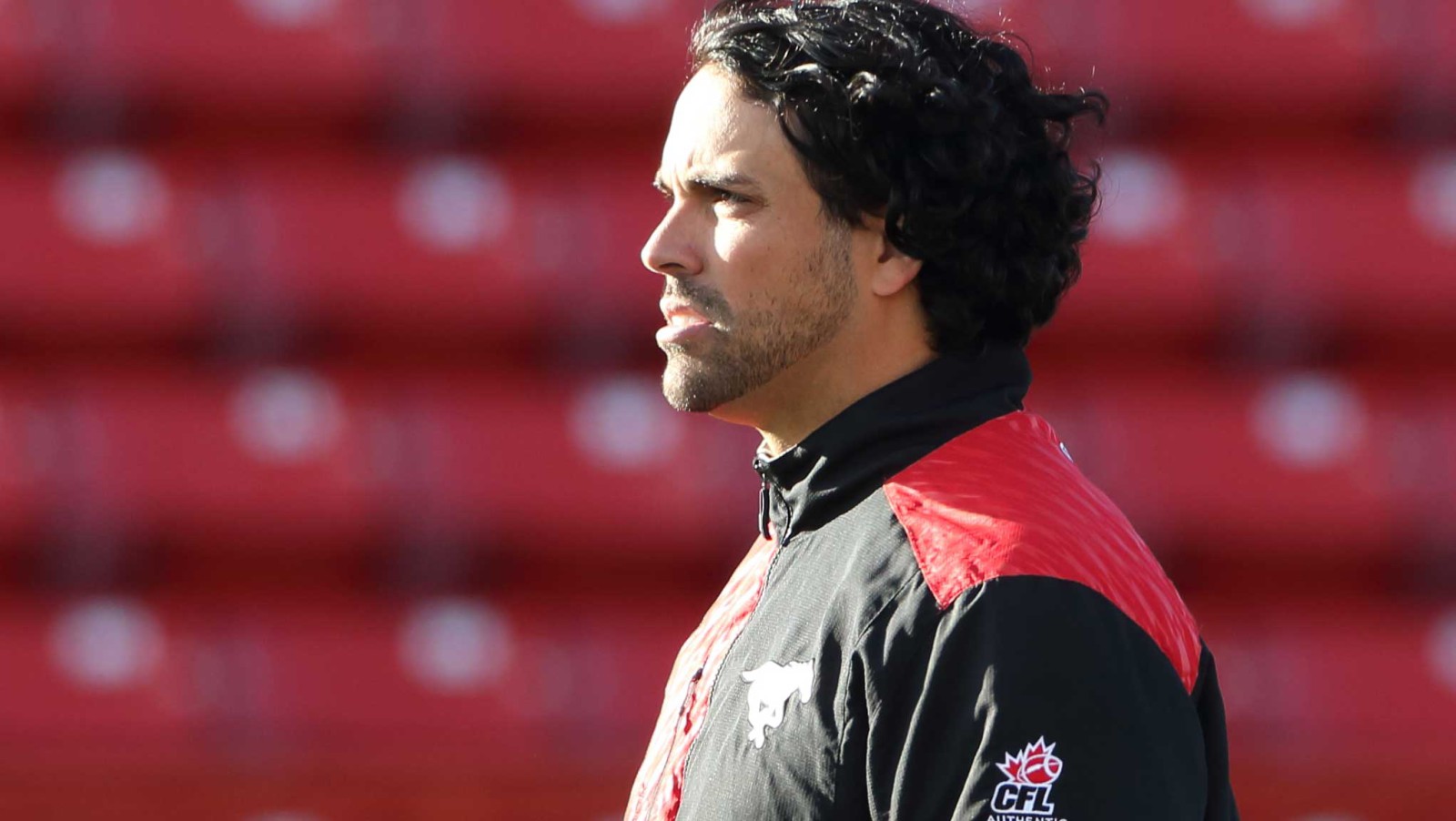 Kellogg’s has the cereal brand.

And the Stamps have Mark Kilam.

Overseeing Calgary’s special-teams unit since 2010, Kilam’s crew – consistently one of the very best in the CFL – is off to another strong start.

Kicker Rene Paredes made the game-winner in Week 1, nailed two clutch field goals in the final moments of Week 2 and is now 12-of-13 on the year.

The Stampeders are the only team to have blocked a kick so far this season.

And their opponents have yet to record a big-play return.

Plus, just last week, Peyton Logan ran back a missed field-goal 122 yards to the opposing end zone. The electrifying score was the fourth-longest such play in franchise history and the first one to occur since Larry Taylor did the honours a decade earlier.

“I think I threw my hands in the air when he was on the 10-yard line,” said Kilam with a grin, admitting he saw that Logan had a lane almost immediately. “The guys just really did a great job of working for each other and executing their assignments. Obviously Peyton is a talented kid and when it was open in front of him, he just took the space.”

At Kilam’s disposal as well is the reigning West Division all-star punter. Cody Grace missed the first three games of the season due to injury but will be making his second straight appearance with Friday’s game in Winnipeg.

Speaking of which, this week’s matchup will be arguably the biggest test to date for the Red and White’s special-teams personnel as the Blue Bombers have a traditionally stout group of their own.

For instance, the Bombers also had a return for a touchdown in Week 5. Janarion Grant ran back the game’s opening kickoff against BC, his fifth return TD in less than two-and-a-half seasons. Two of those scores came via punt returns in a game against the Stampeders at IG Field in August of 2019.

“He’s super sudden,” warned the longtime coordinator, who added the title of assistant head coach three seasons ago. “He’s a guy that can ruin the game if you let him. We’re focusing on what we’re doing and how we’re hitting the ball and how we’re fitting the point of attack. They’ve got a good group over there. It’s a veteran group and they play well when they’re at home and we’re going to have our hands full.”

Now in his 18th season with the team, Kilam praised other key cogs in Winnipeg’s special-teams contingent coached by Paul Boudreau since 2016. The Bombers boast the CFL’s scoring and punt-yardage leader in Marc Liegghio and the three-down game’s all-time special-teams leading tackler in Mike Miller.

“Mike Miller is the GOAT (Greatest Of All Time),” complimented the Lethbridge, Alta., native and former University of Alberta linebacker. “No one’s done it better than him for as long as him. They’re a tough group and they know how to play. It’s going to be a good matchup.”

One could see how Calgary may be due for a return touchdown against the Blue Bombers. Since 2017, the combination of Roy Finch, Tunde Adeleke, Romar Morris, Terry Williams, Roc Thomas and Logan has had a house call against every team with the exception of the Blue and Gold.

“We’re just focusing on how we’re playing,” cautioned the ever-scheming Kilam. “That’s the most important thing – are we improving from week to week and are we playing our best? If we are, I like our chances.”

You can’t perform at your best without a good breakfast.

Much like the Stamps can’t take over first place on Friday without a stellar special-teams performance.