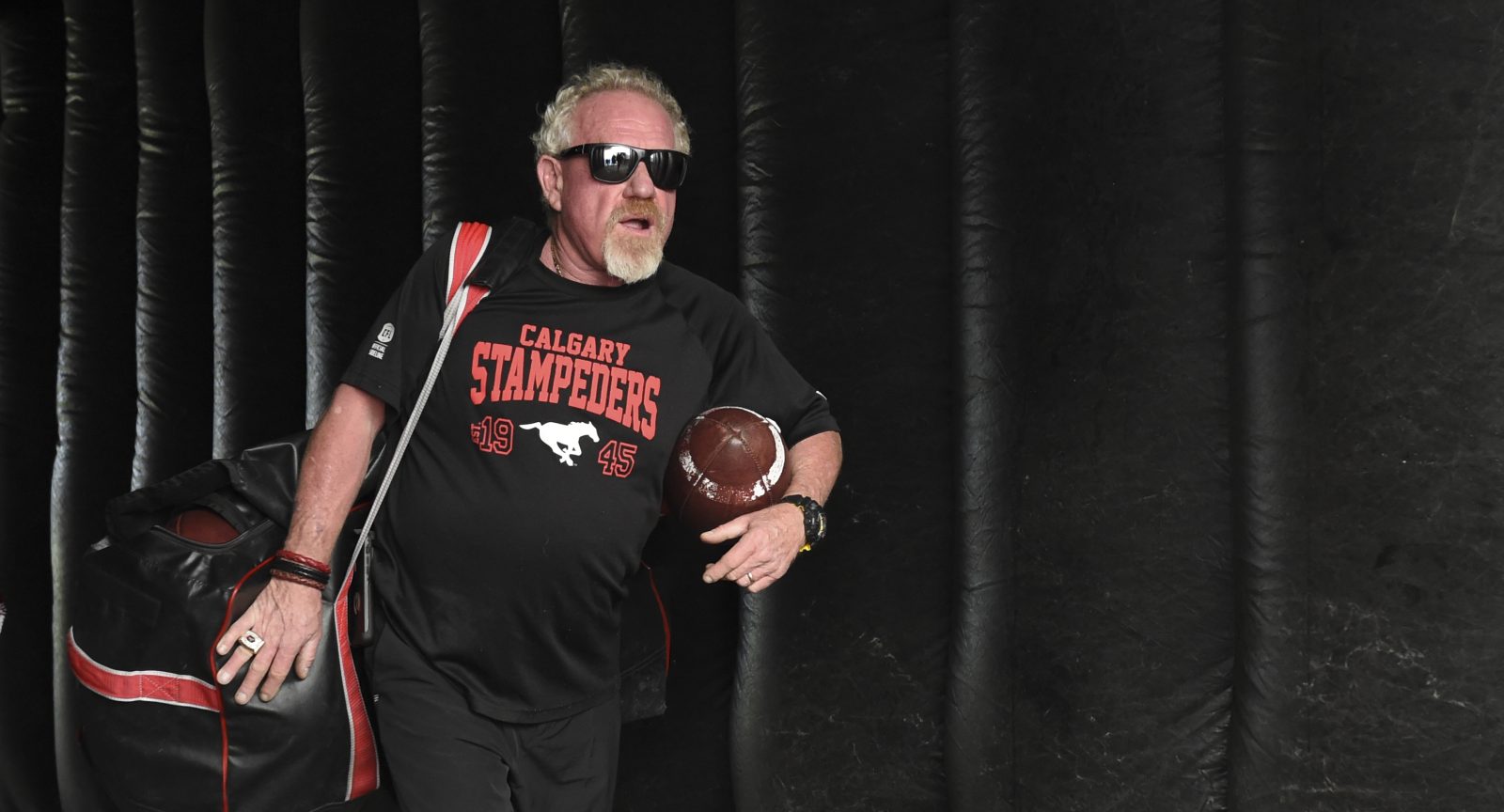 Longtime Calgary Stampeders equipment manager George Hopkins is on the verge of a historic milestone.

On Friday when the Stamps take the field at Ottawa’s TD Place Stadium for a game against the Redblacks, Hopkins – known to everyone as “Geo” – will be working his 1,000th game on the sidelines for the Red and White.

“On behalf of the entire organization, I congratulate Geo on the occasion of his 1,000th game,” said Stampeders president and general manager John Hufnagel, who was a Stampeders quarterback when Hopkins became the club’s equipment manager in 1977. “I’ve known Geo for a long time and I’ve seen his passion and commitment to the Red and White. He’s been a big part of this franchise for almost two-thirds of its 77-year history and there aren’t many people in the CFL who are more closely associated with a team than Geo is with the Stampeders.”

Hopkins started his association with the Calgary Stampeders in 1972 when he was 13 years old and hired as a ball boy. He then became the assistant to longtime Stamps equipment manager George Dunn before taking over the top job in 1977 at the age of 18. Since then, under 13 different head coaches and in 26 different stadiums, Hopkins has been a fixture on the Stampeder sidelines.

The 2022 season is Hopkins’ 50th with the Stampeders and in 45 campaigns as the equipment manager, he has missed only five games – one in 1992 because of the birth of his daughter Jorde, two in 2012 because of rotator-cuff surgery and two in 2016 because of illness.

Hopkins was added to the Stampeders’ Wall of Fame in 2014.