Stamps Finish The Regular Season With A Win 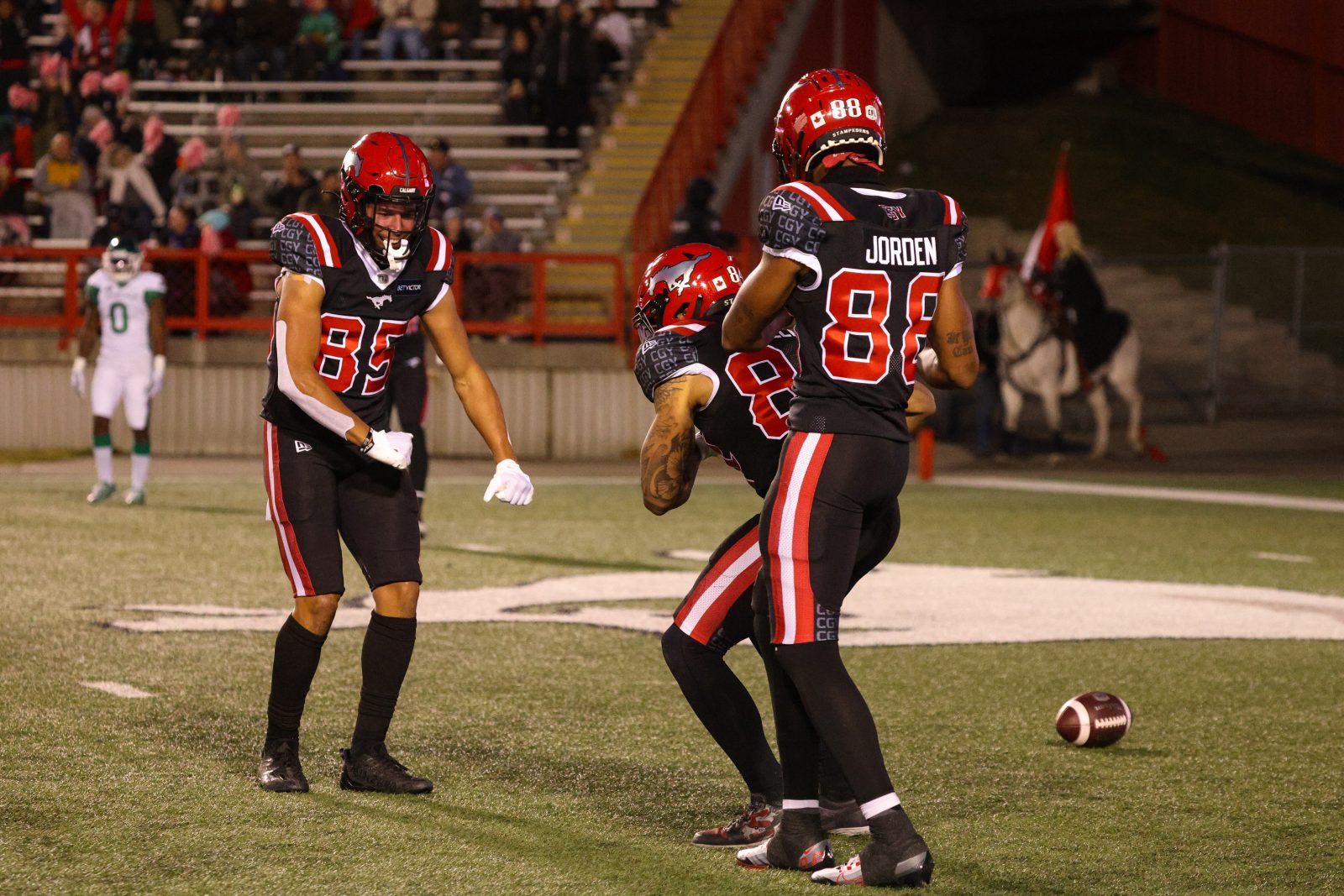 Stamps Finish The Regular Season With A Win

It was a dominating 36-10 victory for the Stampeders over the Saskatchewan Roughriders in their final game of the regular season.

Calgary finishes the season 12-6 and will head to BC to take on the Lions next week in the West Semi-Final.

Jake Maier played the first half and went 13-for-16 for 105-yards and a touchdown.

Dedrick Mills ran the ball 14 times for 125-yards and one touchdown.

Reggie Begelton caught the ball six times for 60-yards and one touchdown finishing the season with 957 receiving yards.

On defence, Silas Stewart had eight tackles to lead the way. 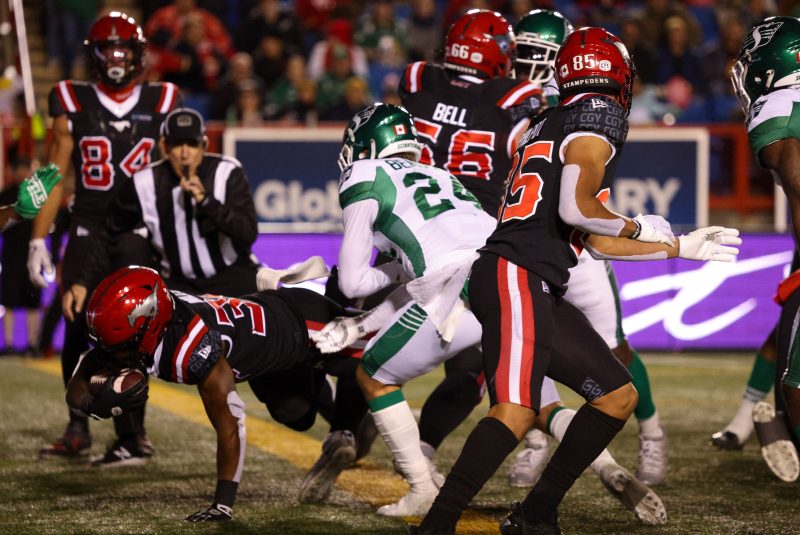 It was a defensive start for both teams on Saturday night.

The Stampeders forced a Riders two-and-out on the opening drive. Calgary moved the ball into Saskatchewan territory on their first drive but, eventually punted the ball away.

Calgary got going on offence from an unlikely source.

Cody Grace put a punt inside the Riders 10-yardline and then ran down the field and recovered his own kick to give the Stampeders great field position.

Maier wasted no time finding Begelton in the endzone to make the score 7-0. 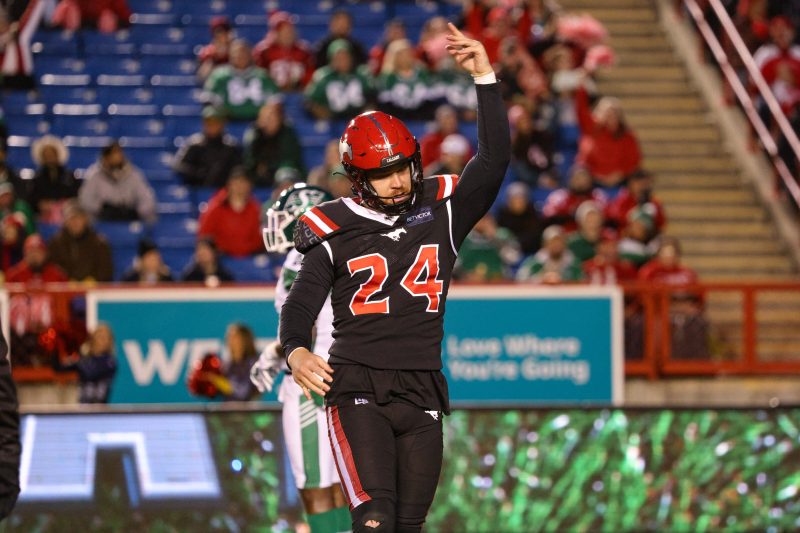 Tommy Stevens added to the Stampeders lead late in the quarter taking a QB sneak on third-and-one 85-yards for a touchdown. It’s the longest rushing touchdown of the CFL season.

Rene Paredes missed the extra point making the score 13-0 after the first quarter.

The Riders found the scoreboard halfway through the quarter hitting a field-goal from 33-yards away making the score 13-3.

The Stamps drove the field on their next possession. The drive finished off with a Mills three-yard touchdown run making the score 20-3.

Calgary got the ball back with one-minute to go in the half. Mills busted off a 42-yard run into Saskatchewan territory and then Maier completed a couple passes to set Paredes up for a 14-yard field-goal with no time left in the half making the score 23-3.

Saskatchewan came out with a strong drive to start the second-half ending in a touchdown run to make the score 23-10.

Stevens started under-centre for the Stamps to begin the second-half but, Calgary was unable to move the ball on their first drive.

Calgary turned the ball over on downs after an unsuccessful third-and-one gamble. The Riders were not able to do anything with the turnover and punted the ball away.

Paredes put one through the uprights on the next drive making the score 26-10 heading into the final quarter.

The Riders made it inside the five-yardline on their next drive but failed to convert on third-and-goal turning the ball over.

Stevens busted off another huge gain on the ground from the shadow of his own goal-posts, this time for 71-yards bringing him to 163-yards rushing on the night at that point. 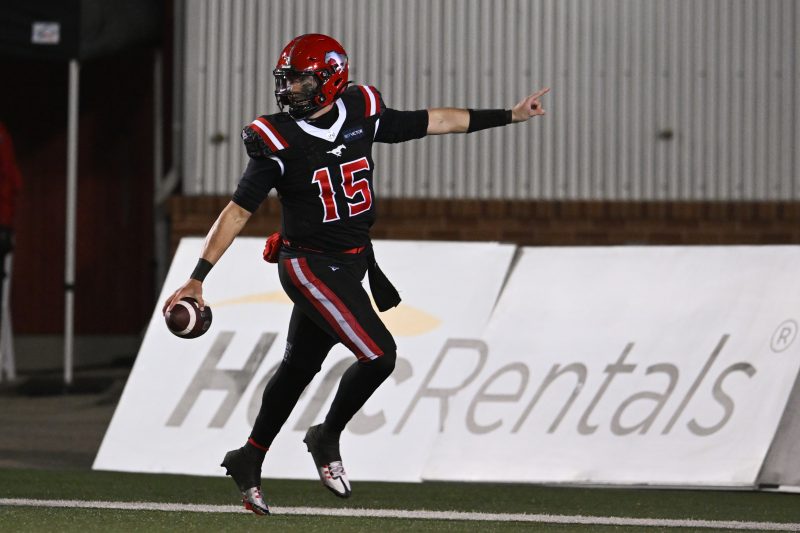 The score was 33-10 at the midway point of the final quarter.

Stamps all-time leading passer and two-time Grey Cup winner, Bo Levi Mitchell came in at quarterback late in the fourth-quarter for what could be his final time in front of McMahon Stadium fans. He led a drive that eventually ended in a Paredes 13-yard field-goal making the final score 36-10.

The Stampeders head to BC to battle the Lions in the West Semi-Final next Sunday, Nov. 6 at 2:30 p.m. 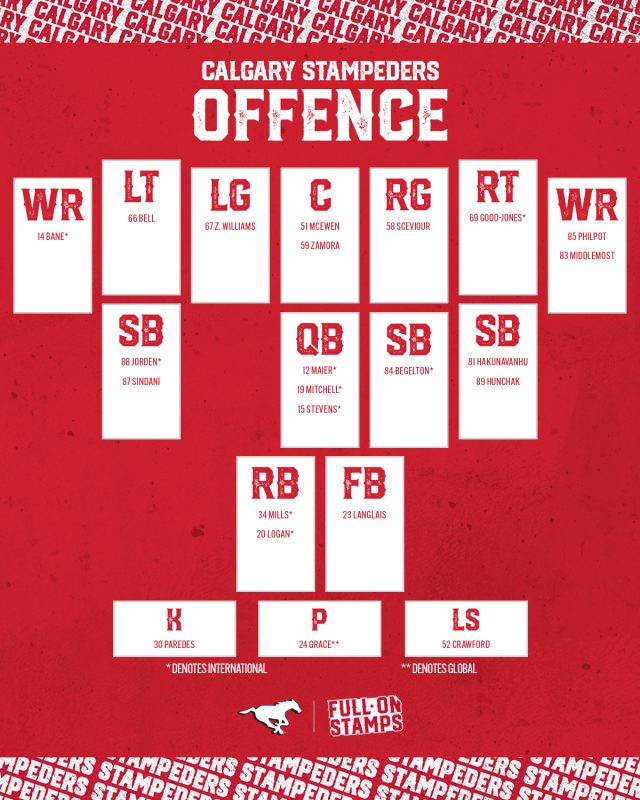 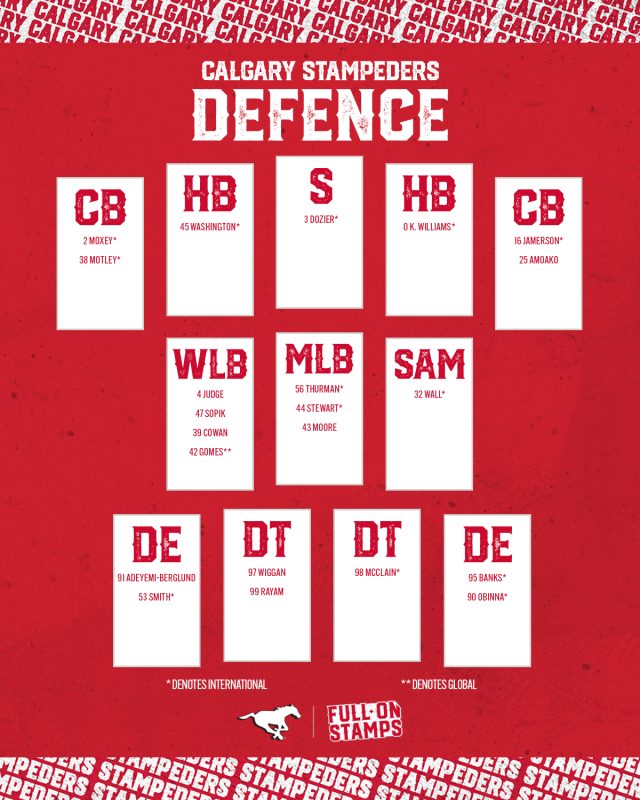