The Stampeders Fall To The Lions 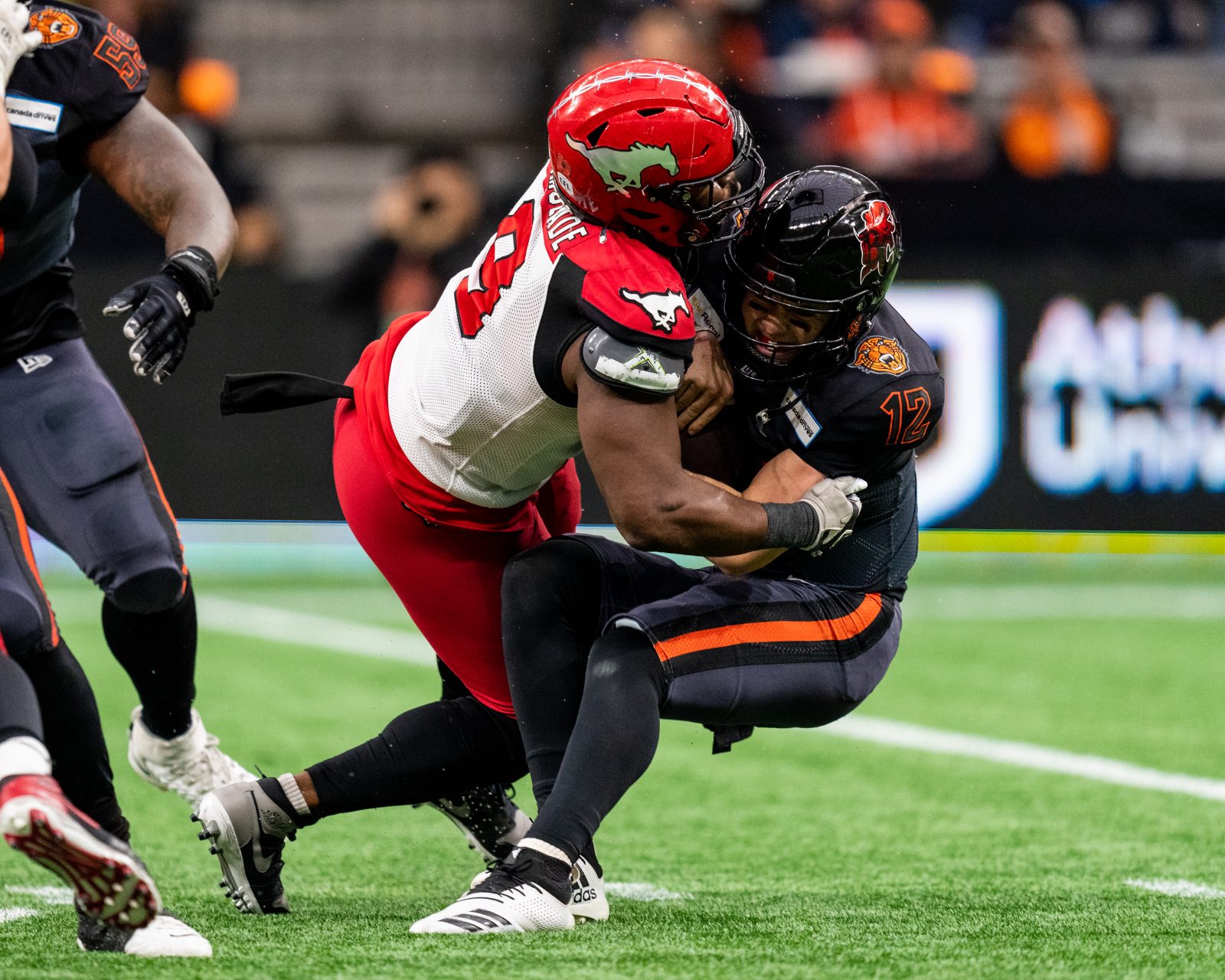 The Stampeders Fall To The Lions

VANCOUVER, BC - NOVEMBER 06: CFL Western semi-final game action between the Calgary Stampeders and the B.C. Lions on Sunday, November 6 at BC Place in Vancouver, British Columbia.

It was a battle at BC Place on Sunday afternoon but the Lions came out on top 30-16.

The Lions move on to the West-Final to take on the Winnipeg Blue Bombers next Sunday.

On defence, Folarin Orimolade has two sacks and a forced fumble to lead the way. 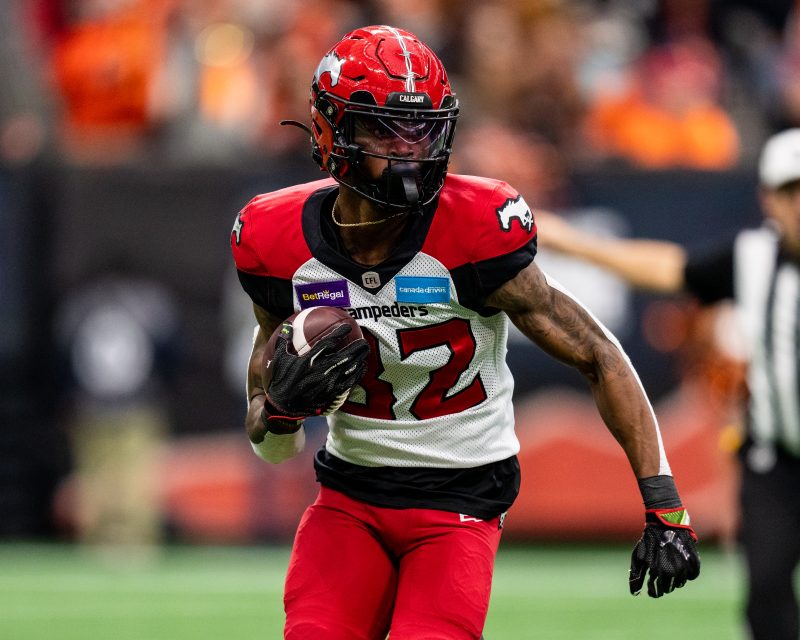 The Stampeders came out with a strong drive to start the game, marching the ball down to the Lions 25-yardline before Rene Paredes came out and hit a 32-yard field-goal to make the score 3-0 early.

The Lions countered with a field-goal on their first drive to even the game up, 3-3 after the first quarter.

BC would take the lead with another field-goal on their as Shawn Whyte hit from 41-yards away to put them ahead 6-3.

The Lions were moving again before Orimolade forced a fumble that was recovered by Jonathan Moxey. That led to another Paredes field-goal to even the game up 6-6.

BC picked up the first major of the game in the middle of the second quarter as Bryan Burnham caught a pass from Nathan Rourke making the score 13-6.

The Lions had a chance to add to their lead heading into the half but Cam Judge and Orimolade came up with back-to-back sacks to push the Lions out of field-goal range and the first-half ended 13-6.

BC hit a big play on the first pass of the half but Orimolade came up with another huge sack to force them out of field-goal range and the Lions punted the ball away.

Calgary moved the ball nicely on their first, second-half possession starting with a 32-yard catch and run by Carey. They got to the Lions 19-yardine but failed to gain the yards necessary on third-down and turned the ball over.

The Lions would find the endzone again as on third-and-short they faked the sneak and threw the ball into the endzone to make the score 20-6.

The Stampeders crossed half again on their next drive but we’re unable to finish and punted the ball away.

Calgary brought in Bo Levi Mitchell with 11:00 to go in the final quarter. He drove the field thanks to two big catches by Henry that totaled 59-yards but the Stamps settled for a field-goal to make the score 20-9.

The Lions however, would put the final nail in the coffin as Rourke threw his second touchdown of the day on the next drive making the score 27-9 late in the final quarter.

The Stampeders would put a drive together with two-minutes left on the clock and found the endzone on a one-yard Tommy Stevens touchdown plunge to make the score 27-17.

BC recovered the onside kick and converted a long second-down finishing the drive with a field-goal to make the final score 30-16.