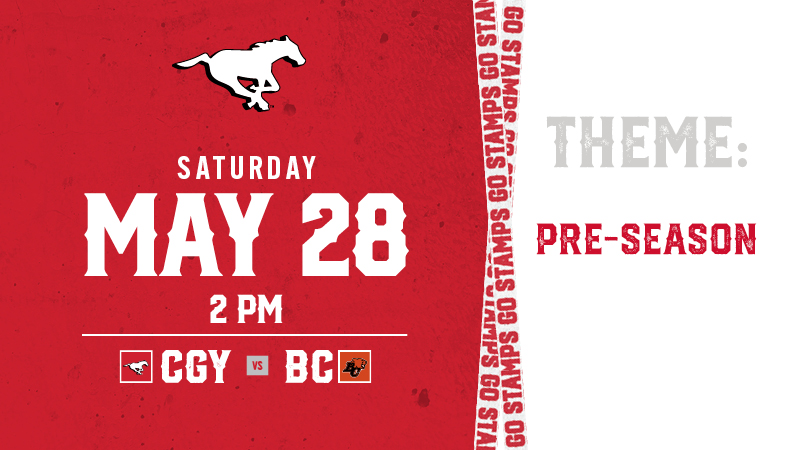 The off-season wait is finally over! Don’t miss out on your first chance to see the Red & White back in action. On Saturday, May 28 at 2 p.m., bring your friends and family down to McMahon Stadium to watch the Stamps take on the Lions at our 2022 pre-season game! 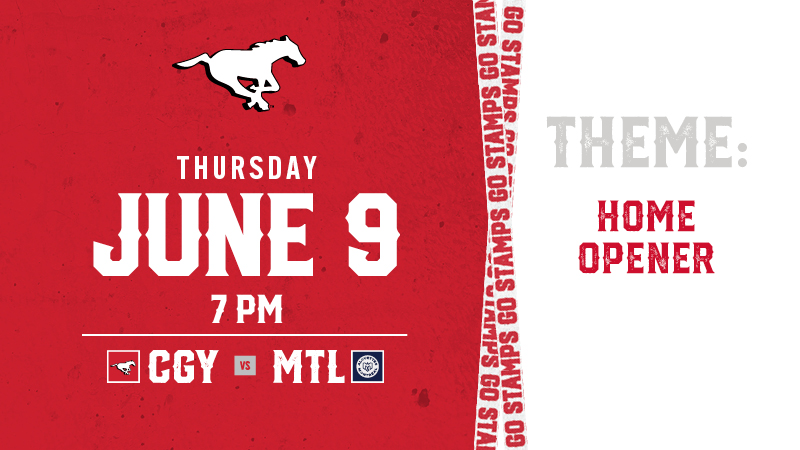 Welcome back to OUR HOUSE! The Stampeders kick off the entire 2022 CFL season with our Home Opener on Thursday, June 9 at 7 p.m. as we take on the Alouettes. The boys are back for a full season of football and we can’t wait to welcome all the red & white supporters back to McMahon Stadium! 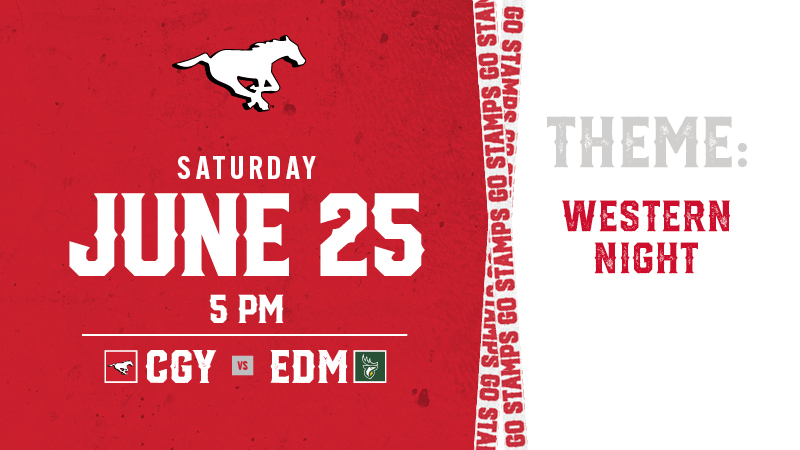 Is it YAHOO or YEEHAW? What better way to celebrate Alberta than a Wild West showdown between Calgary and Edmonton!? On June 25 at 5 p.m., join us for our Western Night. The official marching band of the Calgary Stampede–the Stampede Showband will be on hand to provide entertainment and a sneak-peek of what’s to come at the Greatest Outdoor Show on Earth. PLUS, arrive early for our Gridiron Gardens pre-game tailgate party presented by Coors Light, featuring tons of fun activities, live music, beer gardens and midway themed snacks for all to enjoy! 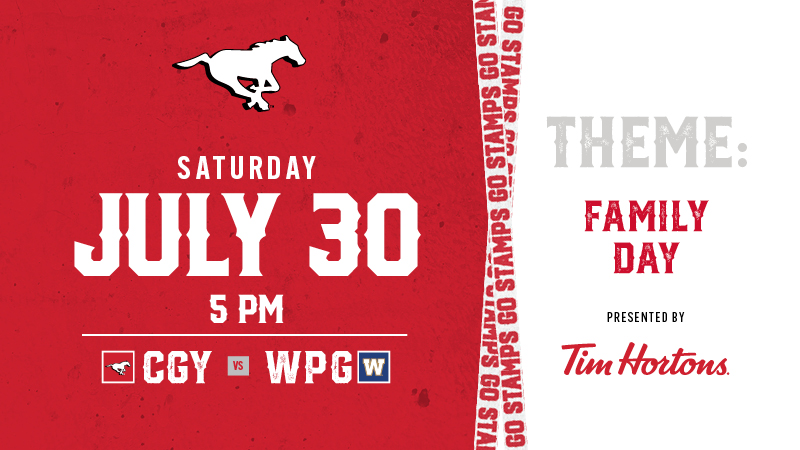 Round up the entire family and head to McMahon on Saturday, July 30 to watch the Stamps take on the Blue Bombers at our Family Day game presented by Tim Hortons. Kickoff is at 5 p.m., but make sure to arrive at the Stadium early for our FREE pre-game family tailgate party at the Gridiron Gardens. Kids of all ages can enjoy interactive inflatables, face painting, games, giveaways, music, food and much more! Plus, don’t miss one of the cutest and memorable halftimes of the season when all of the Junior Outriders perform! 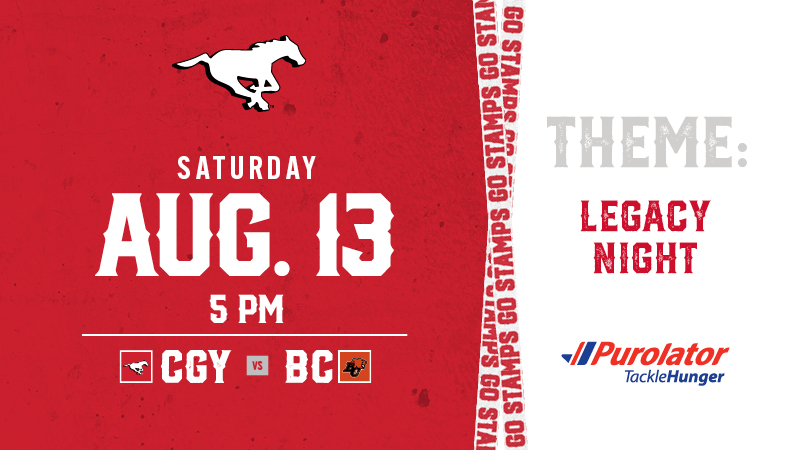 Join us on Saturday, Aug. 13 at 5 p.m. as the Stamps host the Lions at McMahon for our Legacy Night game. We will be honouring notable Stamps Alumni throughout the game and paying tribute to our history by revisiting some of the best moments of Stamps football. Arrive early for our pre-game Legacy Night Gridiron Gardens tailgate party presented by Coors Light, including live music, alumni meet-and-greet opportunities, food, beer gardens, games, prizes and more! Plus, help us tackle hunger! Fans are encouraged to bring non-perishable food items or cash donations to the game in support of the Purolator Tackle Hunger program. 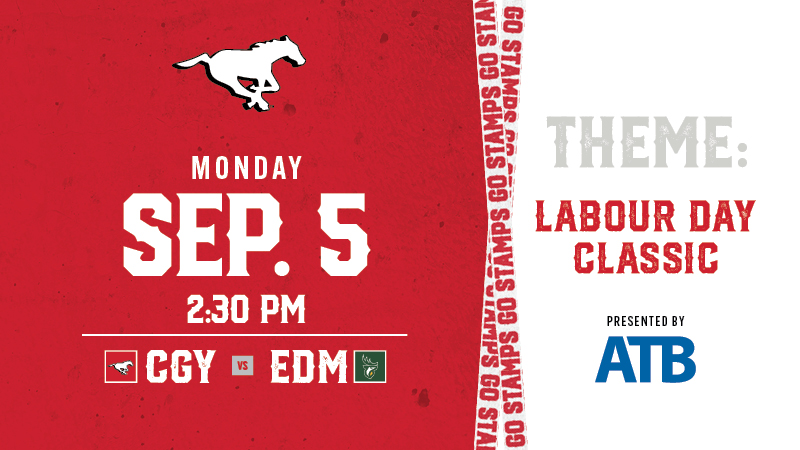 The one, the only, the Classic. It’s the most anticipated game of the season–the Labour Day Classic presented by ATB! Join us on Monday, September 5 at 2:30 p.m. as the Stamps host the Elks at McMahon Stadium. All throughout the game, we will be giving a huge salute to the Canadian Armed Forces. Plus, arrive early for a pre-game family friendly Labour Day Tailgate Party at the Gridiron Gardens! There will be music, player autographs, inflatables, face painting, and in honour of the Canadian Armed Forces we will have military interactive stations, as well as, Calgary Police Service and Calgary Fire Fighters on site. 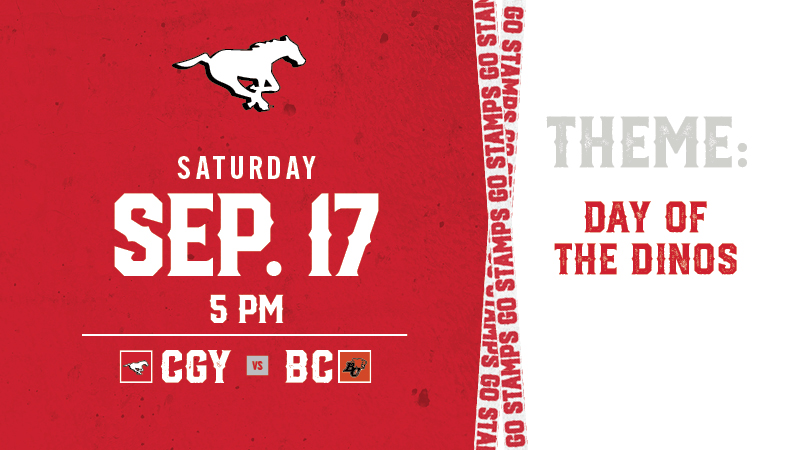 THEME: DAY OF THE DINOS

Classes may be back in session–but that doesn’t mean the summer fun has to stop! The Stamps are hosting the Lions at McMahon on Saturday, Sept. 17 at 5 p.m. for the Day of the Dinos game. All fans in attendance can expect a celebration of the long and rich history the club has with the University of Calgary Dinos Athletics program throughout the evening. The team is committed to the growth of amateur football within the community which is why you’ll want to stay in your seats at halftime as future U of C Dinos stars will take the field for Timbits football! 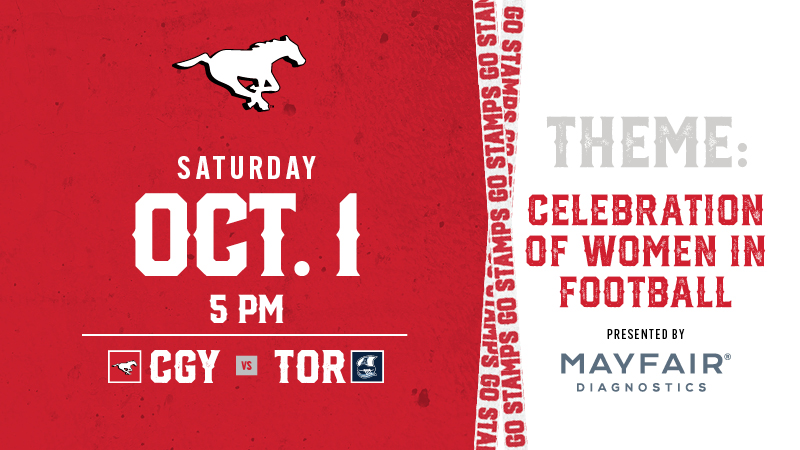 THEME: CELEBRATION OF WOMEN IN FOOTBALL

Join us on Saturday, Oct. 1 at 5 p.m. when the Stamps take on the Argonauts at McMahon Stadium for our Celebration of Women in Football presented by Mayfair Diagnostics. Our fight against women’s cancers continues once again this year with limited-edition pink merchandise available for sale at the game for $25 per item with all proceeds going to Wellspring Calgary. Arrive early as the pink merchandise typically sells out prior to kickoff! 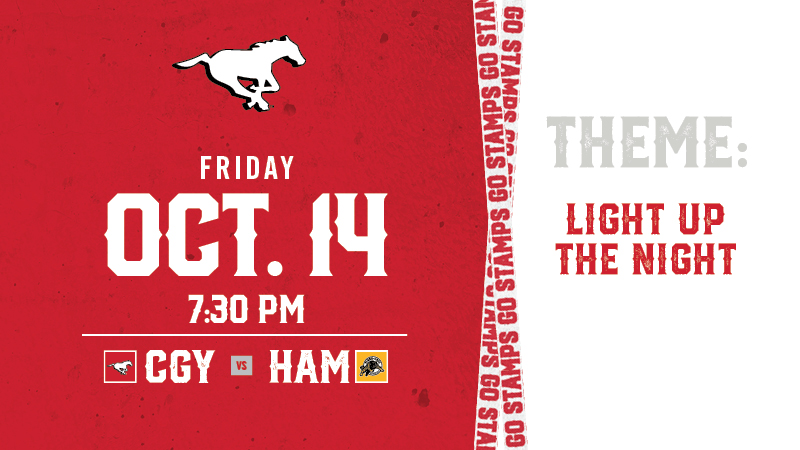 THEME: LIGHT UP THE NIGHT

Football, Friday night lights and a post-game fireworks display–does it get any better than that!? On Oct. 14 at 7:30 p.m., join us for our Light Up The Night game. Make sure to stay in your seats after the game for an incredible fireworks display set to a soundtrack of great tunes! 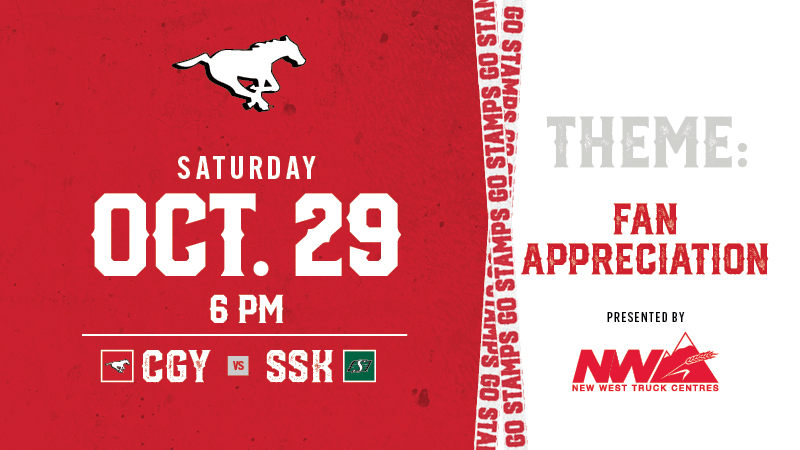 The Stamps will host the Riders at McMahon on Saturday, Oct. 29 at 6 p.m. for our Fan Appreciation game, presented by New West Trucks. Fans of all ages are encouraged to dress up in their favourite Halloween costume to be eligible to win great prizes throughout the game. Tonight’s game also marks the signature Jersey Off Our Backs event where lucky fans will be selected at random to win an authentic game-worn Stampeders jersey and meet their selected player on the field after the game!