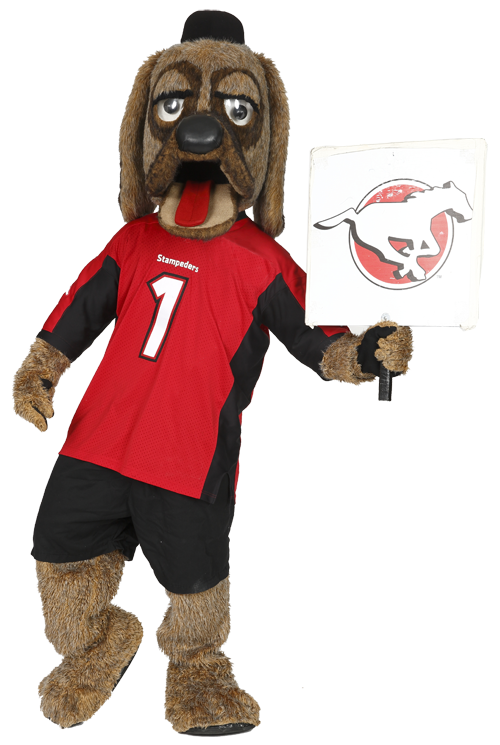 First ever CFL mascot and the only mascot in the CFL with five Grey Cup Rings. Ralph enters his 41st season as the #1 fan and mascot of the Stampeders. Voted best tweeting canine, MVP (most valuable pooch) and fan’s best friend multiple times during his career. In addition to his game-day activity, he is an active member of the community.

Kibbles and bits of info

>> Request Ralph for an appearance

When the Calgary Stampeders score a touchdown at McMahon Stadium, the Stampeder Touchdown Horse along with rider Chelsea Drake lead the charge down the east sidelines as the crowd erupts in unison to celebrate.

The long-standing tradition at Stampeder football games was enhanced in 1993 when the Stampeders introduced a white gelding to match the team’s trademark logo, the white mustang. “Quick Six” was introduced in 2003 and continues until the present day.

Chelsea Drake, the other half of the Calgary Stampeders Touchdown Horse tandem, became the rider in 2016. She is the daughter of Karyn Drake, who served as the touchdown horse rider for the previous 23 years and remains with the Stampeders in the role of backup rider.