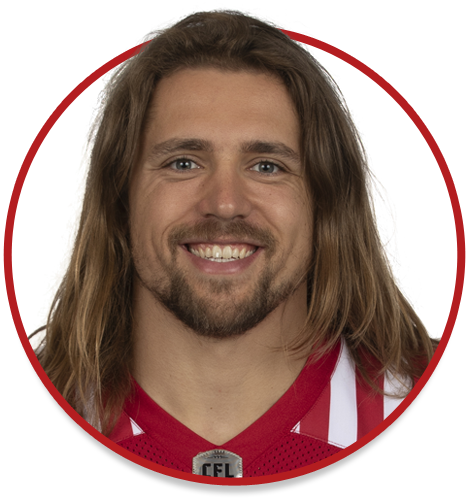 (Calgary) Milanovic-Litre was under contract with the Stampeders but the season was cancelled because of the global pandemic.

(Calgary) Milanovic-Litre suited up for 17 regular-season games, registering 40 rushes for 158 yards and one touchdown as well as the first nine catches of his career for a total of 81 yards. He also had one defensive tackle and was third on the team with 11 special-teams tackles. In the Western Semi-Final, he recorded three carries for 21 yards.

(Calgary) Milanovic-Litre first got into the lineup for Game 3 and in six games he had three special-teams tackles. He saw playing time on offence against Hamilton on July 29 and had eight carries for 26 yards and scored his first CFL touchdown. He had one special-teams tackle in the Western Final and was also in uniform for the Grey Cup.

In 38 career games over four seasons (2013-16) at Simon Fraser, Milanovic-Litre saw action at both tailback and fullback. He rushed for 789 yards and two touchdowns while making 72 catches for 516 yards and one score. As a junior in 2015, he was second-team all-Great Northwest Athletic Conference after rushing for 648 yards and making 38 receptions for 272 yards.

Milanovic-Litre is a graduate of Notre Dame Regional Secondary School in Vancouver. He played both offence and defence in high school and also did some punting.