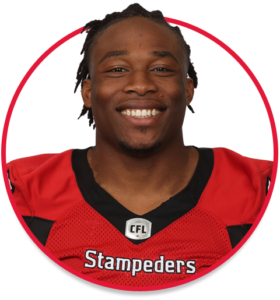 Pro path
Robo was selected third overall by the Montreal Alouettes in the 2019 CFL European draft. He was signed on May 15, 2019, and released at the conclusion of training camp on June 8, 2019.

College
Robo had 677 rushing yards and six touchdowns over his four-year (2014-17) career at Montreal. In his final season with the Carabins, he had 56 carries for 484 yards and four touchdowns in six games. His 8.6 yards-per-carry average was the highest in the Quebec conference. Robo also had 12 catches for 157 yards.

Personal
Robo ran the fastest time among Global players – and third-fastest overall – at the 2019 CFL combine. He was a soccer player until playing football for first time when he was 18 in Marseilles, France.